Nihonshu or rice wine (more popularly known as sake) has been an integral part of the Japanese cuisine for more than two thousand years. More than just a beverage, it is among other venerated icons of Japan such as geishas, samurai warriors, and cherry blossoms. The traditional drink of Japan is now the toast of the world! 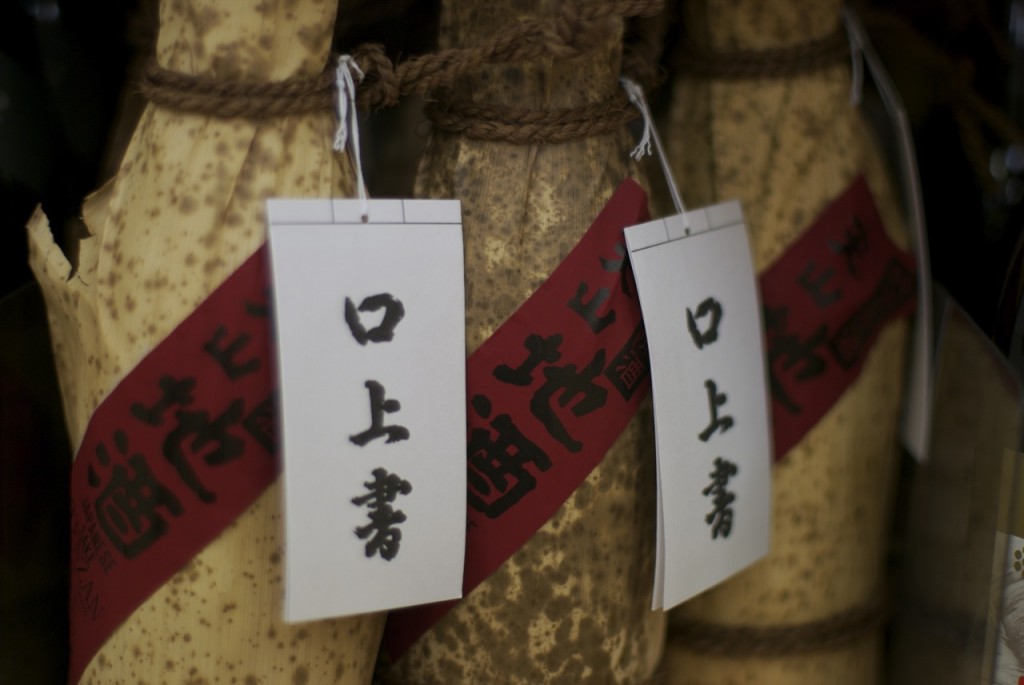 Sake actually originated in China, about 3,000 years ago, but it made its way to Japan with the introduction of wet rice cultivation. The profound connection between Japanese society and rice turned this humble brew made from fermented glutinous rice into a drink of great importance. It was deemed a suitable offering to the gods at religious festivals and was used in various purification rituals. Sake was also for celebrating special occasions with family, especially in revering their elders. 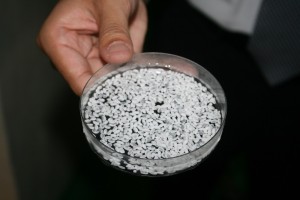 The rice used for brewing sake is called shuzō kōtekimai. Above, Yamada Nishiki and Akebono rice have been polished to remove the bran. (Photo: TY KU Sake & Spirits)

Spirit within rice
Often called rice wine, Sake is really a type of beer. Water, koji mold (Aspergillus oryzae), and yeast are added to steamed rice to kick-start the fermentation process that converts starch into sugar, and sugar into alcohol. Although that sounds like standard food chemistry, sake brewers have a few tricks up their sleeves to embellish the potion created by this natural process. Over the centuries, they have developed different strains of microorganisms and rice varieties that impart important flavor elements in sake.

In Japan, each region has its own designated varieties of rice exclusively used for brewing sake called sakamai rice. There are at least 80 varieties of sakamai rice including heirloom and new types, among them Yamada Nishiki, Omada Nishiki, Akebono, Gohyakumangoku, and Tamazakae. Technically, table rice can be used for making sake. But, sakamai rice has bigger and softer grains, and higher starch content that is more concentrated in the grain’s core. As starch content rises, so does the quality of the sake. 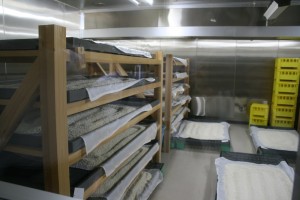 A victim of fashion
The popularity of sake in Japan peaked in the 1970s and then started to dramatically decline with the proliferation of imported alcoholic beverages following tariff reductions. Sake consumption also suffered when the beverage fell out of favor with the younger generation. Once held in high regard, sake suddenly became a second class drink served mostly in cheap bars.

Sake in the Big Apple
Some 10,850 kilometers east of Tokyo across the Pacific and the North American Continent, one can find a rebirth of Sake in, of all places, Manhattan in New York City. Far from the rice fields of Japan, it was here around six years ago that Andrew Chrisomalis, an American with a taste for things Japanese, re-imagined sake to be a cool and sassy beverage for the smarter, younger set.

“Our sake is authentic in the most important way,” says Mr. Chrisomalis, the chief executive of TY KU Sake & Spirits. He uses Yamada Nishiki and Akebono rice and strictly follows the artisan tradition of how sake is produced in the small breweries of Japan. “But at the same time, we want to promote a modern approach and spin,” he emphasizes.

Old yet new
The result of this makeover is a line of award-winning sake that combines the beautiful simplicity of the packaging with traditional Junmai, Junmai Ginjo and Junmai Daiginjo sake. TY KU also reinvents sake by infusing it with coconut (Coconut Nigori sake). 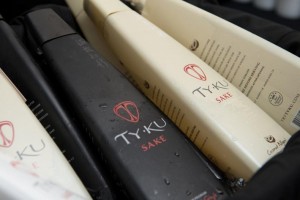 TY KU Sake is also getting a push from CeeLo Green, the American singer-songwriter, record producer, and actor. He is famous for his hit records and for his stint as a coach on the American talent show The Voice. At first glance, Mr. Green, who is part owner of TY KU, and sake may appear as incongruent elements that don’t quite fit together. But he says he found the brand “original, unique, and uncharted territory,” which could also be used to describe him. TY KU is all about discovering better and different ways to enjoy and share the moment, he adds

But ultimately, the goal is to make TY KU Sake, which is the fastest growing sake brand in the U.S., a premium brand name. “We want to be the first premium sake call brand,” Mr. Chrisomalis says. “Like when someone says, ‘I’ll have a Patrón, a Jack Daniels, or a Johnnie Walker, we want a sake drinker to say, ‘I’ll have a TY KU.’”

For beauty’s sake
The slowdown in the sales of the beverage in Japan has prompted some companies to launch sake-based beauty products. This is not entirely new. Japanese Geisha have used sake as part of their beauty regimen for centuries. The kojic acid in sake is said to be effective in reducing age spots and freckles.

But it was the American multinational consumer goods company, Procter & Gamble (P&G), that turned sake into a global beauty product that generated sales of more than $1 billion in 2012. P&G’s SK-II line uses a natural byproduct that was discovered in sake breweries in Japan. Scientists noticed that the hands of elderly workers were extraordinarily soft and youthful-looking, according to the company’s website. Many years of research attributed it to constant contact with the yeast fermentation process. “SK-II has become a special secret shared by celebrities such as Cate Blanchett,” the company said.

There must have been millions of toasts made with sake throughout the centuries. Based on the resurgence of its popularity, millions more are yet to be made.