Corinne Mira Marfori-Nazarea is one of the scientists at IRRI working on rice biofortification. “I think our efforts will make a difference when we develop a new high-yielding rice variety that contains high levels of zinc,” she said. “It will resolve the problem of insufficient micronutrients such as zinc not only in the Philippines but in other countries as well.” 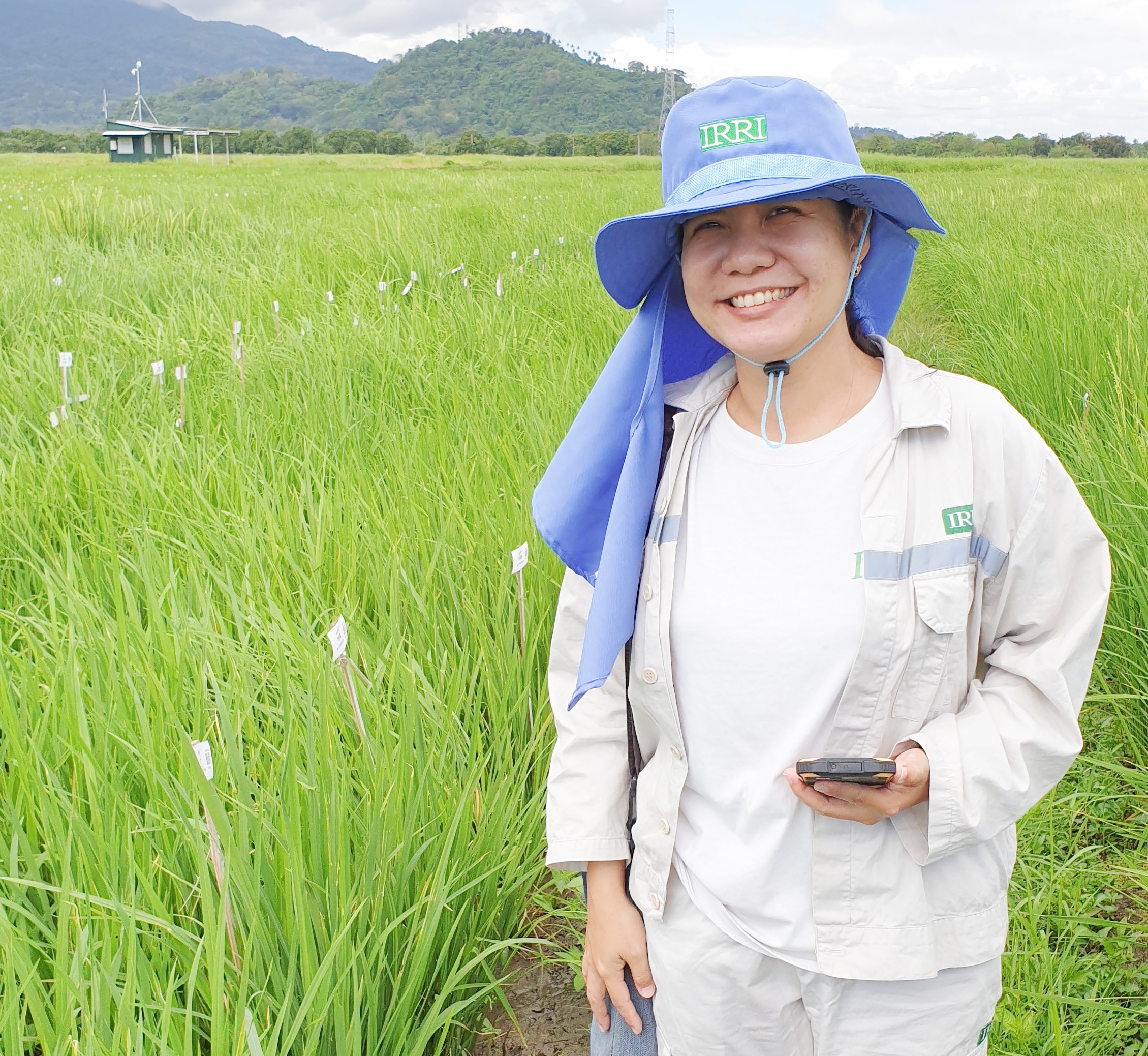 .
Biofortification is the process of improving the nutritional quality of food crops through agronomic practices, conventional plant breeding, or modern biotechnology. The biofortification of staple crops such as rice is one of the sustainable and cost-effective food-based strategies for addressing the global public health problem of micronutrient malnutrition, especially in developing countries and communities where supplementation and conventional fortification activities may be difficult to implement.

Initially, this technology was developed to address the widespread deficiencies of vitamin A, iron, and zinc in poverty-stricken countries. According to the UN World Health Organization, examples of biofortification projects include:

Corinne Mira Marfori-Nazarea is one of the scientists at the International Rice Research Institute (IRRI)  working on rice biofortification that are in the early stages of research. Stacked beta-carotene, iron, and zinc lines, gene-edited high-zinc rice, high-folate rice, high-lysine rice, and high-leucine rice, are among the healthier rice varieties in the breeding pipeline.

“I think our efforts will make a difference when we develop a new high-yielding rice variety that contains high levels of zinc,” Ms. Marfori-Nazarea said. “It will resolve the problem of insufficient micronutrients such as zinc  not only in the Philippines but in other countries as well.”

The economic impact of malnutrition in the country, in terms of health costs, is equivalent to USD 4.5 billion a year, according to UNICEF.

This is why Ms. Marfori-Nazarea believes that there should be more focus on scientific food research such as rice.

“The true meaning of rice breeding is to develop rice varieties that address the needs of every farmer and also the consumers, ” she said. “We encourage the farmers to use the varieties we develop and not just written about in publications. The true impact of our research is when these varieties are planted by the farmers.”

But for now, she has to attend to the current turbulent scenario brought on by the COVID-19 pandemic.

“I believe there was a budget cut across IRRI so o our plans were greatly affected by this. We want to do more but we have limited funds,” she added.

As for her professional career, Ms. Marfori-Nazarea is grateful for all the people who acted as her mentors as well as the many well-known scientists she works with in developing healthier rice varieties

“They gave me clarity and the motivation to do my work,” she said.

“I have not experienced any gender bias here at IRRI,” said Ms. Marfori-Nazarea. “I firmly believe that gender does not matter as long as you have passion in what you are doing. But women scientists need to be given the recognition, competitive compensation, and benefits we deserve to attract more women to go into science.”