The rice eel, an invasive alien species, has become a slippery problem for many farmers in Northern and Central Philippines where most of the country’s rice crops are grown. 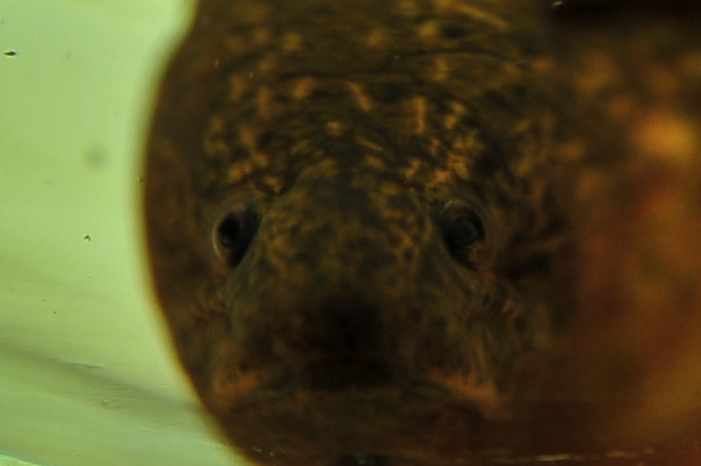 .
Just how these slithering creatures arrived in the Philippine island of Luzon is sort of a mystery. But some rice farmers in the provinces of Nueva Vizcaya and Quirino have been aware of the presence of these alien creatures as far back as 2011. Since then, they have made their way to the rice fields and fishponds in the neighboring provinces of Isabela, Cagayan, and Ifugao.[3]  They have also been found in the provinces of Cavite and Laguna, 300 km south of Cagayan.

While not from outer space, the rice eel (Monopterus albus) is foreign to the Philippines. Its natural habitat ranges from northern India, Thailand, Vietnam, Laos, Myanmar, and China. It is also known as the Asian swamp eel and rice-paddy eel, although not a true eel. Locally, they are called kiwet.

Tough survivors
At first glance, rice eels do not appear to be a formidable species. In fact, they look quite helpless. They have blunt snouts and scale-less, elongated, tapering bodies, which could reach 1.5 m long and weigh 0.5 kilos when fully grown. Their teeth are tiny. They have no means of defending themselves and can only escape predators thanks to the slippery substance coating their bodies.

But they are masters at conquering suitable environments. Their brown color makes them nearly invisible especially when they forage at night. Rice eels thrive in shallow wetlands, stagnant ponds and marshes, as well as lakes, rivers, muddy ponds, streams, ditches, canals, and reservoirs. Though they are freshwater creatures, rice eels have been found in brackish and saline waters. They can shift between water- and air-breathing. The rice eel can breathe underwater using the gills beneath its head but can also breathe through the skin.

They can survive extreme environmental conditions, including freezing temperatures or long droughts. Rice eels can travel over dry land, slithering in a snake-like fashion, to seek better habitats. During long periods of drought, rice eels burrow under the moist ground where they aestivate (a state of dormancy similar to hibernation) for many months.

All rice eels are born females, but some females develop into males as adults. The males can change back to females if there are not enough females. This natural sex change ensures reproduction occurs throughout the year. The eggs are laid in bubble nests in shallow waters. These characteristics enable rice eels to disperse widely and with great speed. 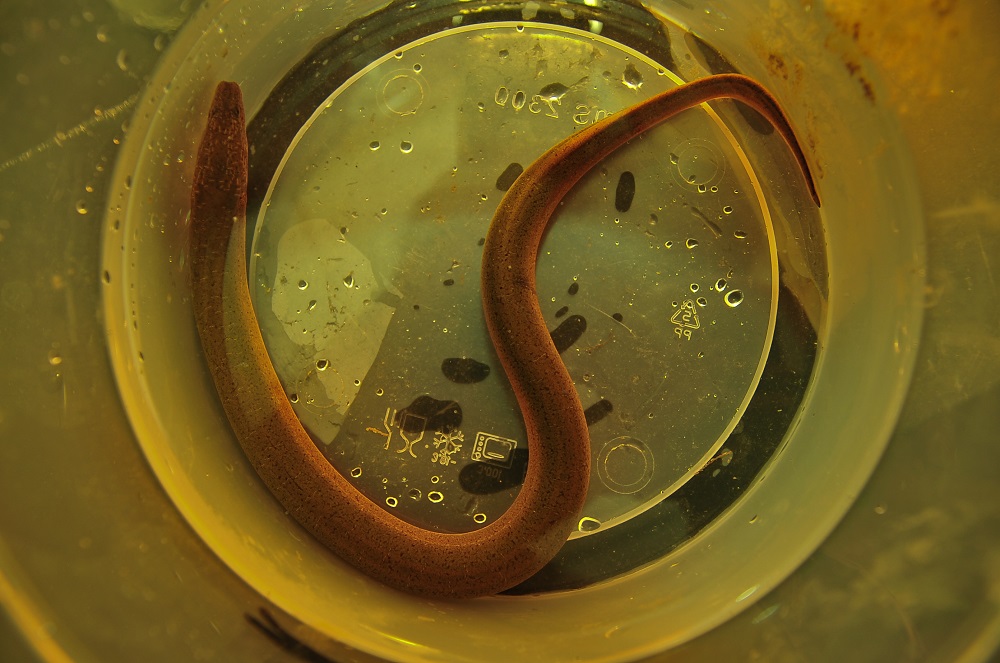 A rice eel captured in a rice field near the IRRI headquarters in the Philippines. (Photo by I. Serrano, IRRI)

.
Unwanted guests
The rice eel is one of the three fishes introduced for aquaculture in the country that have become invasive, according to the Philippine National Academy of Science and Technology. (The other two are the mudfish Channa striata and the Thai catfish Clarias batrachus).

“Rice eels could have been introduced here from abroad for commercial breeding for home aquariums and eel farms for food,” said  Angel Encarnacion, senior fishing regulations officer at the Bureau of Fisheries and Aquatic Resources (BFAR). “They could have escaped from fish farms during flooding events.”

Rice eels are voracious predators that feed on fish, shrimp, frogs, snail eggs, and aquatic invertebrates like worms and insects. While they might help control some pest species like the golden snails and mosquitoes, they also pose a threat to the native wildlife.

“Rice farmers consider them as pests because they destroy rice paddies by burrowing under the ground,” said Dr. Encarnacion. “As they loosen the soil in rice bunds, they cause irrigation water to seep from the rice fields.”

This results in higher costs for rice farmers and can result in significant declines in yield if left unchecked. 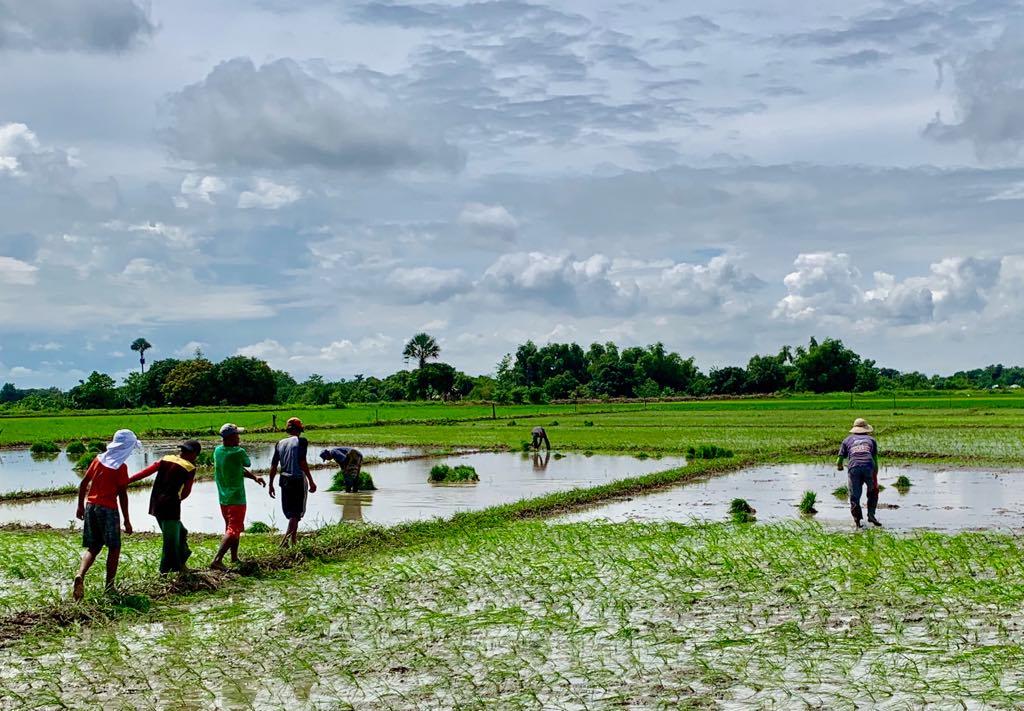 Rice fields in Nueva Ecija. The province, one of the main producers of rice in the Philippines, has been invaded by rice eels. (Photo by Gene Hettel).

.
Farmers in Nueva Ecija, reported to Philippine Rice Research Institute (PhilRice) researchers seeing “several hundred or even thousands of eels on their farms.” Nueva Ecija is one of the provinces in Central Luzon, the country’s “rice granary” which is responsible for most of the total rice production.

“With the holes made by eels, my field gets drained, while my adjacent farm is filled with water,” a farmer told researchers at PhilRice. Thus, irrigating fields is less effective where the eels are present because the water spills over to the neighboring farms. Another farmer said he had to continuously irrigate his field to prevent it from drying. A sufficient amount of water ensures good seedling establishment, crop growth, and yield.

In Nueva Vizcaya, 12 out of the 15 municipalities have been affected by the rice eel infestation. Farmers claim the rice eels have reduced their rice harvests from an average of 5 tons per hectare to 4 tons per hectare—if they’re lucky, according to several media reports.

When present in abundant numbers, the extensive burrow system of rice eels may also speed up the drying of shallow water reservoirs during droughts. This can bring about the additional risk to farms that depend on reservoirs for irrigation as well as other native aquatic organisms.

Unstoppable invaders
In the U.S.—where rice eels have established wild populations on the southeast coast,  Florida, Georgia, and Hawaii—authorities are evaluating several control schemes such as electrical barriers to deter dispersal, removal of vegetation, and trapping.

In the Philippines, no efficient method has been found to combat rice eel, according to Dr. Encarnacion. Electrofishing or using electricity to stun fish is illegal in the Philippines but at least one municipality has allowed it specifically for capturing rice eels. But electrofishing can only be done in flooded fields, and at night, when the creatures are active and venture into the open.

BFAR is currently developing other methods for control, containment, and possible eradication of the rice eel. It has already piloted environmentally friendly traps to catch rice eels in some affected localities. The device is basically a PVC pipe that measures 1m long and with a circumference of 15 centimeters. One end is covered with a plastic screen. A 30 centimeter-long cone-shape plastic screen, with its tip cut off to leave a hole, is inserted into the other end of the pipe.

The traps are left in the rice fields overnight. They attract rice eels as they provide ideal shelters for the fish. While rice eels can easily enter through the opening of the trap, they cannot get out. In some testing sites, each trap captured several eels. 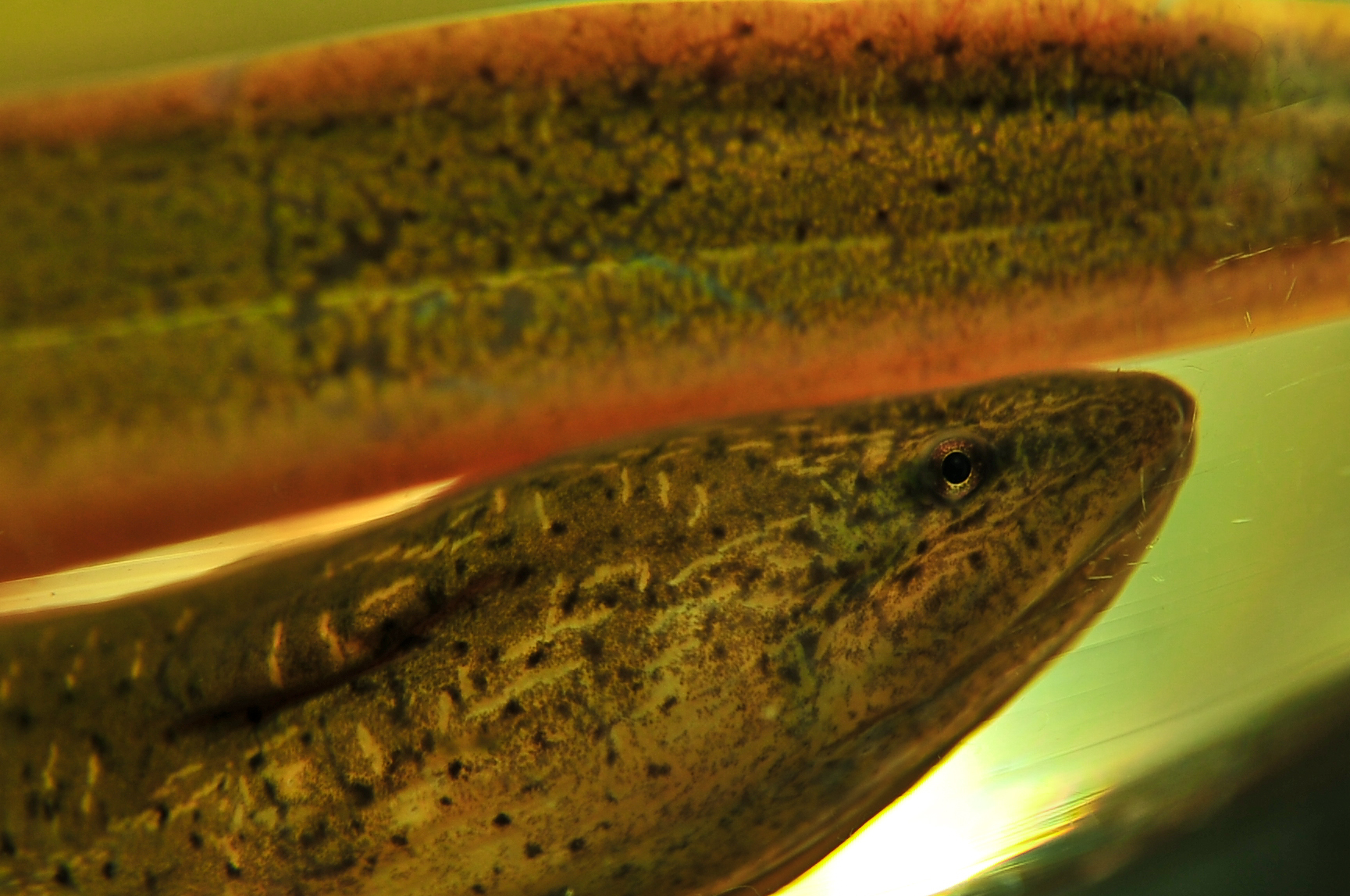 BFAR initiated the development and processing of the rice eel into a value-added product that helped control its population without the use of chemical pesticides while providing farmers with extra income. (Photo by I. Serrano, IRRI)

.
If you can’t beat them, eat them
Chemical control of rice eels is out of the question. Rice eels, it turns out, have significant value as a delicacy food item.

“There is high demand for them in several Asian countries and fish trading companies have been exporting them,” said Dr. Encarnacion. “In this way, the invasive rice eels are at least helping relieve the pressure on 5 species of endemic eels whose populations have suffered greatly from over-harvesting.”

In the Cagayan Region, the rice eels are sold to “assemblers” for about USD 2.00 per kilogram during the wet season when the animals are most abundant. The price goes up to USD 5.00 per kilogram when farms start to dry or the rice crop produced panicles.  The assemblers then sell these rice eels to “consolidators.” After which, the live rice eels are exported at a considerably higher price.