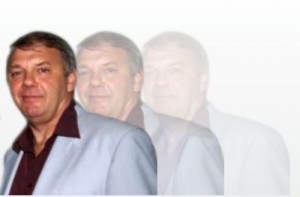 Michael Gale. A world-class scientist and citizen who will always be remembered well for his generosity in sharing his ideas and time to help solve problems that confront the developing world.

On 18 July 2009, we lost our dear friend, Dr. Michael Gale, who passed away in Norwich, England. Even though Mike was a wheat geneticist, he had a long association with rice research as he worked as a strong supporter of the International Rice Research Institute’s (IRRI) mission through his various scientific roles and advisory capacity. Each of us came across Mike in different stages of our careers, and so, our memories of him vary based on our personal experiences. Yet, we all treasure his contributions to the world as a scientist, mentor, and humanist.

Mike started his career in wheat genetics, but his work reached far beyond that. He also had a remarkable influence on rice science. His recognition of the grass genomes as colinear specifically laid the foundation of comparative genomics among plant species. His famous “Crop Ring Circle” (the concentric circles of chromosomes of different cereals and grasses) is still used in seminars and classrooms. But, his influence in rice science and among rice researchers did not really begin until the mid-1980s, when he served as the scientific advisor for The Rockefeller Foundation’s (RF) Rice Biotechnology Program. Through this program, Mike advised numerous scientists, helped shape research priorities, and generated active debates that all contributed to the creation of the vibrant rice research community that we see today.

Needless to say, Mike carried an in-depth knowledge of all aspects of genetics. We recall how he used to say, “Being a wheat geneticist is not enough. Being a rice geneticist is also not enough. You have to be a cereal geneticist.” Hence, many young looked up to him as a good mentor. His rich knowledge of science mixed with great humor made discussion with him interesting and exciting.

Moreover, one of Mike’s greatest contributions in this field of study was his advocacy to use advanced science to solve agricultural problems. After serving as the scientific advisor for the RF Rice Biotechnology Program, he worked for the infusion of cutting-edge technology in rice research. In 1997, he became one of the instigators of a working group that met in Singapore to discuss the merits of sequencing the rice genome. This resulted in an unprecedented multicountry collaboration that produced the first sequenced genome of a crop plant.

Mike served as a member of IRRI’s Board of Trustees from 2001 to 2003. He then worked for the Science Council of the Consultative Group on International Agricultural Research, in which he offered scientific advice on genetic research involving crops that are more beneficial to the poor. Within a span of 20 years, Mike helped scientists from both developed and developing nations build careers and networks among countries.

Above all, Mike was a world-class scientist and citizen who will always be remembered well for his generosity in sharing his ideas and time to help solve problems that confront the developing world. We, and many scientists at IRRI and around the world, feel privileged to have known Mike in our careers. He will be dearly missed.

Dr. Leung is a senior plant pathologist at IRRI.

Dr. Leach is a professor of plant pathology at Colorado State University.