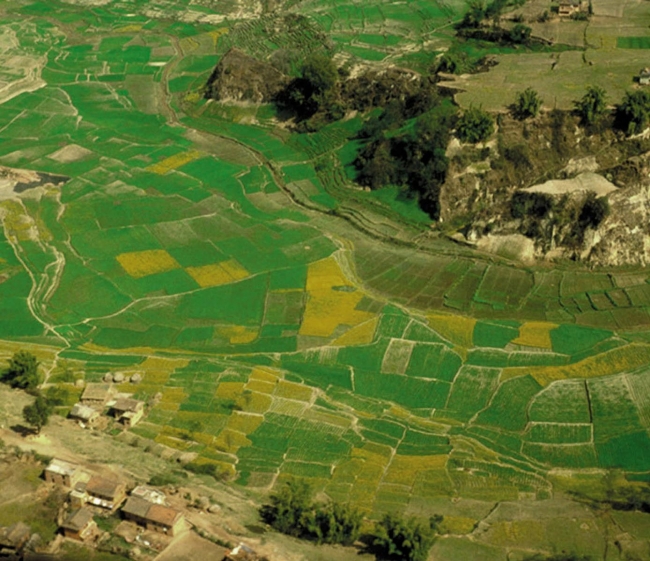 Rice and wheat grown in rotation account for one-third of the cropping area of both grains in South Asia. Maintaining soil fertility and boosting yields in the rice-wheat system are vital to improving food security in this volatile region and to restoring peace in Afghanistan. (Photo: IRRI)

Rice and wheat are traditionally planted in rotation in eastern Afghanistan, as they are on much of the Indo-Gangetic Plain, which extends east of Afghanistan through Pakistan, India, Nepal and Bangladesh.

Restoring a productive rice-wheat system in Afghanistan is essential to reviving Afghan agriculture, ensuring food security, and setting the war-torn country on the road to economic recovery.

“We must focus our attention on reestablishing food security as quickly as possible,” said a senior aid official. “Restoring Afghanistan’s agricultural sector has multiple benefits. Historically, 80% of the population depends on farming and grazing. Revitalizing this sector not only will reduce dependency on international food assistance, but give employment to former combatants, help stabilize the security environment, and spur the economy.”

The World Bank estimates that cereal production, the mainstay of Afghanistan’s food security, has fallen by almost 40% since 1999 and is only half of what it was during the prewar years. In addition to wheat, rice is a major staple for the Afghan people, who consume on average 17 kg per capita per year (equal to 30 kg of unmilled rice). Historically, Afghanistan is largely  self-sufficient in rice. However, in the past decade, when the country’s total rice requirement rose by 42%, the area planted to the grain fell by 35%, yields fell 6% to 1.8 tons per hectare (less than half of the world average), and total rice production plunged by 43%. As a result, rice imports have risen 20-fold, from 5,000 to more than 100,000 tons per year, at an annual cost of more than US$15 million.

Imported rice accounts for some 30% of Afghan consumption of the grain, a figure roughly parallel to the one-third of the Afghan people who depend on international food aid.