Chele Gonzalez strives to find new ingredients and different ways to understand food. His travels in and around the Philippines have helped him develop an awareness of traditional ingredients. Enamored by the heirloom rice varieties of the Cordilleras, Chef Chele shared two recipes featured in the 2016 heirloom rice recipe calendar, including Arroz abanda with Dona-al rice, an heirloom rice variety from Banaue, Ifugao. 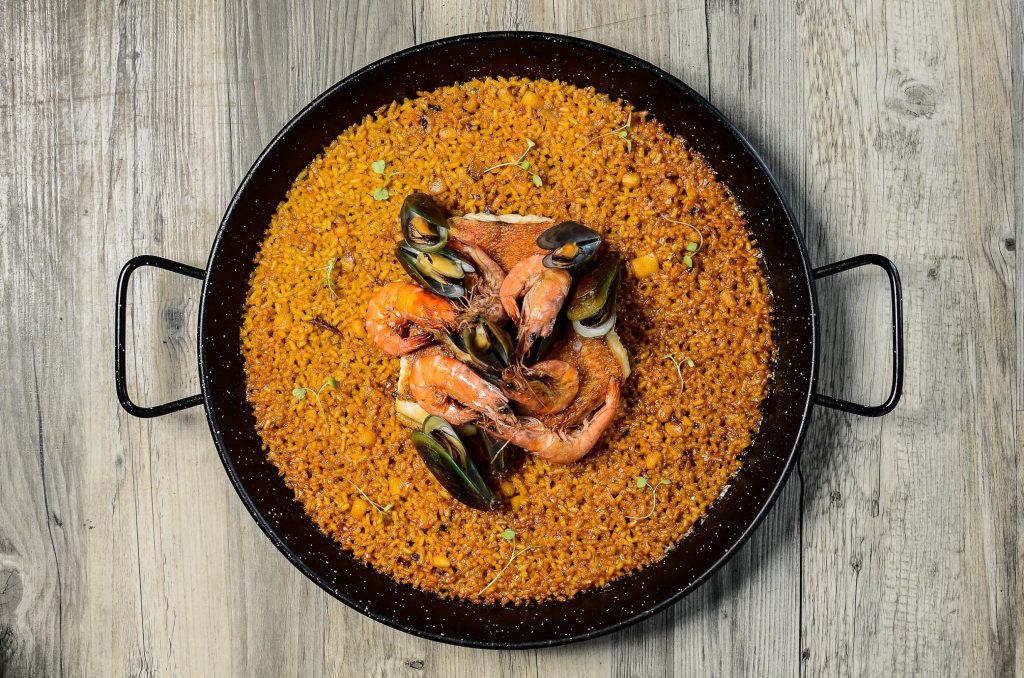 Jose Luis “Chele” Gonzalez is the only non-Filipino on the roster of “rock star” chefs who contributed to the 2016 Heirloom Rice Recipe Calendar—but you wouldn’t know it from the way he extols heirloom rice.

“I am very lucky to work in the Philippines with a new product that I had never seen or used before,” said Chef Chele, who hails from Torrelavega, Spain. “When I found the heirloom rice varieties, I was so surprised. They have opened my eyes and make me feel something inside. I call them treasures of the Philippines.”

Chef Chele’s love for heirloom rice from the Cordilleras is very compelling; it goes beyond his restaurants’ kitchens. He plans to write a book about the glutinous heirloom rice varieties that he finds especially fascinating. “They have to be really studied and understood because each grain has a different ‘personality’.”

For now, he promotes heirloom rice through his restaurants, one of which, Gallery VASK, was recently named one of Asia’s 50 Best Restaurants. Gallery VASK ranked 39th on the list, a major feat considering it opened just three years ago.

One of these locally sourced ingredients is Dona-al rice from Banaue, Ifugao. With its medium, creamy white grains, Dona-al is a luxurious choice for traditional rice cuisines such as paella.
Chef Chele’s Arroz abanda—one of the recipes he contributed to the calendar—is an inspired marriage of two great cultural heritages: heirloom rice and the iconic Spanish paella.

See video in which Chef Chele talks about his experience with heirloom rice.