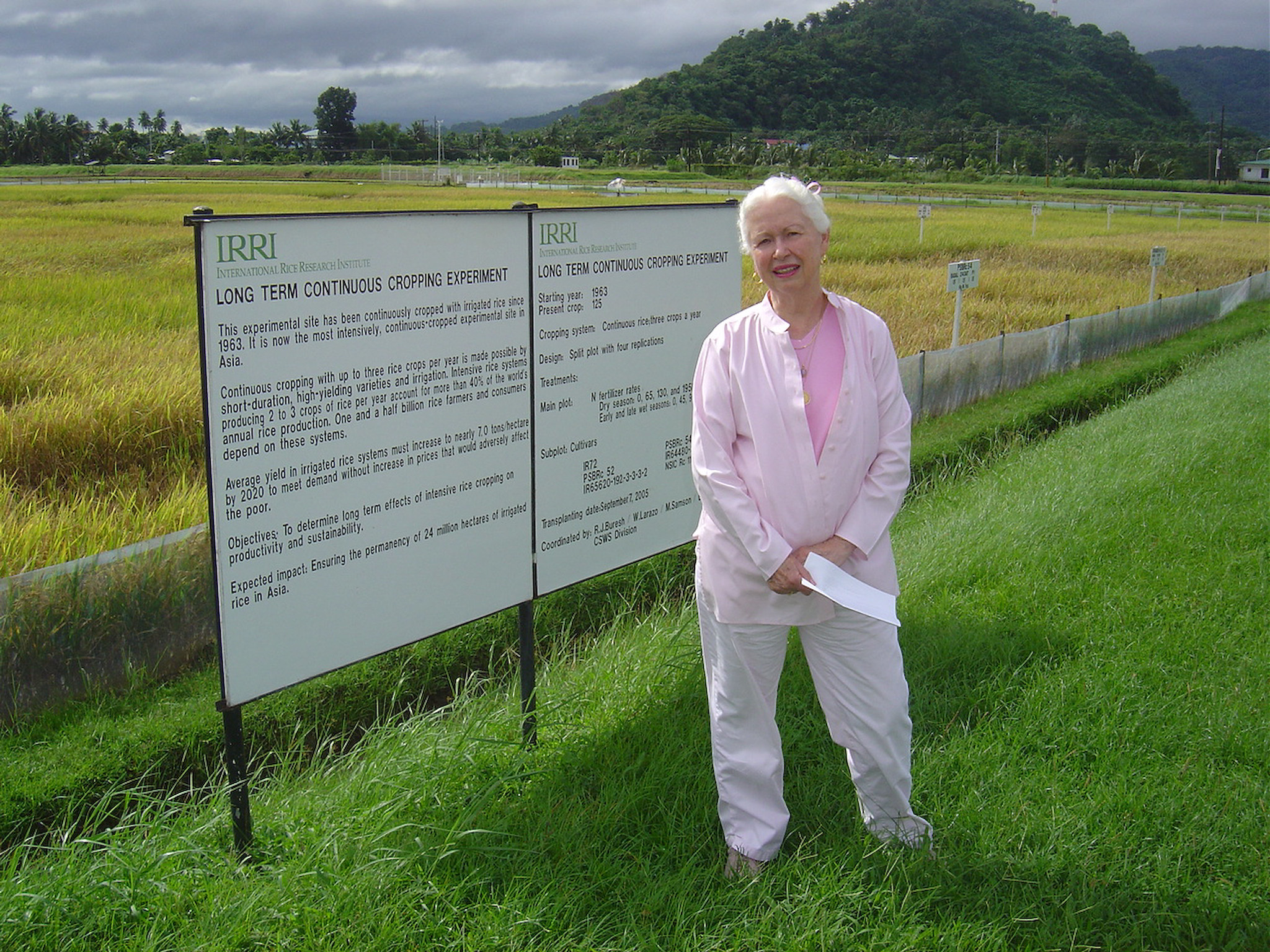 Carolyn and her then husband, Dr. James Curtis Moomaw (photo below) came to Los Baños, Philippines, in November 1961. With an infant son in tow, they were ready for a grand adventure at a new facility there called the International Rice Research Institute (IRRI) where Jim would become the institute’s first agronomist through to 1969. 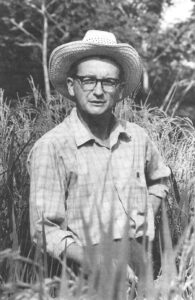 In 1963, Jim started IRRI’s Long-Term Continuous Cropping Experiment (in 2021 currently producing its 170th crop), which is the longest running intensively cultivated rice experiment in the world (usually three crops per year) that has provided important data on the effects of such a rice-cropping system. After 8 years working for IRRI at headquarters and Sri Lanka, Jim moved Carolyn and the family of four children by then to Nigeria where he established the first rice program at the International Institute of Tropical Agriculture.

The Moomaws were then off to Taiwan where Jim served as the second director general of the Asian Vegetable Research and Development Center (now the World Vegetable Center). Jim passed away prematurely at age 55 in 1983.

Visiting IRRI for the first time in 26 years back in December 2005, Carolyn fondly looked back at her family’s time in the Philippines in the first-ever IRRI Pioneer Interview.

“We [the spouses of the early IRRI international staff] were truly ‘rice widows’ in those days,” she said. “I think Bob Chandler, IRRI’s first director general, actually coined that term. And that’s what we called ourselves. Dr. Chandler was an empathetic man and recognized the plight of the wives, but IRRI scientists, often away from home for long periods, had a job to do and we wives appreciated and supported that.” 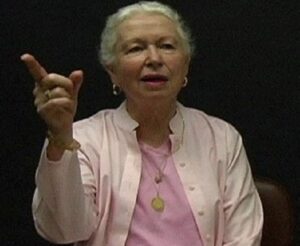 See a clip from the pioneer interview during which Carolyn talks about her effort to have speed bumps installed during the early days in IRRI staff housing to protect all the young children there at the time.

Armed with a Master’s Degree in Bacteriology and Public Health from Washington State University at Pullman (1956) and additional studies later in molecular biology at CW Post College and the State University of New York at Stony Brook in the early 1980s, Carolyn ultimately became the scientist she always wanted to be in her own right.

In 1982, she first worked at the world-famous Cold Spring Harbor Laboratories and then, in 1986, moved on to the Howard Hughes Medical Institute (HHMI) in Texas. As a technician at HHMI, she directed the protein sequencing facility. By the time of her retirement in 2001, she had contributed to numerous publications in peer reviewed journals and worked with a number of Nobel Laureates. 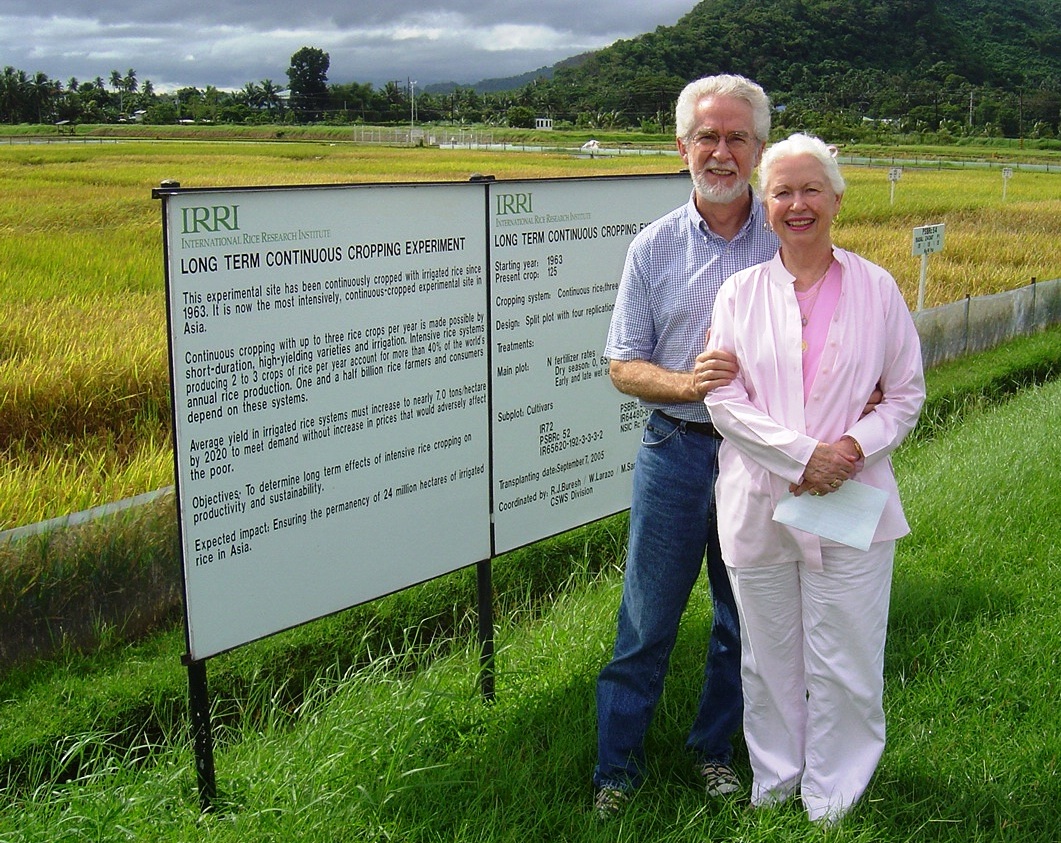 Carolyn is survived by her husband, Carl Wilhelm (in photo above with Carolyn during their 2005 visit to IRRI) of Albany, Oregon; sons, John F. Moomaw of Indianapolis, Indiana; Martin R. Moomaw of Dallas, Texas; Charles P. Moomaw of Bartlesville, Oklahoma; William A. Moomaw and granddaughters Joann Moomaw and Gina Moomaw of Corvallis, Oregon; sister, Pearlmarie Peters of Aurora, Colorado, and many cousins, nieces and nephews.