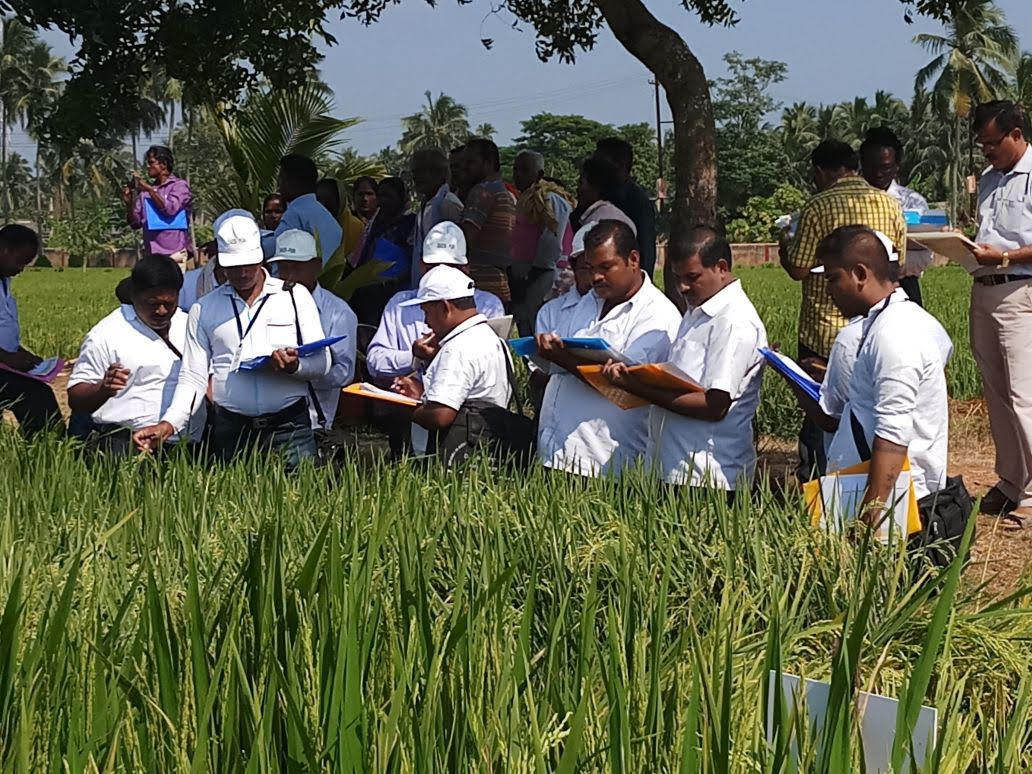 Odisha, India—Agriculture in the state of Odisha is characterized by low productivity due to various factors. Environmental stress is the most important yield-limiting factor. Around 1.1, 1.3 and 0.15 million hectares rice area in Odisha are prone to flooding, drought, and soil salinity, respectively. Other factors include low seed and varietal replacement, non-availability of quality seed in rainfed areas, knowledge gaps, etc.

To solve these problems, International Rice Research Institute (IRRI) and the State Government of Odisha are promoting “Evidence Hubs.” The hubs are organized at district levels to involve different stakeholders of the seed value chain in evaluating released rice varieties and those in the breeding pipeline. In October 2017, Evidence Hubs were organized in Koraput, Kalahandi, Bargarh, Navrangpur, Mayurbanj, Khurdha, and Puri. All 30 districts of Odisha will hold their respective Evidence Hub event and the evaluation process will be completed by November.

Evidence Hubs emphasize the relationships among the various stakeholders to facilitate the process of varietal selection of the most preferred rice varieties in the region. Through the Evidence Hubs, men and women farmers, extension officers, seed dealers, seed producers, seed certification officers, millers, scientists and government officials discuss the traits and characteristics that new varieties developed to replace old ones in different ecologies should possess.

The feedback from these hubs is very important for breeders in developing product profiles for new rice breeding lines for different ecologies. Additionally, the hubs provide evidence-based facts to guide policymakers in formulating strategies for varietal preferences, selection, and replacement and seed production. Evidence Hubs will also give farmers proofs of the advantages of replacing older varieties with new ones. By encouraging the adoption of the most suitable varieties, the farmers gain more yield and income.

Evidence Hubs also provide a platform for women to participate, evaluate, and analyze new technologies and decision-making. IRRI will work closely with women Self Help Groups (SHGs) that play an important role in many farming-related decisions including varietal selection and adoption. This makes sense as women are actively participating in all the operations of rice farming, including seed selection.

Creating awareness about new varieties through their social contacts helps speed up the adoption of new varieties through the informal seed system. Through SHGs, IRRI promotes women leadership in the seed sector where they are trained to become seed producers by linking them with the formal seed system. This way women groups are gradually transformed into business enterprises that generates income, ensures local seed security, and contributes to varietal replacement.