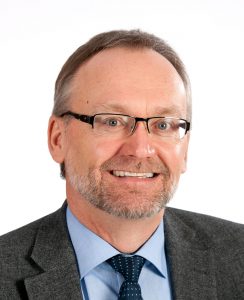 Definitions of “sustainable” that can be found in dictionaries include “able to be maintained at a certain rate or level,” “conserving an ecological balance by avoiding depletion of natural resources,” or “causing little or no damage to the environment and therefore able to continue for a long time.” There is nothing wrong with that, except that we are missing a trick: being sustainable by just preserving the status quo in productivity or the environment will not be good enough for the transformative changes we need to make in the world’s agrifood systems.

When I first joined the International Rice Research Institute (IRRI) as a young scientist in 1992, “sustainable” was not yet a widely used term. Instead, in those days, we were hugely concerned about yield potential, stagnating or declining yields, and low nitrogen-use efficiency in the world’s most intensively managed rice baskets of Asia. It was thought that something might not be quite right with these systems, something might indeed not be “sustainable.” Hence, a strategic, interdisciplinary project on sustaining soil quality in intensive rice systems was launched to look into the potential causes of stagnating yields.

Luckily, it turned out that there was nothing inherently wrong with doing intensive rice monoculture and that this was, in fact, a very sustainable system—if managed well. That was a key lesson I personally learned from this early research: if we want to have highly productive, efficient, and sustainable agricultural systems, we must manage them precisely with a lot of knowledge embedded in every decision to make along each growth cycle. An important personal consequence of this work was that I shifted my attention to finding new solutions for the site-specific management of nutrients, which one can view as a common currency for achieving high productivity as well as environmental goals.

I left IRRI in early 2000 and re-joined seven years later. In the meantime, to my surprise, there had been less emphasis on investment in research on yield potential, closing yield gaps, or productivity enhancement in intensive rice systems, even though those supply three-quarters of the world’s rice. Priorities in public sector research had shifted more toward less favorable rice environments, although it was felt that for intensive rice systems one needed to mainly sustain their productivity levels while improving a wider range of ecosystem services. Moreover, in the late 1990s, two new terms were coined by scientists to describe future paradigms for achieving food and nutrition security while also protecting the environment.

“Ecological intensification”(EI) of agriculture was described as a process of improving both yields and environmental performance of crop production on existing land, with a focus on precise management of all production factors and maintenance or improvement of soil quality. “Sustainable intensification” (SI) of agriculture was originally associated more with low-input agricultural options to reduce negative impacts on the environment and improve broader ecosystem services. Nowadays, the term SI is widely used by the scientific community—primarily in the West—to describe a much broader transformation of agrifood systems. A consensus has emerged that such a sustainable intensification must happen on small and large farms throughout the world, although opinions differ on how this can be achieved.

I think the rice crisis that hit the world in 2008 was a wake-up call, reminding everyone that investment in productivity-enhancing R&D must continue because, otherwise, it is impossible to achieve food security and SI in a world with a growing population and harsher climate. One positive outcome of the crisis was an increased interest in the private sector in rice, and the realization that addressing complex challenges such as sustainable intensification requires working in partnership, including public-private platforms that bring together many stakeholders along the value chain.

Establishing the Sustainable Rice Platform (SRP) in 2011 was, therefore, a logical consequence of the changing times. I was extremely pleased when the first version of the SRP Standard on Sustainable Rice Cultivation and its 12 performance indicators was published in 2015 by a coalition of the 28 SRP members at the time, bringing together a tremendous amount of science, knowledge, and practical experiences. Hence, it is my sincere hope that things can be kept simple and actionable and that governments, public funders, and private companies will invest much more in bringing these good management practices to millions of rice farmers. This will make a huge difference.