Promoting the wider use of hydroponics paddy nursery can help Indian rice farmers save significant amounts of water, land, labor, time, and other resources. 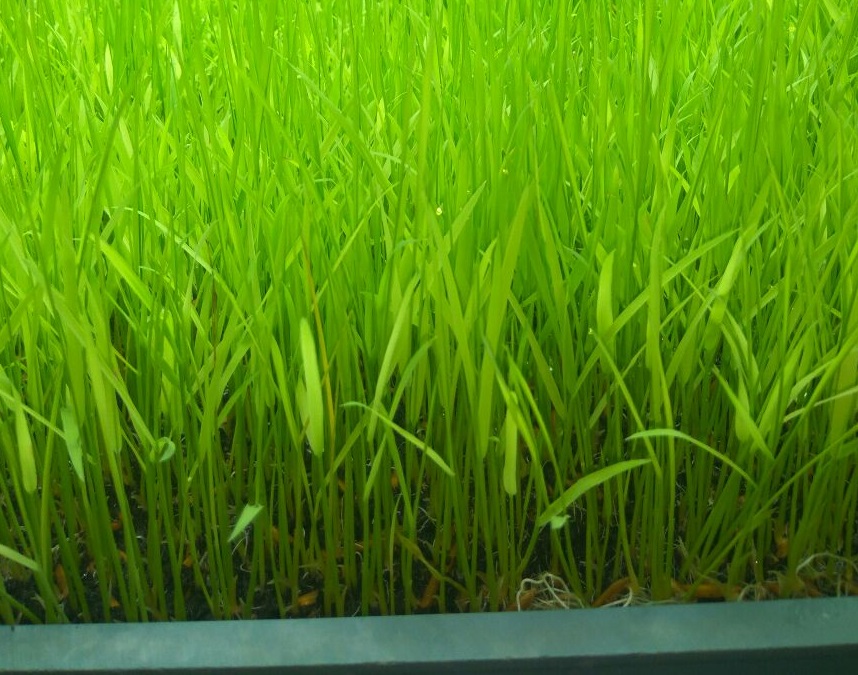 .
Rice (commonly known as dhan in South Asia) accounts for a significant contribution to the total food grain production in India. It is grown in about 25% of the total cultivable area in India and is the staple crop for more than 60% of India’s population.

In spite of being the second-largest rice producer after China, Indian rice farmers face a plethora of problems. Landholdings and land for rice cultivation is diminishing, irrigation water is becoming scarce, labor is becoming unavailable as young people prefer to look for jobs outside the agriculture sector, excessive use of fertilizers and pesticides, emission of large amounts of greenhouse gases such as methane, climate change and unpredictable weather patterns, decreasing soil fertility due to unfavorable and topographical conditions, productivity loss, poor yields, poor and water management.

Under such circumstances, in the near future, it will become very challenging to produce high-quality paddy. Taking this into consideration, farmers need to adopt new technologies to cope with these challenges. Farmers need technologies that can reduce their cost of cultivation, reduce drudgery, improve their returns and are sustainable

Success starts at the nursery 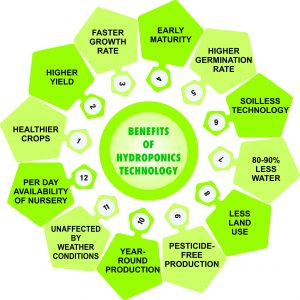 The importance of establishing a proper paddy nursery in traditional rice cultivation cannot be overstated. The performance and yield of a rice crop are strongly affected by its early stages. Using unhealthy seedlings can reduce yield by at least 10%.  Transplanting the seedlings at an appropriate time is also very crucial in getting optimum yield.

In South Asia, rice seeds are commonly grown in nurseries on flat seedbeds before being transplanted into the puddled field.  Traditionally, Indian farmers use the wet-bed nursery mainly in areas where there water is sufficient.  Pre-germinated seeds are broadcasted on a soil that is thoroughly puddled and leveled. The addition of organic manure and a small amount of inorganic fertilizer as basal dressing increases the easiness of uprooting of seedlings and seedling vigor. 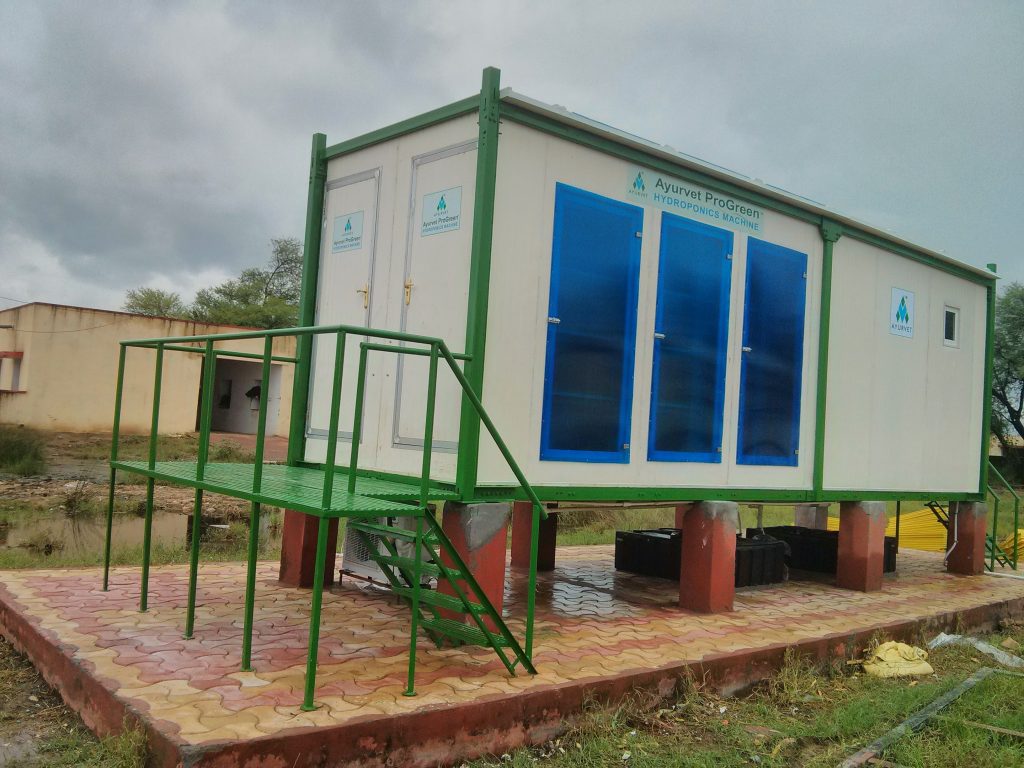 .
Hydroponics rice nursery technology: A possible solution
In the conventional system, for each 100 m2 area of nursery bed, 1 kg N, 0.4 kg P2O5 and 0.5 kg K2O is usually provided. The fertilizers are mixed with soil before sowing. Seedlings are ready for transplanting in 21-30 days after sowing.

The hydroponics system grows plants without soil. Instead, the plants are grown with their roots in a nutrient solution or in an inert medium such as perlite, vermiculite, and gravel. Because the nutrients are available at the root zone, the plants flourish rapidly and the seedlings are also ready for transplanting in seven days using approximately eight times less water compared to the conventional wet-bed nursery.  In the conventional system, one kilogram of paddy seed requires 3000-5000 liters of water.

The hydroponics technique is also advantageous relative to conventional agriculture. Because the crops are grown under a controlled environment, the nursery is free from weeds and shielded from insects. As such, there is no need to use expensive and toxic pesticides or herbicides. The temperature, light, water, and nutrition can be fully adjusted to optimum conditions making the hydroponics paddy nursery highly productive even with limited water and land area.

Seedlings grown using hydroponics paddy nursery establishes well in the field and can be useful particularly during delayed monsoon rains. 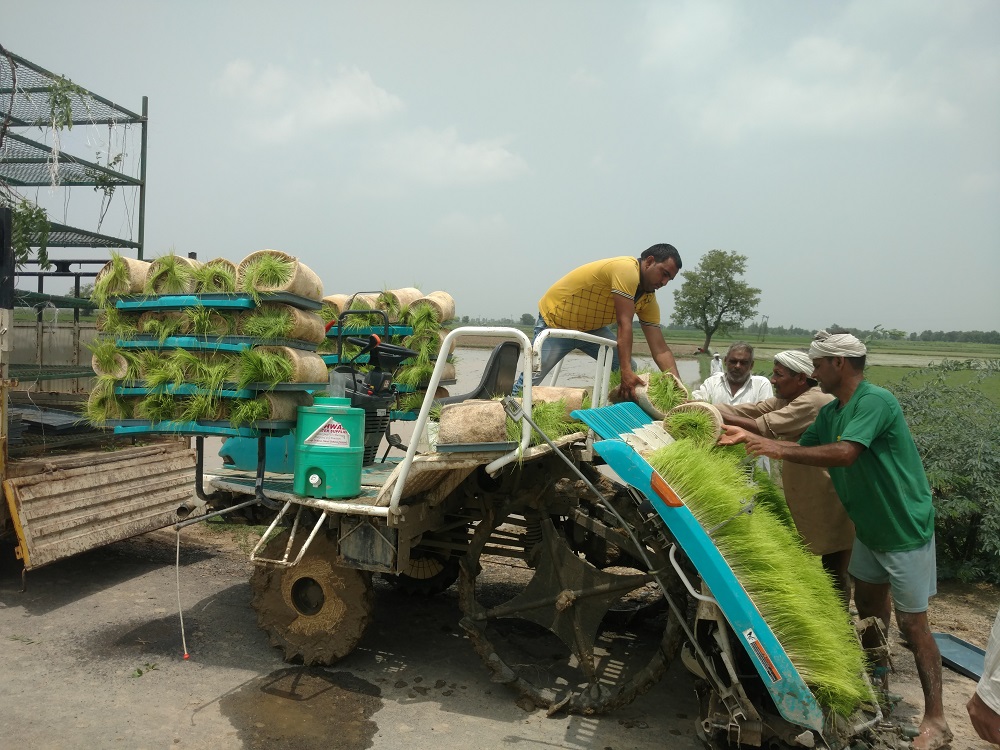 The hydroponics paddy nursery protocol
The Ayurvet Pro Green Hydroponics Paddy Nursery grows rice seedlings under a fully controlled environment and multilayer shelves. A special nutrient solution is provided at regular intervals to meet the requirements of the seedlings and encourage strong root development.  It only takes seven days for the rice seedlings to reach 15 centimeters at 30-330C and 75-80% humidity. The humidity and temperature play a crucial role in the growth of the paddy nursery and these can be adjusted to suit the crop requirement.

The other advantages of hydroponics paddy nursery over conventional nursery cultivation include: 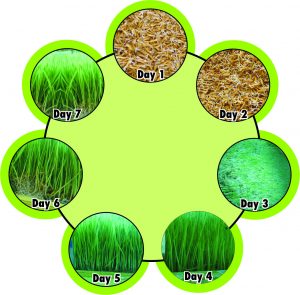 New technology makes an impact on farmers’ fields
Although many developed countries have already adopted this technology, hydroponics is comparatively new in India. The Ayurvet Research Foundation is one of the pioneers in developing hydroponics technology for rice in the country. The Indian Ministry of Agriculture had given the commercial test report of the Ayurvet Pro Green Hydroponics machine.

The organization has been working on the technology for the past 10 years and has received a patent for the machine structure and process.  Since 2009,  Ayurvet Research Foundation have conducted experiments and field trials in 50 villages Orrisa in Western Uttar Pradesh and Sonipat and Panipat in Haryana with around 2,500 paddy farmers. Regular training and demonstration sessions were organized for the farmers for making them aware of the technology. To date, a total of 81 hectares have been transplanted with rice seedlings grown using the hydroponics paddy nursery. 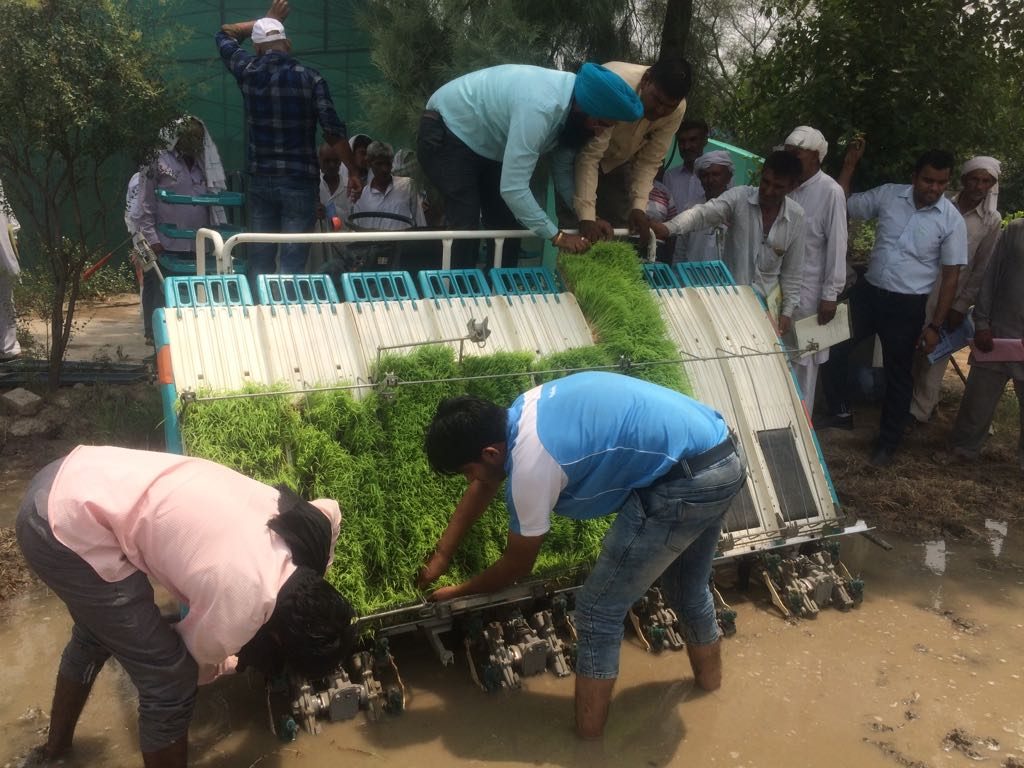 The National Bank for Agriculture and Rural Development (NABARD) Chandigarh Regional Office has approved the work done by the research foundation. In 2016, NABARD funded a three-year project on the development of hydroponically grown paddy nursery and mechanized transplantation in 85 hectares in Sonipat District in Haryana.  Under the project, paddy seedlings were grown in trays using a hydroponics system in seven days. The seedlings were transplanted on farmers’ fields on the 8th day using mechanical transplanter. 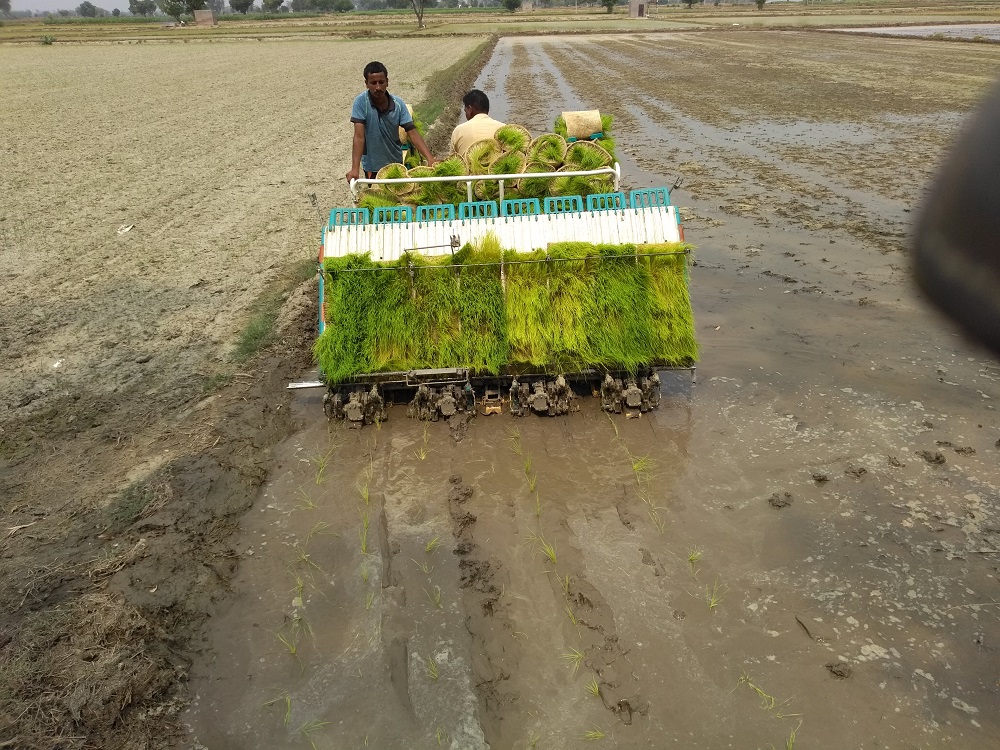 ..
By promoting the wider use of hydroponics paddy nursery, the government can help Indian rice farmers save significant amounts of water, land, labor, time, and other resources. Organizing free training for farmers in different parts of the country will make them aware of the technology and its benefits which empowers them. It will also give them insights into developing new sources of income.