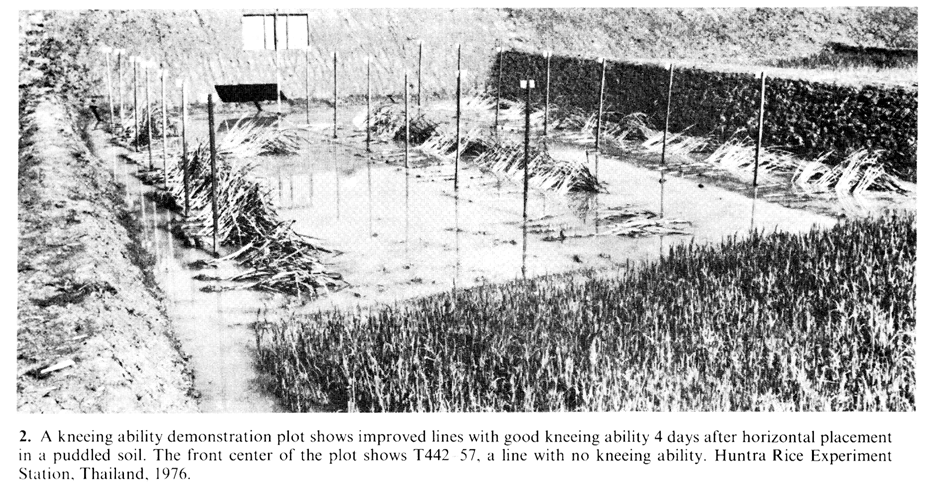 The favorable weather conditions that characterized 1975 continued during 1976. That gave farmers in most of Asia another “good” year and food production was comparable with that in the previous year. Even with good weather, however, most developing countries made little progress toward building reserve stocks to meet future food deficits.

In 1976, IRRI scientists and cooperators in national programs continued to evolve a research approach for the development of improved rice varieties. During the 1960’s and the early 1970’s, we utilized a variety improvement program similar to that which characterizes an effective national research organization. The varieties that early programs produced, including IRS, IR5, and IR20, helped revolutionize the entire research approach to the support of the world’s rice production complex.

But we have greatly stepped up the supply of genetic materials for evaluation and testing in national programs. Early generation breeding materials (F2’s) are now sent directly to national cooperators without first being screened at IRRI. That arrangement assures evaluation under a range of environments and permits local scientists to select cultivars based on best performance in the local environment. We also have a program to produce Fs seed of rices sensitive to day length, by a “rapid generation advance” procedure using both the phytotron and the field. The F, seeds are sent to national cooperators for evaluation in different rainfed and deep-water areas.

Through the International Rice Testing Program (IRTP), rices from national programs are evaluated along with IRRI genetic materials. National nominations for the IRTP increased 14% over those of 1975, indicating the growing strength of national research programs. 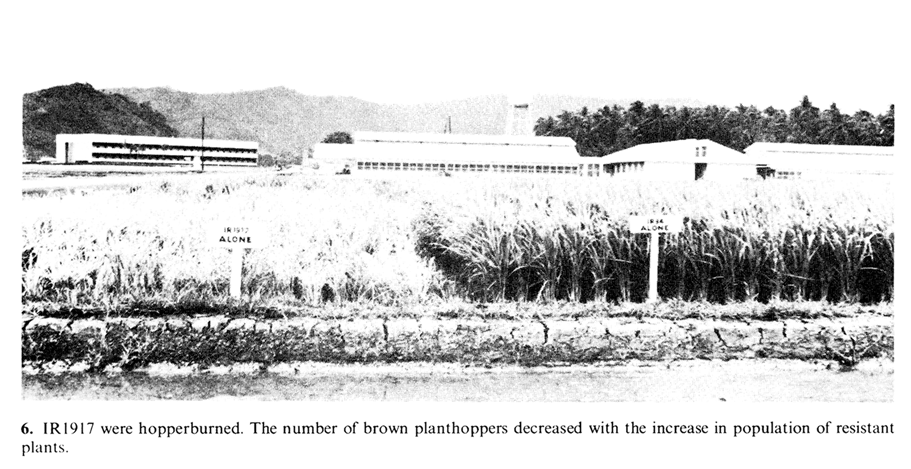 The germplasm bank accessions reached nearly 40,000 in 1976. We accommodated the requests of 148 overseas researchers for about 5,000 seed samples from the germplasm bank, and IRRI scientists drew 40,000 seed samples from the bank for inclusion in the various evaluation programs. The construction of a new Genetic Resources Laboratory to house 100,000 rice accessions started in 1976.

IRRI rice breeders increased the number of crosses to 5,000 in response to requests from scientists working in the different problem areas. All breeding lines at various stages of development were screened for resistance to the major rice diseases-75,000 for blast, 15,000 for sheath blight, 50,000 for bacterial blight, 44,500 for tungro virus, and 7,057 for grassy stunt. Similarly, we expanded screening for resistance to insect pests. Special efforts were devoted to screening rice varieties for resistance to biotypes of the brown planthopper. We found about 30 germplasm accessions to be resistant to three biotypes of this major pest.

Screening of the germplasm collections for drought resistance in a newly constructed greenhouse supplemented our extensive field screening of previous years. We studied adverse soil areas and pin-pointed about 100 million hectares of land suitable for rice production, lying idle largely because of soil toxicities. We are developing genetic lines that will produce well when planted in toxic soil. The evaluation of rices tolerant of floods and deep water was expanded in cooperation with scientists in Thailand and other Asian countries.