IRRI is establishing a rice learning center in Los Baños, Philippines. In this center, the different rice-growing ecosystems, their history, their potential for the future, the research needed to make them productive and sustainable, and IRRI’s contribution, will be described. By doing this, we want to contribute to the preservation of the most important cultures related to rice. 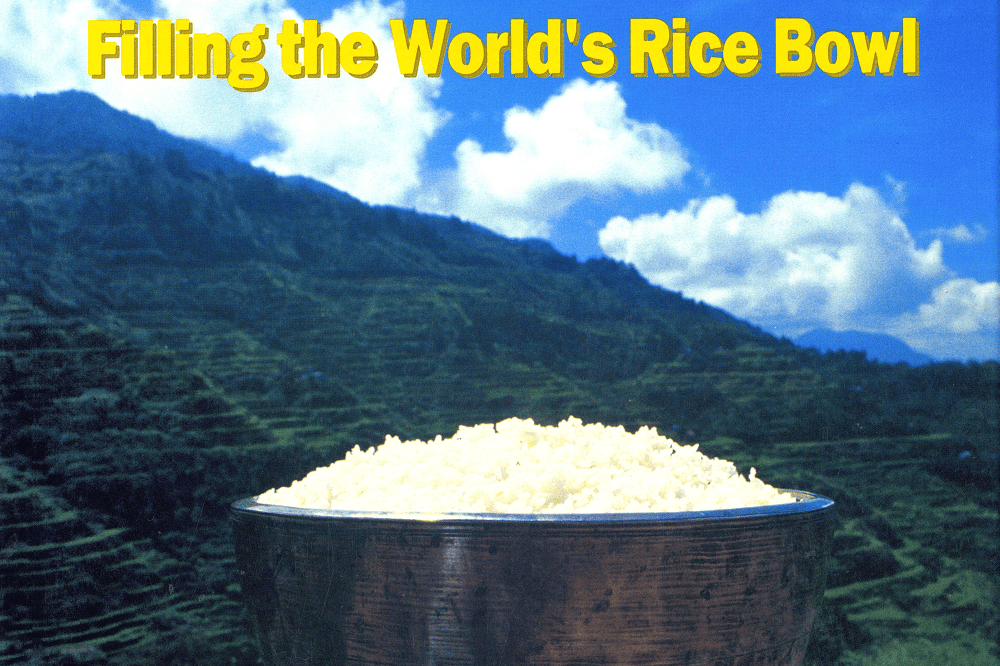 Rice is but one of between 5,000 and 10,000 edible plant species on our globe. To maintain our awareness of how this one crop has influenced the lives of people up to today, IRRI is establishing a rice learning center in Los Baños.

In this center, the different rice-growing ecosystems, their history, their potential for the future, the research needed to make them productive and sustainable, and IRRI’s contribution, will be described. By doing this, we want not only to inform the more than 35,000 visitors who come to our institute annually, but we want also to contribute to the preservation of the most important cultures related to rice.

From the beginning of this year, IRRI has started to implement its new work plan. This was carefully prepared over the past year based upon a strategy developed in 1988 and 1989 that gave the long-term perspective for our role as an international institution serving national rice research together with the needs of the rice-eating world.

Optimism is not an abundant commodity on our globe these days, but we at IRRI are optimistic for several reasons:

We were, thus, able, even before the beginning of 1994, to start with confidence some of the new and very exciting programs that will help keep supply and demand for rice in 2025 in balance, while sustaining the world’s natural resource base.

To make that happen, 870 million tons of unmilled rice will be needed each year—70% more than today. And that must be grown with less water, less labor, fewer losses, less pollution, and on much less land than today. Many may say it is impossible. Their fathers—50 years ago— might have said that flying to the moon is impossible.

We believe that we can increase yields enormously; that the efficiency with which nutrients are used by the plant can be vastly improved. We have already begun a “new frontier” project to develop rice plants that fix their own nitrogen directly from the air.

And we already know that the drudgery of rice production can to a large extent be removed. Through the use of rice plants of a new design at present under development at IRRI, the high-potential irrigated systems serving predominantly urban consumers can become much more efficient.

These rices, with a yield potential of 20%-30% better than today’s best, will most probably be growing in farmers’ fields within the next 5 years. Integrated pest management research has demonstrated the possibility of drastically reducing insecticide use, thus serving the needs of farmers in cutting production costs, improving their health, and those of the public in reducing environmental concerns. Research on intensively managed rice systems has shown that timing fertilizer application better with the aid of up-to-date electronic tools that will shortly become available at very low cost, can increase the efficiency with which rice crops can take up nutrients—and by so doing, reduce costs and pollution simultaneously.

Some of our latest “man-on-the-moon” projects, such as developing perennial rice and creating rice plants that can fix nitrogen, have already stimulated enough donor interest for us to begin expeditions into these new areas of rice research toward a better balance between the protection of natural resources and people’s needs for food.

These adventures are not driven by a desire for scientific extravaganza, but by our deep conviction that through science, we will be able to reverse the trend of rural erosion and that we can contribute to increasing sustainable yields while keeping the different environments where rice is grown in balance.

Providing the scientific answers for filling the world’s rice bowl in the 21st century’, for preparing the living base for 5 billion rice eaters: that’s what makes agricultural and rice research so different; that’s what determines our research agenda; and that’s the stimulus, the driving force of our enthusiasm and commitment.