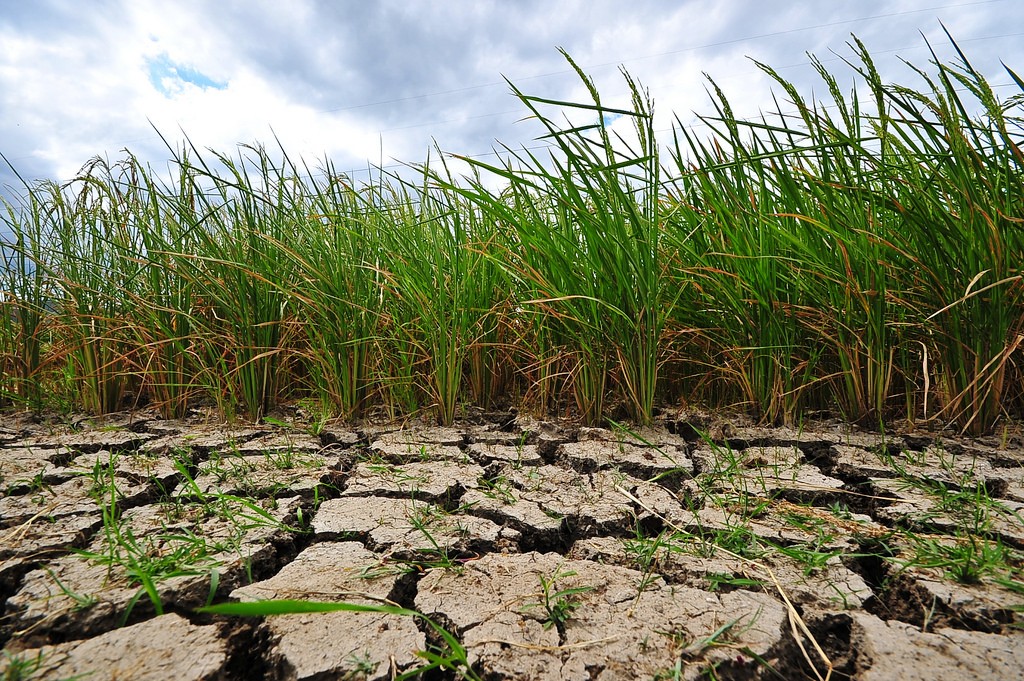 As Myanmar experiences more extreme weather events, a roadmap that lays the context, analysis, and options on how to tackle climate change is highly essential. (Photo: IRRI)

Myanmar is a Southeast Asian nation where 61% of its 53 million people depend on agriculture for their livelihood. This livelihood, however, is being constantly threatened as the region experiences prolonged droughts, frequent floods, sea-level rise, and other weather-related natural disasters.

Germanwatch’s Climate Risk Index for 1994-2013 ranked Myanmar as the second most vulnerable country in the world, after Honduras.  In May 2008, the category-4 cyclone Nargis hit, which has been called the worst natural disaster in the country’s recorded history. According to a World Bank report, Nargis severely affected the country’s agriculture sector with losses equivalent to 80,000 tons of crops and damaging another 251,000 tons in storage, across 34,000 hectares of cropland.

“Extreme climate variabilities are evident; natural disasters are increasing from year to year, and human activities are compounding the negative impact of climate change,” said Dr. Tin Htut, permanent secretary of the Ministry of Agriculture and Irrigation (MOAI) of Myanmar, during the recent launching of the strategy. “These bleak scenarios bear significant impacts on food production.”

He emphasized that Myanmar urgently needs to develop climate-smart agriculture (CSA) practices and technologies to boost agriculture and have more options for adapting to climate and lessening its effects.

To tackle climate change, CSA focuses on three pillars: food security, adaptation, and mitigation. Myanmar committed to applying CSA practices to contribute to regional food security and environmental protection during the 24th ASEAN Summit in May 2014.

The first national consultation on Climate-Smart Agriculture Strategies in Myanmar was held in September 2013. The meeting, facilitated by the CGIAR Research Program on Climate Change, Agriculture and Food Security (CCAFS) in Southeast Asia and the International Rice Research Institute (IRRI), was pivotal to the development of Myanmar’s CSA strategy (MCSA). 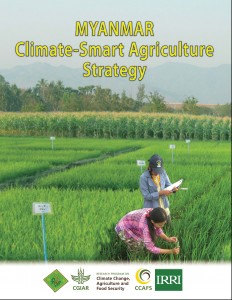 The MCSA strategy articulates the development of technical, policy, and investment conditions to achieve sustainable agriculture, food security and nutrition, and climate resilience. It provides context and analysis for addressing agriculture in international climate negotiations to better inform climate negotiators and other stakeholders by identifying options and looking at issues of interest.

“The event itself was a great opportunity to increase integration across the department within MOAI and other ministries,” said Dr. Tin Maung Aye, a soil scientist at the International Center for Tropical Agriculture. “It strengthened Myanmar’s ability to work with a wide range of partners and stakeholders in achieving key development goals.”

MOAI worked closely with the Yezin Agricultural University (YAU) and other local and international partners and stakeholders in drafting the MCSA strategy.

“It should be socially, culturally, and politically appropriate and environmentally and economically feasible to promote sustainable agriculture with maximized food security and nutrition, development, and climate adaptation and mitigation.”

The strategy aligns with the country’s National Adaptation and Plan of Action for climate change, which prioritizes agriculture, early warning systems, and forest in its plans and development initiatives.

Taking the next steps

The MOAI is the primary implementing agency of the MCSA strategy in collaboration with other government line agencies and local and international partners within Myanmar and other ASEAN countries. Another strategic area for collaboration is the implementation of Climate-Smart Villages (CSVs) where YAU is serving as the focal point.

The strategy institutionalizes CSVs in Myanmar as a community-based approach for climate-resilient and sustainable agricultural development. CSVs, a core program that CCAFS is promoting, are benchmark villages that are vulnerable to the impact of climate change and where CSA interventions will be tested, prioritized, and implemented in close cooperation with the village, government units, and other stakeholders.

Dr. Leo Sebastian, the regional program leader for CCAFS in Southeast Asia, hopes that the MCSA strategy will stimulate investment in climate change adaptation and mitigation in agriculture in the country. For him, the strategy should also bring about policies that would help farmers in Myanmar cope with the impact of climate change.

“Without MCSA, the Myanmar agriculture sector will not sustain its crop production in the context of climate change,” said Dr. Myo Kywe, rector of YAU.

The foundation has been laid. The next challenge is translating the MCSA strategy into on-the-ground initiatives to enhance agricultural productivity and encourage the creation of climate-ready villages and provinces in the country.

Ms. Joven is a senior communication specialist at IRRI and the CCAFS in Southeast Asia.