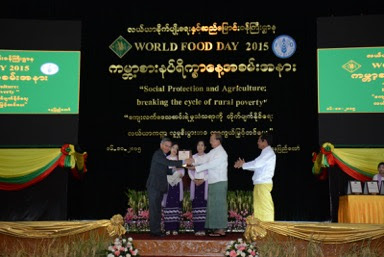 The Republic of Union of Myanmar cited IRRI for its significant contribution and continuous support to sustainable food security and nutrition through Rice Sector Development in Myanmar.

The award was conferred by the Honorable President of the Republic of Union of Myanmar, H.E. U Thein Sein at the Convocation Hall, Yezin Agricultural University (YAU), Nay Pyi Taw on 16 October. 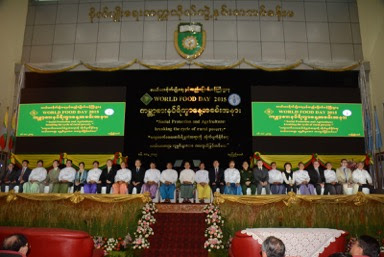 IRRI representative in Myanmar To Phuc Tuong received the award on behalf of IRRI Director General Robert Zeigler. In his message, Dr. Zeigler expressed his thanks to the Ministry of Agriculture and Irrigation for recognizing IRRI’s contributions.

Learn more about IRRI (www.irri.org) or follow us on the social media and networks (all links down the right column).