Smallholder rice farmers are finding strength in numbers through a scheme that helps them lower their production costs and increases their productivity. 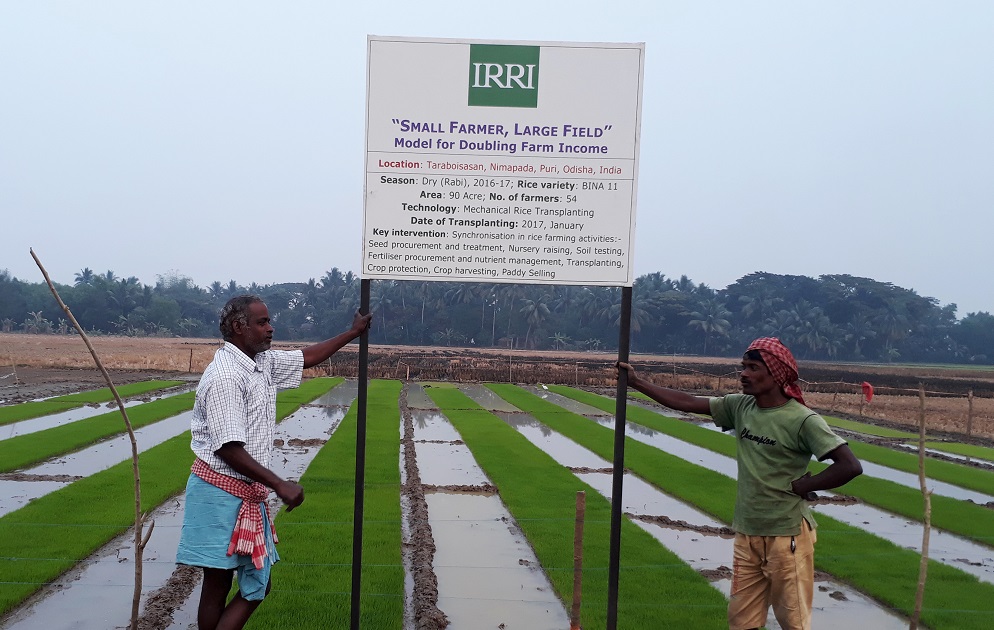 In the past few years, Small Farmers, Large Field (SFLF) schemes have received significant attention in Vietnam as a solution to smallholders’ problems of mechanization and lack of bargaining power in both input and output markets. Under the scheme, the participating farmers organize themselves into groups and synchronize their operations by adopting a single rice variety to plant, establishing a group nursery, and transplanting and harvesting around the same time, thus essentially converting their small landholdings into a large field. The SFLF schemes in Vietnam range from formal arrangements, in which farmers set up a company structure and become shareholders, to informal synchronization of activities.

Similarly, in Thailand, farmers grow one rice variety with synchronized planting and harvesting time on around 400 hectares through a scheme introduced by the Suphanburi Rice Millers’ Association in collaboration with the Suphanburi Rice Research Center. The bottom-line objective of all these models is to lower production costs and obtain a higher selling price for paddy. The rising wage rates due to rural outmigration and acute labor shortage are also forcing farmers to become part of some form of land aggregation scheme to make mechanization viable at the smallholder level.

The pilot SFLF model in Odisha
For the 2017 dry-season crop, the International Rice Research Institute (IRRI) is piloting a customized version of the SFLF model in Taraboisasan Village near Bhubaneswar, the capital of the eastern state of Odisha in India. Initially, many farmers in the village were not convinced of the benefits of integration and synchronization and giving up their freedom to do farming on their own. But, eventually, they realized the benefits of working together.

During our meeting with the participating farmers on 4 January 2017, they decided to name the committee the Laxminrusingha SFLF Committee, after their village deity Laxmi Nrusingha, as a sign of gaining their trust and confidence. So far, the committee has been quite active in implementing project activities in coordination and consultation with both the member farmers and us. The participating farmers unanimously decided to grow flood-tolerant BINA Dhan 11, a new variety from Bangladesh recently released in the state by the Stress-Tolerant Rice for Africa and South Asia (STRASA) project. Apart from its higher yield and higher grain quality, the farmers strongly favored growing this variety so that they would have quality seed for the upcoming wet season.

The first joint activity was organized on 21-25 December 2016 to set up a mat nursery in nine patches, with the largest patch serving 12 hectares. It took some effort to assemble the farmers into nine groups based on their field location, irrigation tube well and relationship with their fellow farmers.

“Without the scheme, each of the 54 participating farmers would have raised their nursery individually on a very small piece of land,” said Bimbadhar Biswal, the secretary of the Laxminrusingha SFLF Committee. “It used to be extremely difficult for a tractor to move around within a small piece of land and it consumed additional fuel. It took time to visit different field locations at different times.The participating farmers are already benefiting in terms of saving time, energy, labor, water, and money through the group method of nursery raising.” 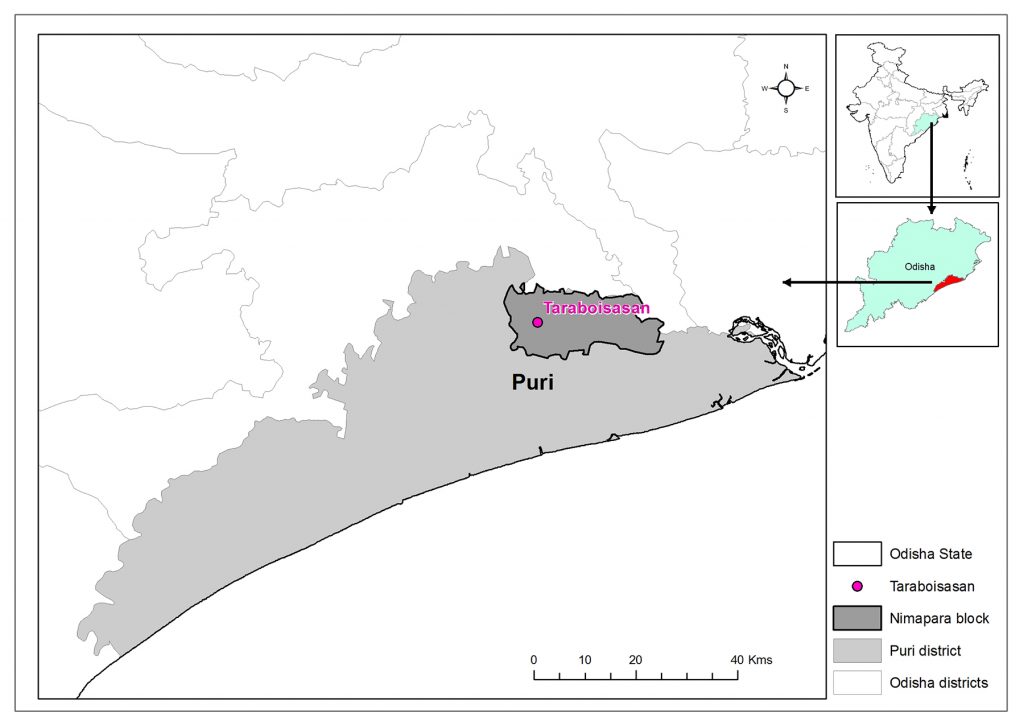 The location of SFLF in India.

We have worked with the committee closely in lining up input suppliers and service providers and negotiated cheaper prices for the farmers. The Indian Farmers’ Fertilizer Cooperative Limited (IFFCO) agreed to supply fertilizer at its wholesale price, usually 10–15% lower than the retail price, and also suggested conducting soil testing for each field free of cost. On 9 January 2017, the IFFCO mobile soil testing lab was in the village and provided soil analysis and some recommendations for each farmer. We have also roped in our scientists from the STRASA and Cereal Systems Initiative for South Asia (CSISA) projects to provide necessary support on crop management. The STRASA scientists have been extremely helpful in procuring high-quality BINA Dhan 11 seed at lower prices. CSISA scientists will be called in to resolve crop establishment and after-care problems.

We have also invited a few local millers to visit our site and explained our pilot project to them. The response has been quite positive and they fully assured us that they would buy all the paddy at a higher-than-market price. They are willing to pay more because of the single rice variety planted on the entire 36-hectare patch with synchronized planting and harvesting. They even asked whether we would be expanding our pilot to other villages next season so that they could purchase all paddy at a higher price as long as the grains were uniform in shape and size and not mixed with other varieties.

Based on our back-of-the-envelope calculation, on average, farmers in the group earned a profit of INR 9,500 (USD 139) per acre in the 2016 dry season. The group farming is expected to increase their profit to INR 21,000 (USD 308) per acre this season because of lower production costs, higher paddy selling price, and 25% higher yield from 5 to 6 tons per acre. The assumption of a 25% yield increase is our conservative estimate since the use of quality seed, proper nursery management and timely transplanting, recommended fertilizer application based on soil testing, proper crop care, and timely harvesting can increase group yield by much more than 1 ton per acre.

What’s next?
Depending on the success of the scheme this season, we plan to expand our pilot demonstration to other villages in the state. We are in the process of identifying villages where we would like to expand our demonstrations. Farmers from those villages are expected to visit the SFLF model pilot site in Taraboisasan to obtain first-hand experience with the program and its benefits from their fellow farmers. We hope that convincing the farmers will be much easier in the future with participating farmers acting as a brand ambassador for the scheme. The extent of our expansion will depend on the availability of funding from donors.
___________________________________________
Dr. Mohanty is a principal scientist, head of the Social Sciences Division (SSD), and program leader (targeting and policy) at IRRI. Mr. Mohapatra is an assistant scientist. Ms. Baruah is a PhD scholar and Dr. Veettil is an agricultural economist in SSD.