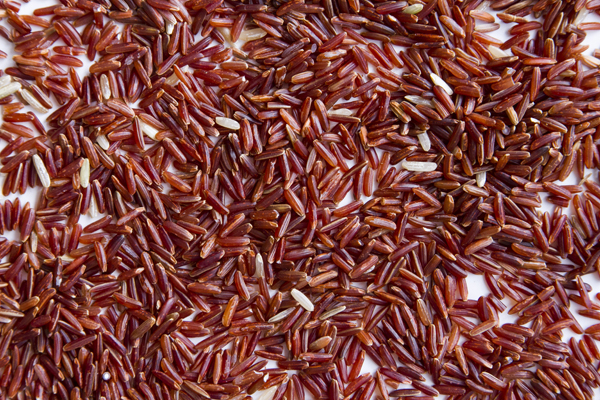 Himachal Pradesh, the northernmost Indian state on the southern slopes of the Himalayas, could be the closest thing to the mythical Shangri-La–a harmonious blend of earth and skies, mountains and valleys, and snows and water. The state’s robust economy is comparatively better than India’s national growth, according to a 2012-13 survey. It was named the “best state in the country” in another survey, besting other states in education and health, among other indicators of development. Its agriculture is the engine that powers its impressive growth and contributes greatly to the total domestic product.

An important crop in Himachal Pradesh, rice is cultivated on about 80,000 hectares in 10 of the 12 districts of the state. Rice is cultivated in many agroclimatic conditions and ecosystems, from foothills (350 meters above sea level) to mid hills (1,000 m), to high hills (up to 2,200 m). About 80% of the area lies in the mid to high hills and around 60% is irrigated. The remaining is rainfed upland. The state’s average rice yield is 1.5–1.7 tons per hectare.

A fortune in crimson

One of the many treasures of Himachal Pradesh is its red rice varieties. These include chhohartu from Shimla District; sukara, jhinjan, and karad from Chamba District; jattoo, deval, and matali from Kullu District; and desi dhan, kalizhini, achhoo, and begmi from Kangra, according to R.P. Kaushik, former head and rice breeder of the Rice Research Centre at Chaudhary Sarwan Kumar Himachal Pradesh (CSKHP) Agricultural University.

“These are cultivated mainly in high altitudes of the state,” said Dr. Kaushik. “Based on molecular analysis, jatt oo, matali, deval, desi dhan, karad, chhohartu, and bhrigu dhan are japonica types. Those adapted to low and mid hills are indica types.” Red rice varieties probably originated from the interbreeding of traditional white-grained varieties and annual weedy rice (Oryza spontanea/fatua), which coexist in rice fields, according to Dr. Kaushik.

“Himalayan red rice varieties command a higher price because of their excellent texture, aroma, flavor, and visual appeal,” he added. They could prove to be an economic boon to farmers if these varieties find their own high-value market niche similar to basmati, a specialty rice.

Chhohartu is grown on more than 500 hectares in Chhohara and Ransar valleys of Rohru. Chhohartu is the first crop variety in the state to be registered under the Protection of Plant Variety and Farmers Rights Act in 2013. Hence, farmers from the valley who grow this variety are entitled to benefits from making plant genetic resources available to seed companies for the development of new plant varieties.

CSKHP is also trying to get the red rice registered under the Geographical Indications of Goods (GI) Act. Under the GI Act, only registered authorized users or residents in a certain area can use the popular product name (e.g., basmati rice). Registering red rice under the GI Act would enable the farmers and others to market their product around the world. This would help boost exports also. And, the ultimate gainer will be the growers, according to Dr. Kaushik.

These findings provide a scientific basis for the age-old practice of giving the excess water decanted after cooking red rice to pregnant ladies and children to drink. Many red rice varieties have been incorporated into traditional medicine for thousands of years. The people of Himachal Pradesh have used matali a lal dhan for treating blood pressure and fever, while kafalya is traditionally used for treating leukorrhea and pregnancy complications, according to Uma Ahuja, a plant breeder at Chaudhary Charan Singh Haryana Agricultural University in India.

Ingrained in the soul

In Indian culture, which traces back thousands of years, red rice is important in the life of its people. According to Dr. Kaushik, chhohartu is given as a gift on various occasions under different names. It is known as poli when given on occasions of happiness such as marriages, religious ceremonies, or the birth of a child. It is called path when given to a sick person, andsattu during times of sorrow such as death. The rice of this variety is served during community lunches and yajnas (sacrifice). In Red Rices—Past, Present, and Future, a paper Dr. Ahuja wrote with Narender Chaudhary and Rashmi Thakrar, Dr. Ahuja described the complex practices involved in cultivating the red rice jatu (jattoo):

In Himachal Pradesh, the entire process of cultivation of Jatu rice is a ceremonial affair. Seed soaking and preparation of land for transplanting are accompanied by the worship of the family deity “Ishtadeo.” Before transplanting, the seedlings are placed at the entrances of temples. Before harvest, the ripe grains are first cooked and offered to the deity “Kuladeo.” On this occasion, there is a tradition of distributing such cooked rice among family members, neighbors, and relatives. After the harvested grain is brought home, some rice is separately preserved for religious ceremonies associated with the gods. The cultivation of Jatu is done on fixed dates. The fields are prepared and seeds are soaked on the Sankranta (the beginning of a month or year) of Vaishaka (April- May). The grains are covered with the leaves of bhojpatra (Betula alnoides) for one month. On the next Sankranta, the sprouted seeds are put into the nursery area. Again on the Sankranta of Ashadha (June- July), transplanting is undertaken. From the Sankranta of Sawan (July-August) to that of Bhadon (August-September), weeding is carried out. The harvest of Jatu is started on the Sankranta of Kartik (October-November). The new harvest is eaten after the month of Magha (January-February).

An ancient foundation for future varieties

The wide genetic diversity of traditional varieties is a potential resource for developing modern varieties with improved traits. Thus, the higher nutritional content of the red rice varieties of Himachal Pradesh could be used in breeding programs for boosting the nutrient content of rice.

“The soils of Himachal are highly acidic, in which iron is highly available. Traditional varieties probably accumulated genes for higher iron uptake during the course of their evolution over thousands of years,” said Dr. Kaushik. “During the 40 years of my association with the rice crop, we did not come across any iron toxicity symptoms in traditional varieties, unlike in some semidwarf varieties introduced to the mid hills in the late seventies.”

Mr. Alaric Santiaguel is the associate editor of Rice Today.