A survey of rice farmers in Guangdong Province in China showed perceived positive livelihood changes and increased agronomic performance with reduced fertilizer use. 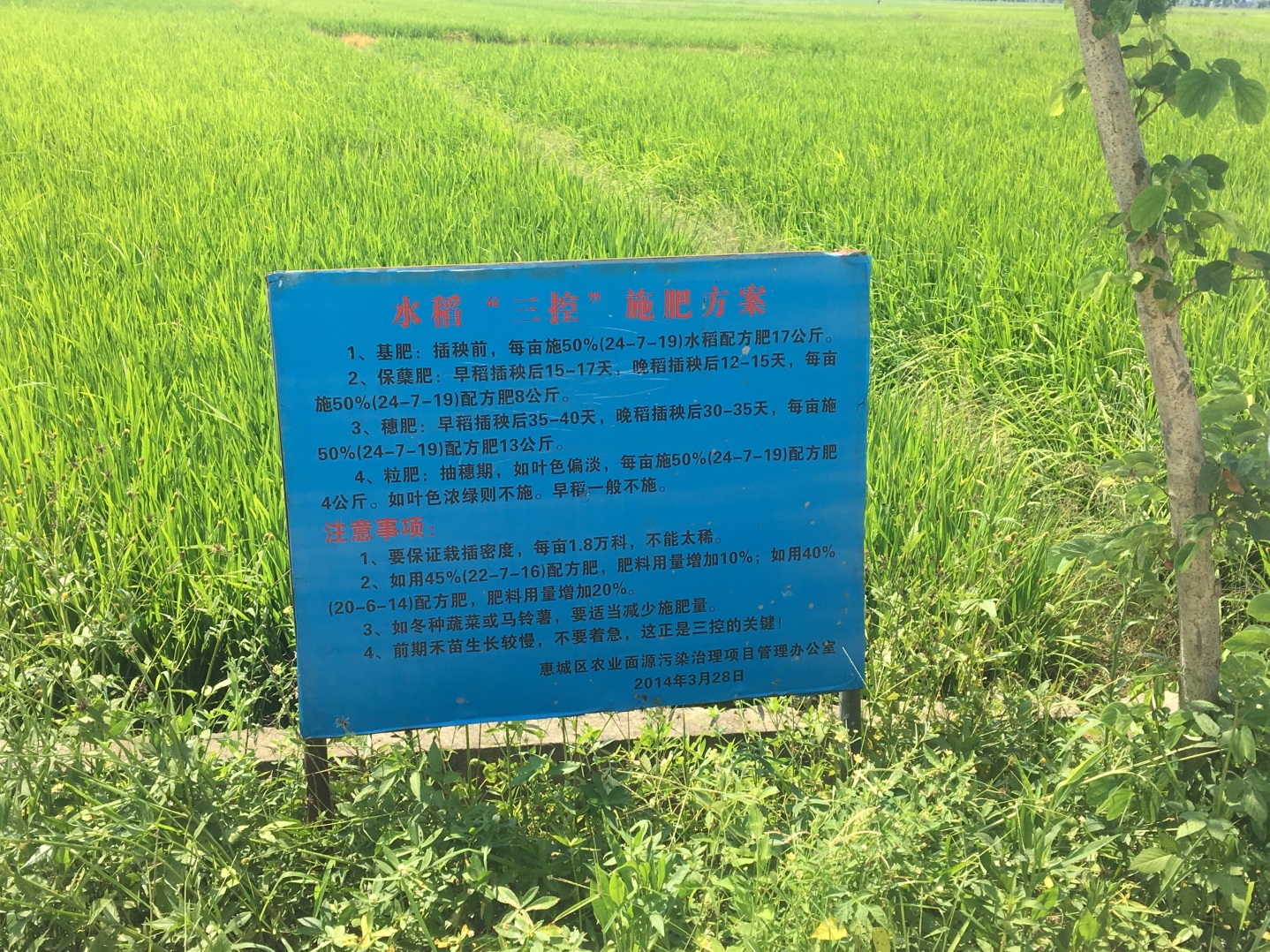 Technical board explaining the four steps of 3CT, including the NPK fertilizer ratios and number of tillers, in farmers’ field. (Photo by Dr. Melanie Connor, IRRI)

Inorganic fertilizer, particularly nitrogen, is one of the pillars of intensive rice agriculture. In fact, the increased use of fertilizer (along with modern rice varieties, irrigation, and mechanization) has resulted in a higher rate of productivity. However, over the years, it also created a belief that soils are unproductive without fertilizers and many farmers tend to overuse it. The excessive use of fertilizers has led to environmental pollution and contamination of water resources.

In the early 1960s, the average amount of fertilizer usage in all regions of the world was less than 25 kilograms per hectare (kg/ha).  By the early 2000s, fertilizer used increased to almost 200 kg/ha in East Asia and Pacific and more than 100 kg/ha in South Asia. 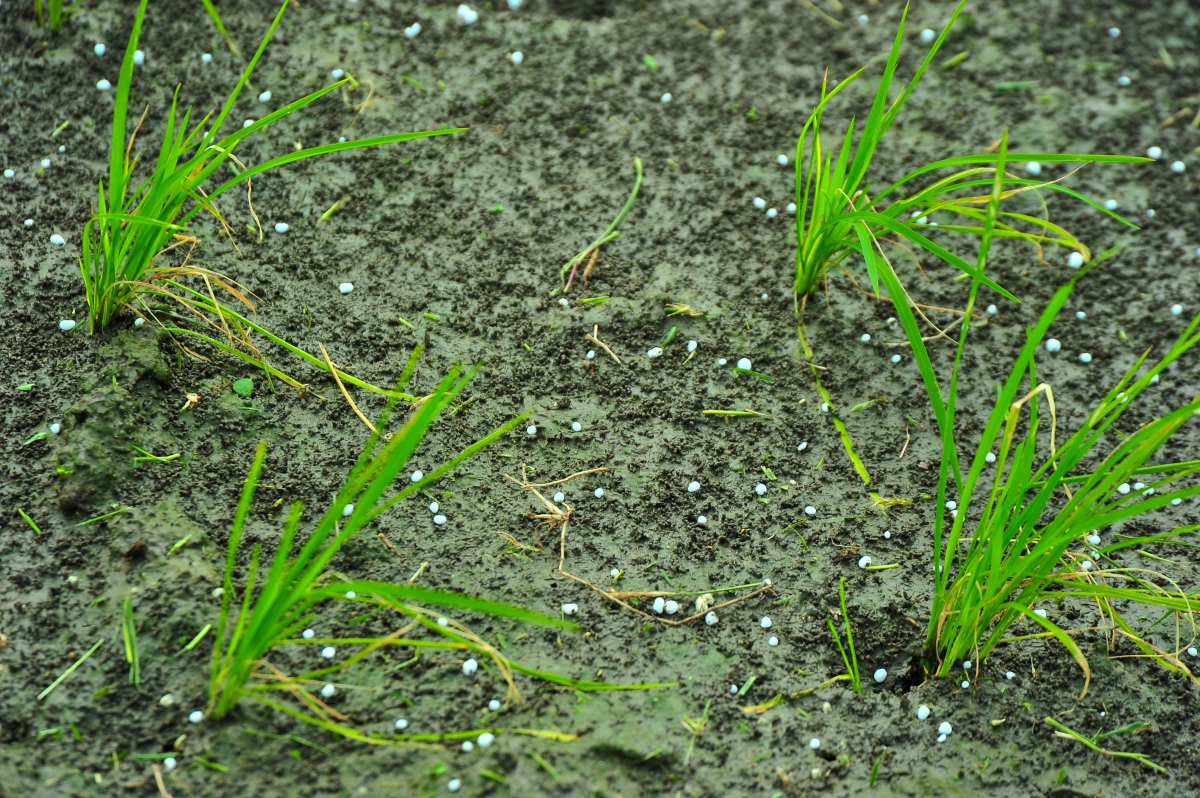 Too much fertilizer application and too many tillers create a dense canopy which makes rice more attractive to insects and prone to diseases. (Photo by Isagani Serrano, IRRI)

.
When more means less
Problems in excess nitrogen happen where fertilizers are relatively cheap and farmers do not understand the correct amount of nitrogen required relative to their yield goals, and the right time of nitrogen application. In rice, too much fertilizer and too many tillers create a dense canopy which makes the plants more attractive to insects and prone to diseases. Furthermore, a large number of unproductive tillers and tillers with weaker stems increase the risk of lodging.

China curves its fertilizer use
China is the world’s largest consumer of agricultural chemicals. It uses more than 30% of the world’s fertilizers and pesticides as the country strives to ensure food security for its ever-increasing population.

However, despite the overuse of fertilizer in China, yields have stagnated while environmental pollution has risen. In Guangdong Province, one of the main rice-producing regions in South  China, the overuse of fertilizers, especially nitrogen, is a common practice of rice farmers. As a result, rice production in the province suffered from low nitrogen-use efficiency, a large number of unproductive tillers, lodging, and damage from diseases and insects.

In Reduction of fertilizer use in South China—Impacts and implications on smallholder rice farmers, a study published in Sustainability, noted that Chinese farmers’ overuse of agrochemicals is based on their risk perception, level of education, and environmental knowledge.

To increase sustainable production, the Three Controls Technology (3CT) was developed as an agricultural best management practice for rice production. The aims of 3CT includes:

3CT takes root in Guangdong
The 3CT was released in Guangdong Province in 2007 and became a government-recommended technology in 2008. It has been widely used in “high-yield creation” and Super Green Rice demonstration fields. Farmers welcomed the technology for being effective, reliable, inexpensive, and easy-to-use. They reported a 5–10% increase in grain yield with a 20% reduction in nitrogen use. The 10% increase in yield from the use of 3CT is equivalent to an added 0.6 tons per hectare, on average.

In 2012, the Chinese Ministry of Agriculture recommended 3CT for use in rice farming, in line with its thrust to reduce the use of chemical fertilizers and pesticides. 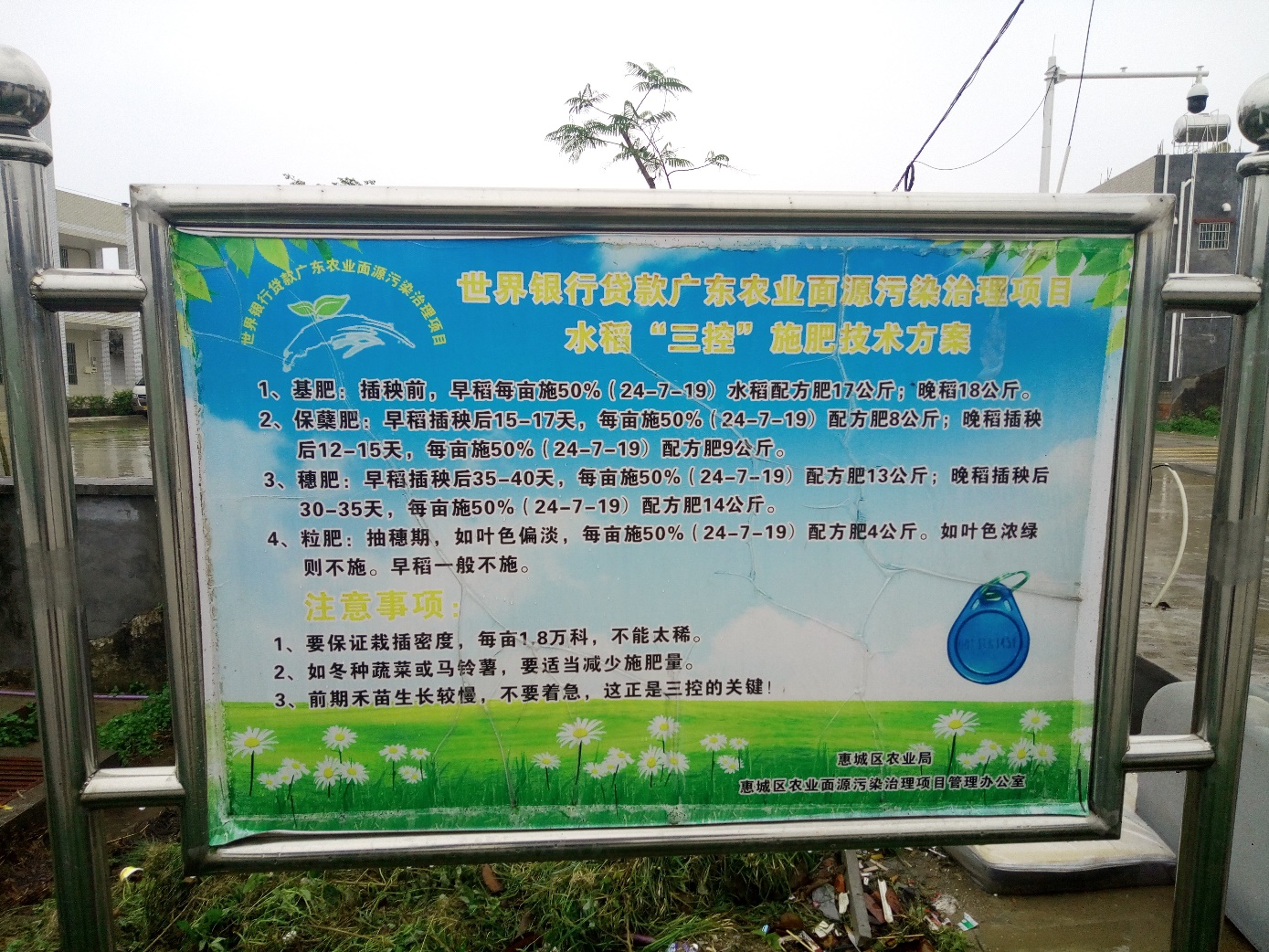 A technical board explaining the four steps of 3CT including the NPK fertilizer ratios and number of tillers. (Photo by Dr. Helena Wehmeyer, IRRI)

Proof of success
The study demonstrated that the farmers in Guangdong Province perceived several benefits from using 3T such as higher yields, reduced input costs and environmental footprint, improved health, and better social and human capital. Additionally, the longer farmers had been using 3CT, the more benefits they perceived to reap from the technology.

3CT not only works in closely monitored field trials but also functions well for the actual farmers’ needs and could be scaled out into other Chinese rice-growing regions, the study concluded.