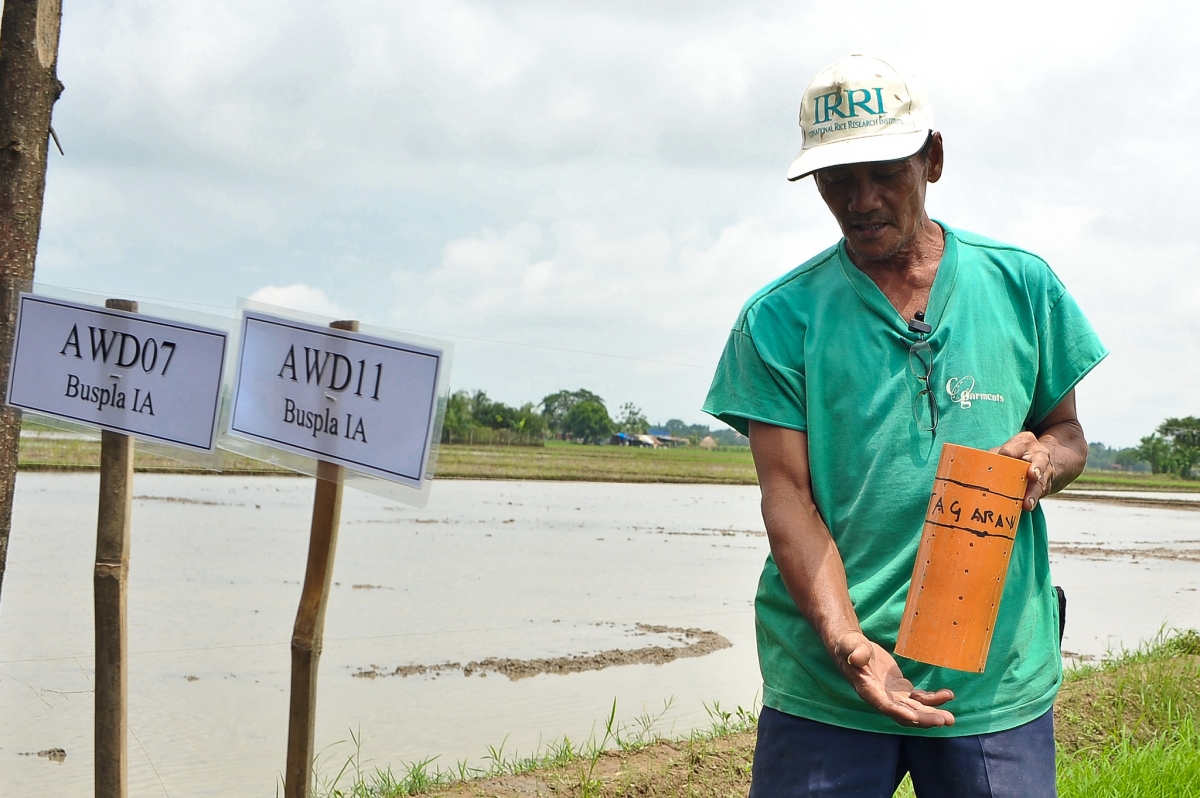 PHILIPPINES—The Paris Agreement, successfully negotiated in 2015, marked a milestone in the global effort to curb greenhouse gas (GHG) emissions across all sectors by limiting global warming to well below 2oC. Officially, 159 countries, representing 68% of global emissions, ratified the Paris Agreement, which embeds climate change issues in the countries’ legal framework.

But beyond this climate agreement is an equally crucial concern on how country commitments could be translated into concrete actions.

In the late 1990s, the International Rice Research Institute (IRRI), together with national partners in the Philippines, developed a water-saving technology known as alternate wetting and drying (AWD) in light of mounting pressures on water resources. Later, IRRI discovered AWD’s potential for reducing GHG emissions, particularly methane, in rice production systems, by half.

Given the considerable potential of the technology for mitigating GHG emission, IRRI scientists analyzed a combination of biophysical factors and developed maps that identify which areas in the Philippines are climatically suitable for AWD adoption. The study shows that AWD can be used in 60% of the rice-growing areas in the country, reaching more than 90% and 34% suitability during dry and wet seasons, respectively. Large parts of these areas are located in central Luzon, the country’s rice granary, as well as in northern Luzon. 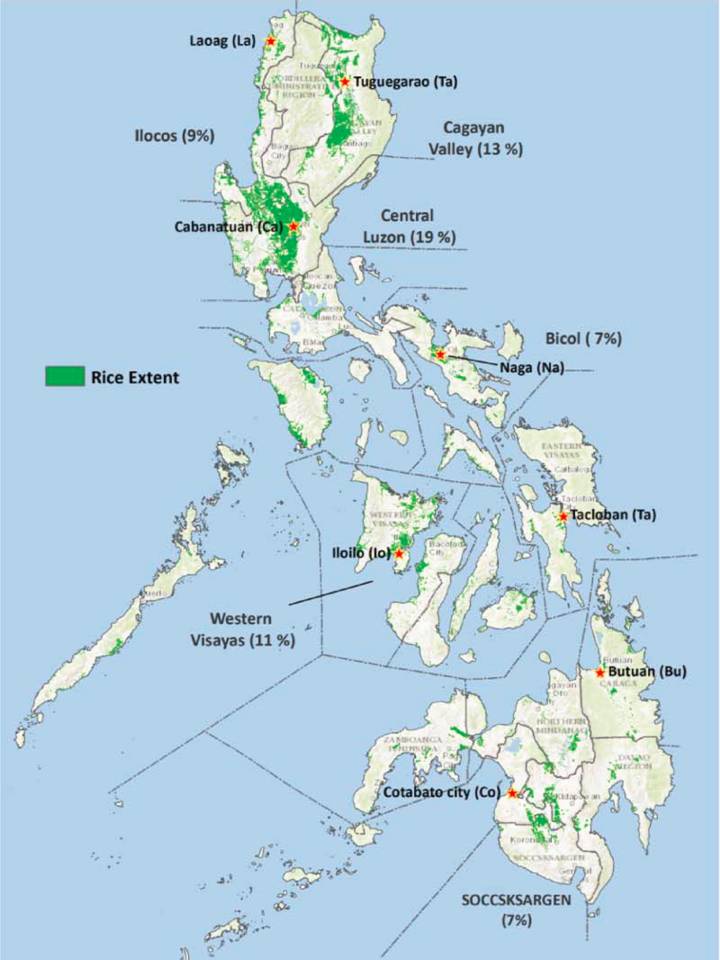 The AWD suitability map shows areas in the Philippines where the use of AWD is suitable.

“We want to provide some guidance for AWD dissemination,” explained Dr. Bjoern Ole Sander, climate change scientist at IRRI. “These maps are the first step to pinpoint where AWD can be effectively practiced and where it should be actively promoted. We can now refine these maps for key provinces.”

AWD is ideal for irrigated rice systems where water supply can be controlled as needed. But the suitability assessment showed that even during the monsoon season, when farmers often apply additional irrigation water to keep the fields flooded, AWD can be practiced provided there is sufficient time between rainfall events for the fields to drain out.

The suitability assessment considered several factors such as temperature, rainfall, soil texture, and important data such as rice calendar, statistics, and rice areas for specific cropping periods, which are analyzed from satellite observation. Besides assessing suitable areas for AWD implementation, the GHG emission reduction potential of the technology on the national level has been calculated.

Although the Philippine Department of Agriculture has issued the guidelines for the adoption of water-saving technologies like AWD in irrigated rice systems in 2009, the use of the technology has not been widespread. To date, less than 100,000 hectares of the country’s 4.8 million hectares of rice area have adopted AWD.

Results of this study provide a positive scope for implementing a low-carbon rice production across the Philippines where the agriculture sector contributes 29% of the country’s GHG emissions—and 50% of that comes from rice production.

The AWD technology has also been field tested and validated by rice farmers in Bangladesh, Indonesia, Myanmar, Thailand, and Vietnam. However, a more comprehensive suitability mapping in these countries has yet to be accomplished for a more effective implementation and broader adoption.