The 2010 study examined the decreasing grain yield of IR8, which was the first modern rice variety of the Green Revolution, and provides strong justification for continuous maintenance breeding efforts to preserve rice yield potential. 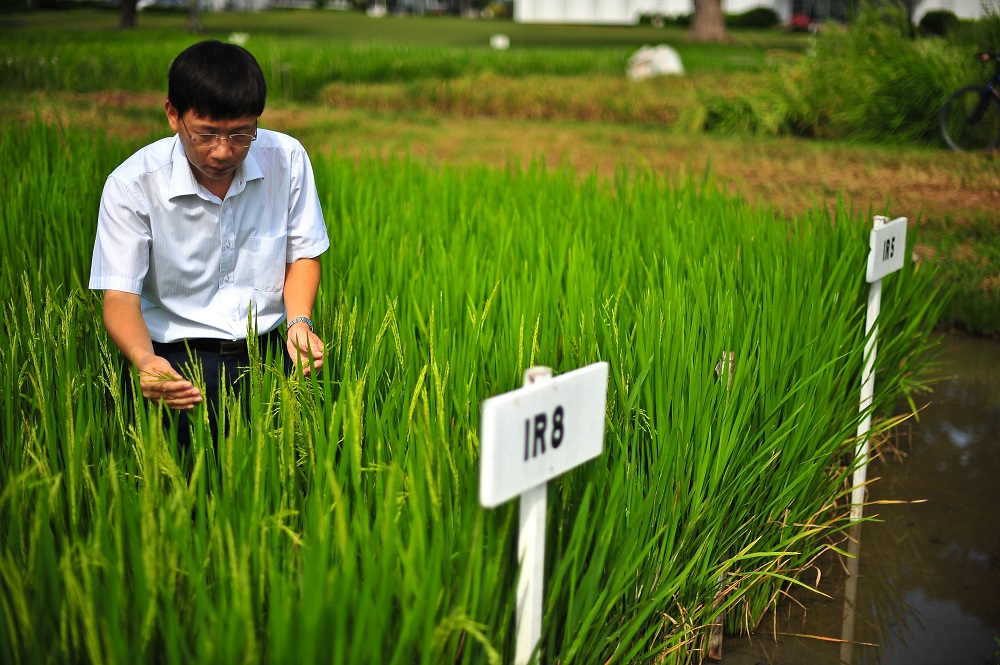 .
The Green Revolution was initiated by the introduction of modern high-yielding rice and wheat varieties in the 1960s. In recent years, however, there are signs of stagnating yields in major rice producing areas of Asia, which suggests a lack of genetic gain in yield potential in rice improvement programs.

We examined the grain yield of IR8, which was the first modern rice variety of the Green Revolution, and found that it has decreased by 15% compared to levels it achieved in the 1960s.

To determine if this yield difference was due to genetic changes in IR8 seed through repeated cycles of planting, or to the lack of adaptation to changing environmental conditions, we compared IR8 stored in a gene bank for 30 years with continuously grown IR8 in both field and pot experiments. In the field experiments,

These findings suggest that the low yield of IR8 resulted from the lack of adaptation to changed environmental conditions, and maintenance breeding plays a critical role in improving adaptation of newly developed varieties to environmental changes that have a negative impact on older varieties. Our study provides strong justification for continuous maintenance breeding efforts to preserve rice yield potential through improved resistance to rapidly evolving biotic and abiotic stresses.