Senegal’s dependence on imported rice is not only about preference toward a more convenient food. It is also about the neglect of domestic food production, which is exacerbated by urbanization. 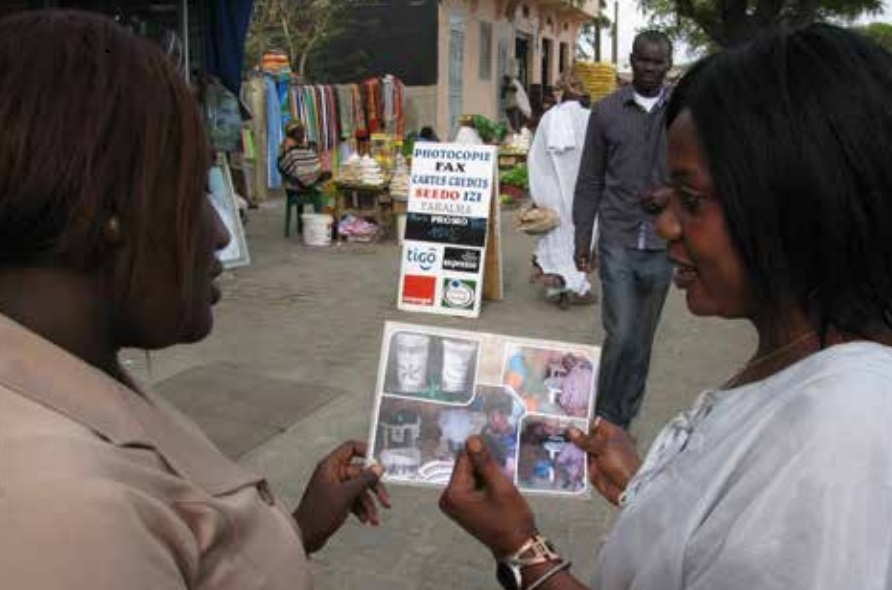 Consumers are recruited in the market of Saint-Louis for an experimental auction during which their willingness to pay for upgraded rice is elicited. (Photo: Matty Demont)

Imported rice is the main staple in the West African nation of Senegal. But not because it’s cheap. On the contrary, rice in the country is “priceless.” In December 1994, the government devalued Senegal’s currency, causing the cost of all imported products to double overnight. The government was hoping consumers would replace imported rice with domestically produced foods to stimulate the agricultural sector and reduce the country’s dependency on imported rice. However, the demand for imported rice in Senegal after the devaluation did not change. This was quite remarkable considering that Senegal is one of the poorest countries in the world, where the most impoverished groups spend as much as half of their income on food. The devaluation did, however, have an undesirable effect on consumers’ diets. In order to be able to buy imported rice at inflated prices, they bought less meat and other foods, which adversely affected the nutritional status of millions of Senegalese.

Rice and urbanization
Changes in food preferences, in which diets shift from traditional coarse grains and other locally sourced starchy foods to wheat and rice, have long been associated with urbanization across the developing world. The reason is straightforward and comes down to individuals’ opportunity costs. A growing urban population means changes in working patterns: people move away from agricultural activities in pursuit of off-farm work. More time away from home increases the opportunity cost for preparing traditional staples, which are relatively time-consuming to prepare. Millet, for instance, is still covered with husk so consumers need to remove it themselves. It also requires several washings, grinding into flour, rolling by hand to form small pellets or couscous, and, finally, steaming the millet a couple of times before it is ready to be served. In contrast, imported rice is easy to prepare and cook.

However, urbanization alone does not tell the whole story. When Senegal became independent in 1960, it was a largely rural-based society. Three-quarters of its population lived in the countryside. Although traditional staples such as millet and sorghum played a more important role in the Senegalese diet back then, imported rice was already a major source of nutrition in Senegal.

Asian rice for the Peanut Coast
European traders named some coastal regions of West Africa after their primary export. Though the term was never used to refer to Senegal and neighboring Gambia, the “Peanut Coast” would have been an accurate description of the Senegambian region from the mid-19th century onward.

The peanut, introduced to Senegambia by Portuguese traders in the 16th century, prospered in the country’s volatile and drought-prone Sahelian and Sudanic northern and central regions. It was quickly adopted as a supplemental food crop to millet. This emergency food crop turned into farmers’ primary cash crop when French industrialists discovered that peanut oil could be used to produce an acceptable soap for the French market—speeding up the adoption of peanut cultivation in Senegambia. Farmers began allocating more land and labor to cultivating peanuts. Because the adoption of peanut cultivation was so widespread, and with less focus on food crops and dwindling trade sources of food staples in neighboring kingdoms, food shortages became more common and prolonged.

There was no millet or sorghum in international markets from which Senegalese farmers could purchase their food supplies. However, French Indochina in the Mekong Delta had surplus rice, which was already being exported to Europe largely for industrial use. The French redirected cheap broken Asian rice to Senegal and neighboring Gambia. As peanut production expanded, so did the region’s dependency on imported rice to balance the food deficit. 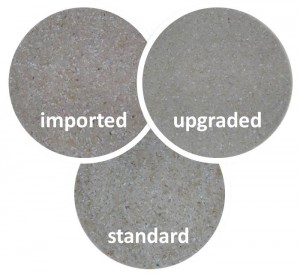 Preference for broken grains
Senegal’s rice preferences, along with Gambia and Mauritania, are quite peculiar in the sense that broken rice is actually preferred to unbroken rice. Broken rice is perceived as having low quality in most countries. But colonial administrators were keen to find the cheapest source of food to import to Senegal in order to feed the burgeoning peanut industry workers while maintaining a trade surplus.

However, this does not explain why broken rice is still preferred over higher-grade rice today.

“Rice is essentially a substitute for millet in Senegal,” says Matty Demont, a senior economist and leader of the value chain research team at the International Rice Research Institute. “Lunch, the most important meal of the day, was originally based on millet with fish. But millet has been gradually replaced by 100% broken rice, which blended nicely with the dish. This explains the preference for 100% broken rice.”

Volatile rice market
Although imported broken rice has provided a solution to Senegal’s food deficit throughout the last century and a half, imported rice supplies have at times been unstable. The 2008 rice price crisis is one of a string of such events that had a dire impact on Senegal. Others occurred in the 1930s, after World War II, the early 1950s, and the early 1970s.

Likewise, volatile peanut export revenues have at times crippled the country. International peanut prices halved within six years in the 1880s and international markets were also deeply affected during the First World War and during the 1930s, so much so that Senegalese peanut farmers were forced to abandon their cash crop and resort to subsistence farming to make ends meet.

Imported rice at any cost
Today, Senegal continues to rely on imported rice. Although the country has a population of only 14 million, it was the third-largest rice importer in Africa in 2014, behind Nigeria and South Africa.

The Senegalese government still wants to end the country’s dependency on rice imports. However, after the riots in Dakar caused by rising food prices in 2008, the government made a renewed attempt to become self-sufficient in rice. Yet, despite numerous efforts to increase domestic rice production, overall yields have remained fairly flat. The larger concern, Dr. Demont believes, is that “infrastructure first needs to be upgraded for complying with quality standards before increased productivity can really replace imported rice.”

Meanwhile, not only has Senegal become more dependent on rice imports, it has also become more dependent on rice as the primary source of nutrition for its inhabitants. At the inception of its independence, rice represented 20% of the average Senegalese calorie intake and 66% of this rice was imported. By 2011, the share of rice had increased to 31% of the calorie intake and 75% of this was imported.

Beyond imported broken rice
Senegal’s dependence on imported rice was not just a question of changes in food preferences toward more convenience foods but the neglect of domestic food production and overspecialization in a single cash crop. A lack of domestic food industries, which offer food staples accepted by Senegalese consumers, fuels the cycle of food import dependency. This vulnerability continues to deepen with urbanization.

The historical trend would suggest that reducing rice import dependency in Senegal is irreversible. But research conducted at the Africa Rice Center has already shown that urban consumers are willing to pay premium prices for high-quality local rice, suggesting that the urban bias toward imported rice can be reversed.

Since the introduction of fragrant rice varieties in the Senegal River Valley, Senegalese rice farmers have dramatically increased their access to urban markets and local rice varieties are becoming more available in Dakar markets, according to Dr. Demont. An interesting aspect of rice preferences in Senegal’s primary urban center is that, although expectations about the quality of rice continue to grow because imported Asian rice sets the benchmark, it is the fragrant 100% broken rice that is highly sought after because of its historical roots.

Dr. Demont believes that adapting to Senegal’s peculiar demand for broken rice is a major challenge for the local rice industry. The question arises whether attempts should be made to develop more efficient processes for producing high-quality broken rice or whether efforts should be made to modify consumer preferences for whole-grain rice or even other staple foods. However, while imported broken rice remains available—and unless there are feasible alternatives—it would be surprising if Senegalese consumers willingly changed their preferences.

Mr. John is an independent researcher and was a Young Rice Scientist awardee at the 4th International Rice Congress held in Bangkok in October 2014.