Crop lodging is the most important constraint in achieving high yields and plant breeders agree that more research is needed to develop lodging-resistant rice varieties. However, screening for lodging susceptibility under natural conditions is difficult because of unpredictable weather conditions. Until the Blaster came along. 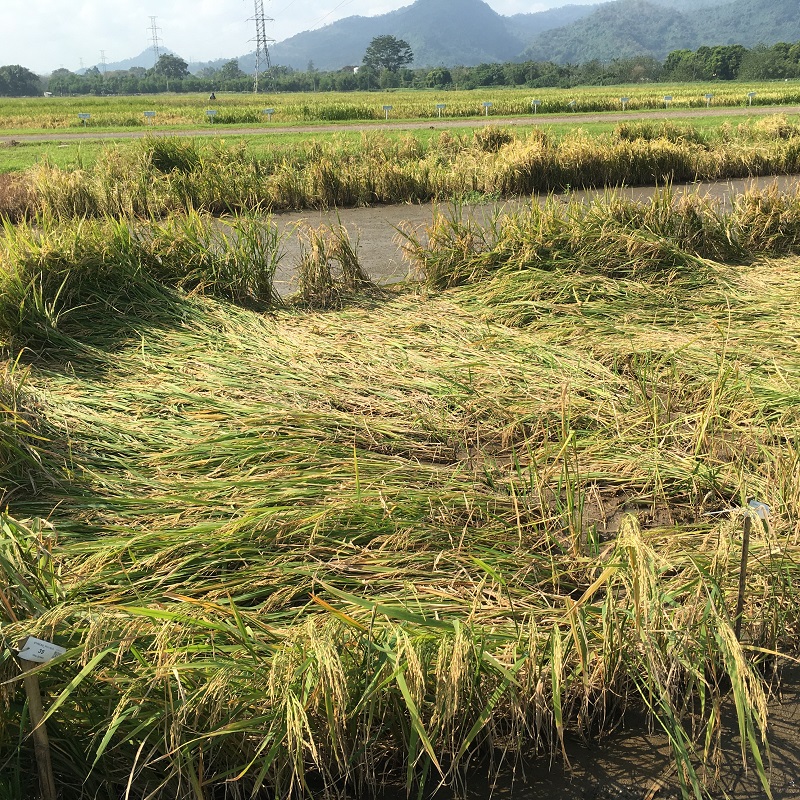 .
Crop lodging is the physical collapse of the plant canopy, which can happen spontaneously through external forces such as wind or both because of the mechanical instability of the plant stem.

As breeders developed rice varieties for maximum grain yield, lodging has become a major obstacle in rice production. Crop lodging is the most important constraint in achieving high yields with losses of up to 40% in rice. It also increases the time and cost of harvesting and drying wet grains leading to economic losses.

These losses are, generally, poorly documented in rice crops; thus, there is consensus among plant breeders that more research is needed to develop lodging-resistant rice varieties. However, screening for lodging susceptibility under natural conditions is difficult because of unpredictable weather conditions.

Under the Scientific Know-How and Exchange Program between the India Syngenta, International Rice Research (IRRI), and CIRAD in France, the former Yield Potential and Field Phenomics Team of IRRI, then headed by Dr. Michael Dingkuhn, conceived and developed a low-cost field methodology using a machine known as the “Blaster.” , 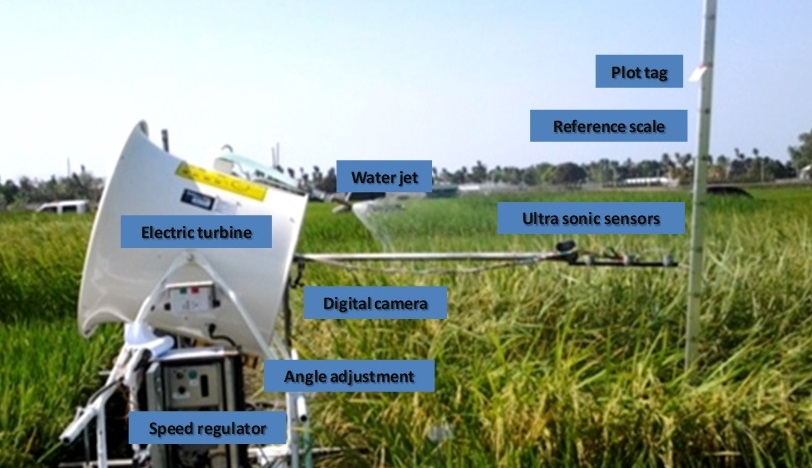 .
The Blaster is a plot-scale mobile system that uses a wind turbine to generate cyclone-like conditions using a turbine to create a wind path, 1 meter wide and 6 meters deep, in the field. The wind speed is adjustable to 30, 45, and 60 kilometers per hour (km/hr).

It has been utilized in lodging resistance research of 20 mostly high-yielding but diverse rice varieties in 2013, 2014, and 2015 under irrigated transplanted conditions in the Philippines, particularly in evaluating how lodging was affected by genotype, crop management, or season. Since 2015, however, the Blaster system has not been used in field experiments at IRRI.

This year, researchers under the Rice Breeding Innovations (RBI) Platform decided to resume its use.

In March 2022, Ma. Rebecca Laza, a senior associate scientist in Crop Physiology, and research technicians who had previously used the Blaster successfully tested the machine and trained other technicians on its use and operation.

A field experiment was conducted in the 2022 wet season to test the stem lodging of 18 elite breeding lines and varieties recommended by the RBI Lodging Team. A lodging-resistant variety, NSICRc 158 (Tubigan 13), was used as a check.

Lodging was induced by the Blaster when 50% of the rice plants in a plot were at the late dough grain stage (31–35% grain moisture content), following the standard methodology at a wind speed of 60 km/hr. Percentage recovery, lodging resistance index, and other traits such as breaking strength, bending of the main tiller, stem and culm diameter, and nonstructural carbohydrate content in the stem were measured. 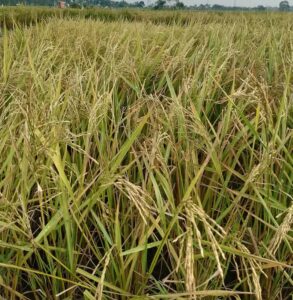 Aside from helping to prioritize the breeding lines, another objective of the study is to identify key component traits that could help with more rapid screening and introgression of lodging resistance into elite materials. A previous study showed that these traits directly correlated with the Blaster-induced lodging results.

Preliminary data indicate that most of the cultivars tested recovered seven days after blasting, indicating lodging resistance. However, other component traits have yet to be analyzed and correlated; and the yield loss by the lodging treatment will be assessed. The plan is to repeat the blasting trial in the 2023 dry season.

Incidentally, NSIC Rc158,  which has an average yield of 6 tons per hectare, remained standing after Severe Tropical Storm Nalgae (Paeng) passed near IRRI headquarters, where the experiment is being conducted. Nalgae was packing at winds 95 km/hr and gustiness of up to 160 km/hr.

Thanks to the Blaster, lodging resistance research at IRRI will be propelled forward without any help from Mother Nature.