Like a roller-coaster, rice prices in the volatile global market can move up and down in a matter of weeks. But, runaway prices, like those that fueled the 2008 rice crisis, could have been prevented had the right people been given the right information at the right time. In 2011, IRRI began an initiative to develop a global rice information gateway in an attempt to provide timely and accurate information to decision makers to support evidence-based policy-making in rice-growing countries. 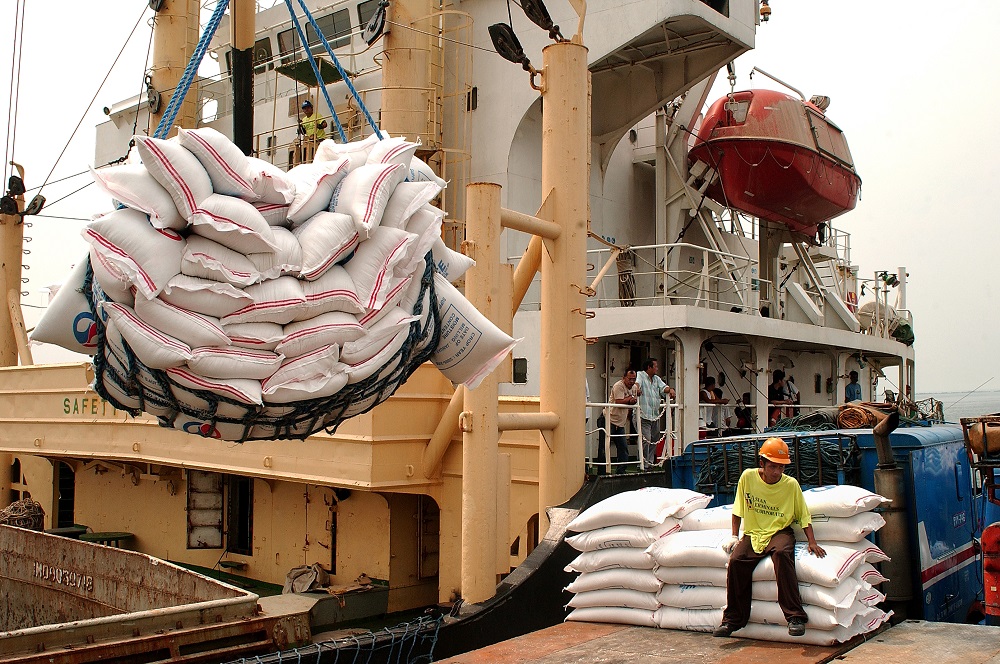 The need for information affecting the rice market has increased by leaps and bounds in this era of low buffer stocks and frequent occurrence of extreme weather such as flood and drought. IRRI, as the premier rice research organization in the world, is in the best position to provide unbiased and accurate information on current and future conditions of the global rice market and policy impacts.

“IRRI has an added advantage of having field-level data and information on current crop conditions, disease problems, and other issues affecting the rice crop in various Asian countries that have implications for global and local rice markets,” assured Samarendu Mohanty, economist and head of IRRI’s Social Sciences Division.

Rice information gateway
“The Institute has taken the initiative to develop a global rice information gateway—an information hub that provides real-time crop condition reports; short- to medium-term projections of production, consumption, trade, and prices under different domestic and trade policy regimes and macro conditions; and national, subnational, and household survey data. “The source of timely information has become an urgent matter in these times of low rice buffer stocks and with the increasing frequency of floods and droughts,” Dr. Mohanty added.

Taming turbulent market behavior
“To address the information gap and possibly prevent another food crisis from happening, IRRI has developed a Global Rice Policy Simulation Model,” said Dr. Mohanty. The IRRI Global Rice Model (IGRM) is one of the information gateway’s components. The policy simulation model is a state-of-the-art model describing the behavior of the global rice market and its linkage with other agricultural and nonagricultural inputs and products.

Supply is modeled in a regional framework to capture different crop mixes due to climatic differences and regional heterogeneity in the availability of water and other natural resources. It includes policy variables in supply, demand, ending stocks, exports, imports, and price transmission equations. Currently, the model includes 26 major rice-producing and -consuming countries/ regions in Asia, Africa, and Latin America that account for more than 90% of production, consumption, and exports.

The model is capable of generating short- to medium-term baseline projections of production, consumption, trade, and prices of rice. More importantly, it can be used to analyze a variety of subjects related to domestic and trade policies, and assessments of technology interventions.

Eye on the global weather
A stochastic component of the IGRM is being developed to reflect the variables in weather forecasting, which is an important factor affecting the rice market. Stochastic analysis looks at different ways in which a market could unfold under hundreds of scenarios covering weather variations and other random factors. IRRI collaborates with the Food and Agricultural Policy Research Institute at the University of Missouri-Columbia in developing a stochastic component for the IGRM.

In addition, efforts are under way to disaggregate rice consumption by urban-rural and by different income groups using household survey data to capture the difference in consumption patterns that will arise with an increase in income and population growth. Country coverage of the model is being expanded to include additional countries from Africa and Latin America in collaboration with AfricaRice and CIAT, respectively.

This story was originally published in the 2011 Global Rice Science Partnership Annual Report.