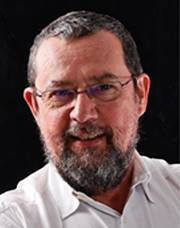 The Africa Rice Center (AfricaRice) is pleased to announce the appointment of Etienne Duveiller as the new deputy director general and director of research for development (DDG-DR4D), following an extensive global search and recruitment process. He will assume his new position on 1 September 2016.

Duveiller, a Belgian national, has more than 30 years of experience across Asia, Latin America, and Africa in international agricultural research for development, project development and implementation, capacity building, and institutional development.

Duveiller has been a staff member at the International Maize and Wheat Improvement Center (CIMMYT) since 1987, holding progressive leadership responsibilities. Currently, he is CIMMYT’s regional representative for Asia and director of research for South Asia, based in India.

He was an advisor to CIMMYT Director General during the early development phase of the Borlaug Institute for South Asia, a collaborative effort involving CIMMYT and the Indian Council of Agricultural Research. Prior to that, he was associate director of CIMMYT Global Wheat Program, in Mexico.

Before joining CIMMYT, from 1984 to 1986, Duveiller was a rice pathologist at the Université catholique de Louvain (UCL), Belgium and at the Institut des sciences agronomiques du Burundi.

Duveiller has a solid track record of peer-reviewed publications and book chapters and has participated in several international scientific committees.

Thanking the search committee and staff, AfricaRice Director General Dr. Harold Roy-Macauley said, “Please join me in congratulating Dr. Duveiller on his new appointment. We are excited by the wealth of experience and science leadership skills that he brings to AfricaRice, which will help build on the center’s past successes and provide strategic leadership to our research agenda in order to make it even more vibrant and effective.”

AfricaRice is a CGIAR research center–part of a global research partnership for a food-secure future. It is also an intergovernmental association of African member countries.