Women are increasingly establishing their identity as efficient and knowledgeable farmers in their community, thus increasing the scope of inclusion and equity in India’s society. 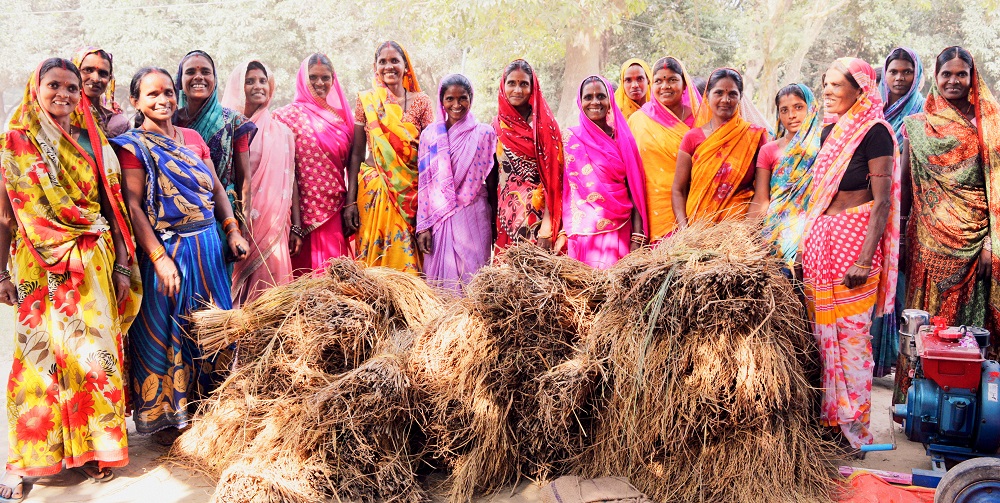 Women play a crucial role in rice farming in India. They provide a high proportion of the labor in the country’s rice cultivation. They contribute significantly to production and postharvest operations. However, because of social and cultural barriers, women farmers often lack access to information and modern agricultural technology.

Bihar, one of the eastern Indian states, has low agricultural productivity and high incidence of poverty. Male outmigration in pursuit of better economic opportunities is high, leaving the responsibility of farming, child-rearing, and household work to women.

In India’s patriarchal society, farming has been considered a “man’s world” for centuries. The men have ownership of the land. “Women’s contributions to the farm economy remain invisible and unrecognized,” said Ranjitha Puskur, leader of gender research at the International Rice Research Institute (IRRI). “Being a part of the informal sector and their work unpaid and characterized as family labor, women have no identity as farmers.”

Although only 1% of the women in Bihar own land—and they are mostly small and marginal farmers— they represent untapped human resources for producing food.

Women farmers could substantially increase the yields on their farms by 20% to 30% if they had the same access as male farmers to agricultural inputs and services, according to the FAO State of Food and Agriculture 2010-11 report.

In her presentation, which she co-authored with Dr. Puskur, Ms. Munshi portrayed the challenges and the solutions that are enabling women farmers in Bihar to redefine their roles.

The women in Bihar are not a homogeneous group, according to Ms. Munshi. Some women are landless, some are marginalized smallholders, and some are landowners. But, they have one thing in common.

This is where women’s self-help groups come in. Through a pilot project under the Cereal Systems Initiative for South Asia (CSISA) hub in Bihar, CGIAR, the State Department of Agriculture, Jyoti Mahila Samakhya Federation, and other nongovernment organizations joined hands to introduce mechanized rice farming and better agronomic practices to the women farmers in the state.

CSISA has been working closely with these village-level organizations through partners that bring women together to support one another and obtain access to improved technology, microcredit, and other services. These efforts have proven to be highly effective at creating change in the women’s communities.

“In groups, women were willing to experiment and take risks,” said Ms. Munshi. “They perceive that the risks are shared within the group and that their voices are being heard in the decision-making process.

“With their newly found voice and negotiating power, the women, or Kisan Sakhi as they are now known, were able to articulate their preferences and needs,” Ms. Munshi added. “They wanted to increase the productivity of their farms and lower the cost of production and labor, and they wanted relief from the drudgery of plowing, transplanting, weeding, irrigating, and harvesting. They also wanted other income-earning opportunities.” 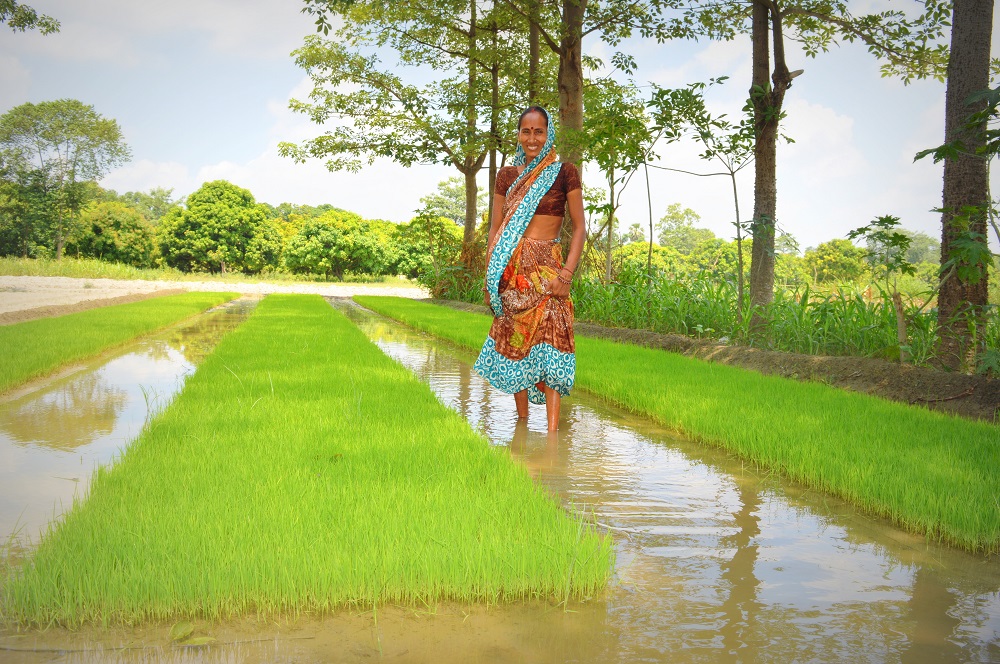 Access to knowledge, information, social capital, and services increases their confidence and, in turn, their decision-making at household and community levels.

CSISA introduced the community nursery for healthy seedlings, mechanical transplanting, and improved threshing. With fewer hours spent on labor, the women farmers had more opportunities for other activities such as education, selling vegetables, and livestock. CSISA’s focused interventions have led to nearly 4,500 women farmers adopting new climate-resilient and sustainable agricultural practices and technologies.

“Access to knowledge, information, social capital, and services increases their confidence and, in turn, their decision-making at household and community levels,” Dr. Puskur reported. “Women are increasingly establishing their identity as efficient and knowledgeable farmers in their community, thus increasing the scope of inclusion and equity.”

Despite gaining some ground, women farmers still contend with some challenges.

“There is a need for making technology more women-friendly,” shared Ms. Munshi.

“The women expressed interest in value addition and having better links to markets. But, because of the existing social norms and patriarchal setup, the women farmers’ mobility and interaction with people outside their families are restricted. There is a need to design strategies to bring the market closer to them and further explore the use of information and communication technology. Self-help groups need more capital to become viable. Women-friendly financial services and products need to be developed.” The women farmers of Bihar have the potential to transform agricultural production and help to eradicate hunger. But, the power of Kisan Sakhis can be harnessed only if they are given access to resources, knowledge, and services.

Mr. Santiaguel is the managing editor of Rice Today.