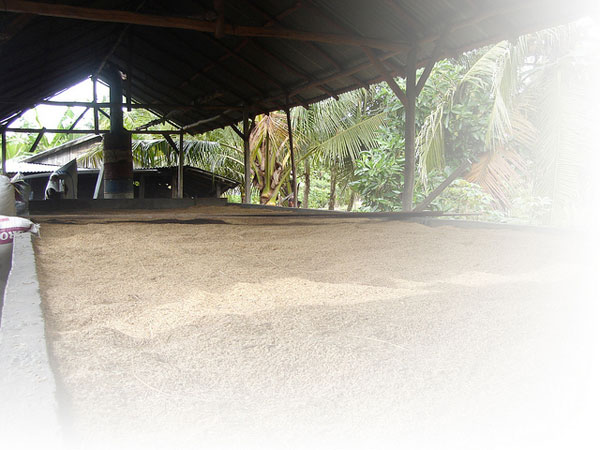 At first, the flatbed rice grain dryer did not take off in most countries because of the high-cost kerosene-fueled burner. Its 1-ton drying capacity per batch was too big for small farmers and too small for the commercial sector.

It was only in Vietnam where the technology was successfully adapted, thanks to a version modified by Nong Lam University (NLU). By 2005, around 4,000 dryers with 4- to 8-ton capacity were installed in the Mekong Delta, all using rice husk as fuel. Neighboring Lao PDR, Cambodia, and Myanmar had no dryers at that time. Indonesian dryers mostly installed by the government were not being used. And, only a few dryers based on the Vietnamese design were used in the Philippines.

After the training, they installed the first pilot unit in Myanmar, which sparked the production and installation of dryers at rice mills and with farmers’ groups. By 2012, more than 70 dryers had been installed by the PPHDG, 80 by Mr. Tin Oo, and 150 by others who had copied the design.

In the tidal lands of South Sumatra, low-quality discolored rice was common because of delays in handling and drying. This was caused by shortages in labor and poor postharvest facilities. Then, AGRINDO, a machinery manufacturer in Java, introduced a kerosene-fueled flatbed dryer in South Sumatra in 1995. Unfortunately, users abandoned the dryer because of rising fuel costs.

In 2003, a rice-husk-fired dryer with 3.3-ton capacity was developed by the Indonesian Center for Rice Research in Sukamandi, and introduced in South Sumatra by the Assessment Institute for Agricultural Technology in Palembang. IRRI helped by transferring a bigger and more efficient fan to a local manufacturer in Palembang. Come 2010, around 200 dryers were installed in South Sumatra, mainly by rice millers. Four local workshops are now producing dryers there, with one shop in Palembang already making good-quality dryers.

In 2012, IRRI provided additional training on blower testing and manufacturing of an improved rice husk furnace.

Most Filipino farmers rely on the sun to dry their grain, but now they face quality problems because of unpredictable weather.

In the past few years, the Philippine Rice Research Institute (PhilRice) worked with NLU to bring in the second-generation flatbed dryer with reversible airflow from Vietnam to the Philippines.

IRRI supported a participatory verification of the initial units of these dryers through the Irrigated Rice Research Consortium (IRRC) and an Asian Development Bank (ADB)- funded postharvest project. And, the Philippine Department of Agriculture funded 10 units installed at PhilRice stations.

These dryers are now distributed to end users through PhilRice and a postharvest learning alliance. Both serve as platforms in which the dryers can be evaluated in a business model context with end users and supporting institutions such as non-government organizations, local government units, and IRRI.

The need for mechanical dryers in Cambodia sprang from the proliferation of combine harvesters in the country.

Now, with around 2,000 combines being used, large amounts of grain harvested need to be dried. Sun drying is no longer suitable (see Machines of progress). Thus, the ADB-IRRI project transferred the flatbed dryer from Vietnam to a local manufacturer in Cambodia.

From one demonstration unit installed with a farmers’ group in 2007, Cambodia now has hundreds of flatbed dryers. The private sector has realized the benefits of mechanical Eclipsing the sun: flatbed dryers drying and several companies have invested in the technology. Nou Kim Sean, a rice miller who partnered with the project, has now designed a recirculating batch dryer—the next level of the technology. In 2012, IRRI tested the dryer and assisted him in coming up with an improved second version.

Previous attempts to introduce mechanical dryers for rice have failed because of unsuitable technologies, high fuel costs, and markets that accepted sun-dried paddy without a price penalty.

However, increased harvest volumes and markets becoming more quality-conscious pushed the need for mechanical dryers in Southeast Asia over the last decade.

Within a few years, neighboring countries adopted the dryers because of the dryers’ adapted design, the use of rice husk as fuel, as well as the facilitation of technology transfer and support to local manufacturers.

Each country had local champions who drove the technologies even beyond project horizons. Multi stakeholder platforms such as learning alliances helped in linking actors across sectors, capturing the learning, and making it available for others.

All these were key ingredients that helped move flatbed dryers from Vietnam across Southeast Asia.

Ms. Trina Leah Mendoza is a communication specialist at IRRI.