A transdisciplinary group of scientists has succeeded in increasing iron (Fe) and zinc (Zn) levels in rice through biofortification—a breakthrough in the global fight against micronutrient deficiency or “hidden hunger.” Their research was recently published in Nature‘s Scientific Reports. 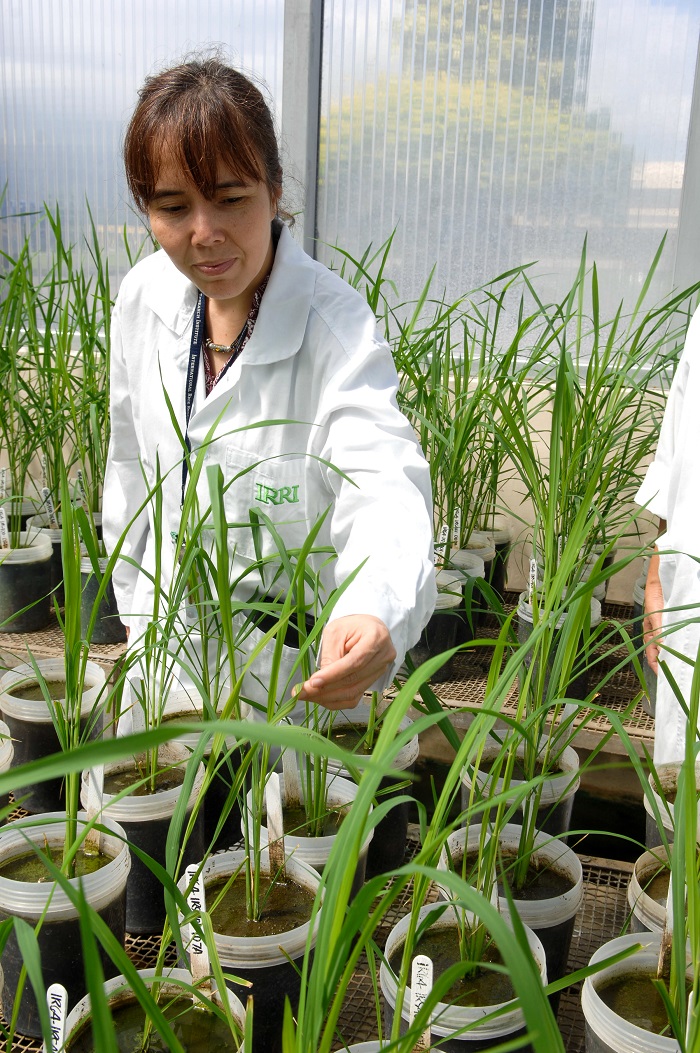 According to the World Health Organization, Fe deficiency is the most pervasive form of malnutrition and a leading cause of anemia in women and children. Zn deficiency causes stunting and has serious consequences for health, particularly during childhood.

The researchers, who represent institutions in the Philippines, Colombia, Indonesia, USA, Australia, and Japan, have found proof of concept in confined field trials for increasing Fe and Zn levels in rice without a yield penalty or a change in grain quality. This development, a result of research funded by HarvestPlus, could potentially help several nations reach nutritional targets for Fe and Zn.

Howarth Bouis, HarvestPlus director, described the significance of the research by way of its implication on global hunger and mitigating undernutrition: ‟The research results, which have exceeded target levels of both Fe and Zn, speak of the immense potential of using transgenic techniques in pursuing biofortification to improve the nutritional value of food crops. This demonstrates how scientific innovations can expand the range of solutions to curbing micronutrient deficiencies.”

The study found that the genetically engineered rice has significantly increased levels of Fe (up to 15 micrograms) and Zn (up to 45.7 micrograms) per gram of polished rice that human cells can potentially absorb.

Scientists used genes–nicotianamine synthase from rice and ferritin from soybean–that together produce high-micronutrient grains. They introduced the genes to a rice variety, IR64, and bred these into other popular indica varieties, the world’s most widely grown type of rice from South and Southeast Asia where Fe and Zn deficiencies are prevalent.

The full article, Biofortified indica rice attains iron and zinc nutrition dietary targets in the field is available on the Nature website.

Ms. Ebron is a science communication specialist at IRRI.