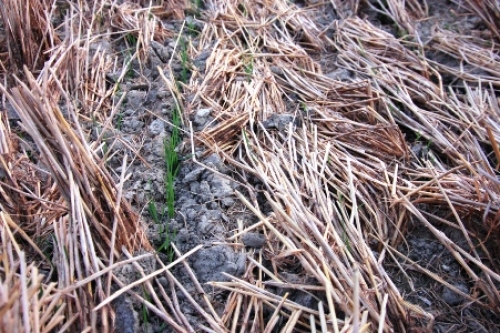 Global wheat production has plummeted due to extreme weather conditions.

The global food situation is making headlines again. However, unlike in 2008, wheat is now the focus of attention because of weather related production losses in the major exporting countries.

The Russian wheat crop has been severely damaged by drought and wildfires and production is estimated to fall by more than 30%. Two of its wheat-exporting neighbors, Ukraine and Kazakhstan, are also reeling under severe drought and are expected to harvest 20–30% less. On top of that, Canada has been hit hard by excessive rain in the major wheat-growing regions of Saskatchewan, Manitoba, and Alberta. According to the September 2010 World Agricultural Supply and Demand Estimates (WASDE) published by the United States Department of Agriculture, 2010-11 global wheat production is expected to be 37 million tons lower than the previous year’s production of 680 million tons.

Rising uncertainties in production have kept wheat prices on the move since the beginning of July 2010. But, prices shot up to a two-year high in the first week of August when Russia announced its temporary ban on wheat exports until the end of this year. The effects of higher wheat prices are beginning to be felt on the streets of poor food importing countries. For example, riots broke out in Mozambique as its people protested against the rising prices of bread and other food items. The recent announcement of the extension of the Russian export ban until next year’s harvest further complicates an already fragile global food situation.

This rapidly evolving wheat situation brings back the memory of 2008 and raises some important questions: How will this affect the rice market and what can be done to minimize the recurrence of price crises in the future?