Dr. Hei Leung, a long-time respected plant pathologist and geneticist at the International Rice Research Institute (IRRI), passed away at home on 15 October 2022 in Gabriola, Canada, three weeks shy of his 67th birthday. He had fought a long battle with cancer.

Hei Leung discusses utilizing rice genetic diversity at his IRRI seminar in September 2013. See link to seminar at the end of this article. (Photo by Gene Hettel)

Hei served as IRRI’s program leader for Genetic Diversity and Gene Discovery and subprogram leader for Comparative Genomics in the Generation Challenge Program. He was given the distinction as an IRRI Principal Scientist in 2010 until his retirement in 2020.

His primary interests were in plant disease resistance and genetic diversity research. He collaborated extensively with research and breeding institutions on projects that had strategic significance in rice pathology, disease resistance, and functional genomics. 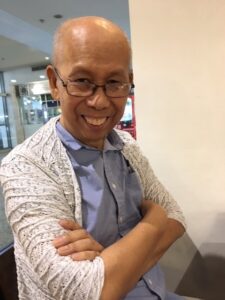 Dr. Leung focused on applying genetic diversity to address rice production problems and developing a public genetic research platform to enhance the use and conservation of genetic diversity. (Photo: IRRI)

Hei focused on applying genetic diversity to address rice production problems and developing a public genetic research platform to enhance the use and conservation of genetic diversity. He participated in research at IRRI on C4 rice, the genetic basis of durable disease resistance, the genetics of biomass, genotype-phenotype relationships, and molecular marker applications.

His research groups produced a large collection of rice mutants that have been used in many different studies that have led to the identification of new genes and pathways for different traits in rice.

Didn’t know he was poor!
On 5 November 1955, Hei was born with the help of a mid-wife in Xin Wei, Guangdong, China, a small village with no medical facilities and doctors.

“After I was about 1 year old, I travelled with my mother to Hong Kong,” he relayed in his 2020 IRRI Pioneer Interview. “My father and two sisters stayed behind in China. As a young boy, I went to kindergarten in a district called Sham Shi Po, a neighborhood for low-income families. I lived on the 4th floor of 6-flat building. Our floor was shared by at least six families. In the morning, everyone had to share one bathroom. At that time, I did not realize that I was I living in a poor neighborhood.

“When I was in fourth grade, my history teacher showed the class a page in National Geographic that mentioned the Green Revolution, which was kickstarted by the development of a ‘Miracle Rice.’ It left a lasting impression in my mind. So much so that when I finally left Hong Kong for college in 1975, I went to McGill University in Montreal, Canada, for my undergraduate degree in plant science.” 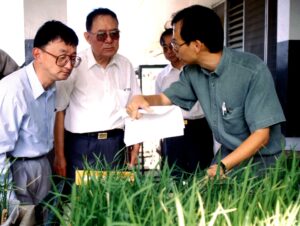 Rice blast was the disease to tackle
“Dating from the time when I saw that item in National Geographic about miracle rice, I had continued my keen interest in international agriculture. This prompted me to join IRRI in the Philippines in 1986 as a postdoctoral fellow to begin my career in rice pathology research. At that point, I came to realize that the rice blast fungus, Magnaporthe grisea (starting on page 46 of this rice disease chapter), is one of the most widely distributed plant diseases of a major food crop with a high destructive potential in most rice-growing countries. I was curious about its high pathogenic variability since my thesis work at the University of Wisconsin instilled the foundation for my passion in working on blast.” 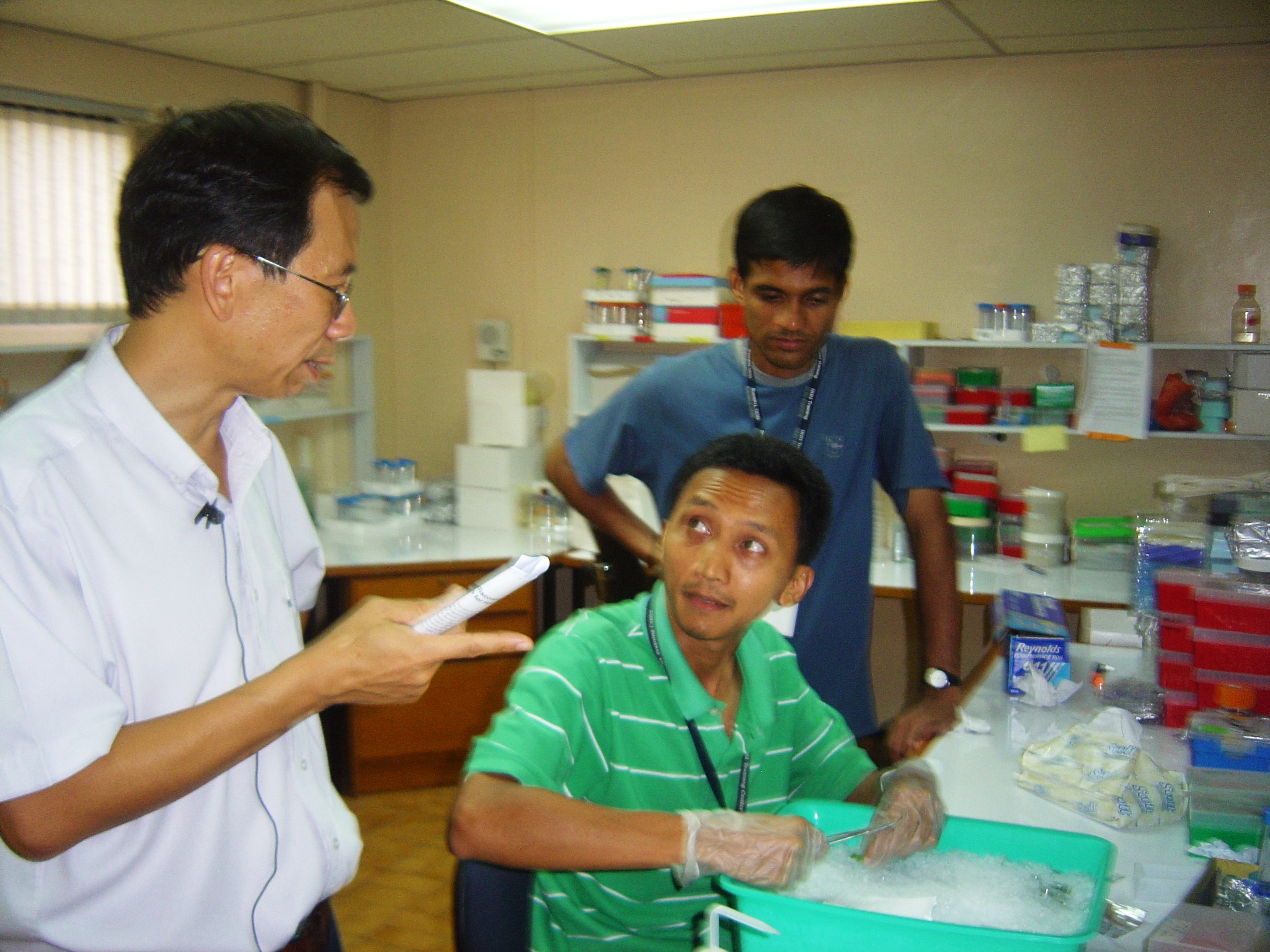 Over the years, Hei and his research colleagues at Washington State and IRRI made several key contributions to initiate development of the blast fungus as a tractable genetic system, leading to its eventual establishment as a model system. He studied meiosis and ascosporogenesis in the fungus, its chromosome number, and conducted the first successful crosses in M. grisea.

In addition, he developed a mapping population and contributed to the development of the first genetic map of the fungal genome. His laboratory conducted some of the first transformation experiments on the fungus and developed an insertional mutagenesis system that was applied to the analysis of morphogenesis, pathogenesis, and sporulation in Magnaporthe.

His work with the insidious pathogen culminated on 23 August 2013 when he received the “Lifetime Achievement Award for Rice Blast Research” during the 6th International Rice Blast Conference in Jeju, Korea. The organizer, Dr. Barbara Valent, asked a very surprised Hei to give a response. “I was quite nervous because I was not prepared for it,” Hei recalled during his Pioneer Interview. “Anyway, I walked to the podium thinking about what I was I going to say with no script in hand? So, I gave a short speech highlighting the work I did in collaboration with my colleagues and how grateful I was to receive the honor.”

Other rice diseases to be concerned about
Most assuredly, rice blast was not the only disease that Hei was concerned about throughout his career. During his Pioneer Interview, he enumerated other rice diseases of concern. “I worry about bacterial blight (caused by Xanthomonas oryzae pv. oryzae) as the second most important ‘shifty enemy’ of rice because of its damaging effect and wide distribution in tropical Asia,” he said.

“Additionally, the sheath blight complex (caused by Rhizoctonia spp.) is serious problem in irrigated rice and, so far, few effective resistances are available. And most recently, false or green smut (caused by Ustilago or Tilletia spp.) has become a new disease particularly for hybrid rice when the flowering rice plant is most susceptible to smut infection. Developing resistance is difficult because reliable disease evaluation has not yet been developed.”

Rice diseases eBook
Just before his retirement, Hei was involved as a co-author (among 24 other global rice disease specialists) and a major promoter in the development and release in 2018 of the unique online resource Rice Diseases: Their Biology and Selected Management Practices.

Hei pointed out: “As cultivation methods change, they can seriously affect disease and insect populations. Such changes were not recognized 2 decades ago. The new eBook on rice diseases is already providing an update on both old and new diseases in response to the new crop systems.”

“The threats of diseases are expected to be exacerbated by changing socioeconomic conditions and climate changes. However, advances in science and technologies also present opportunities to provide new solutions for new problems as well as for old ones. Because of the global nature of disease problems, international collaboration must be organized to develop a program integrating host resistance, disease pathogen monitoring, and ecological management. Such a program can facilitate sharing of resistant germplasm data on disease outbreaks and sharing of technologies in managing diseases on a global scale.” 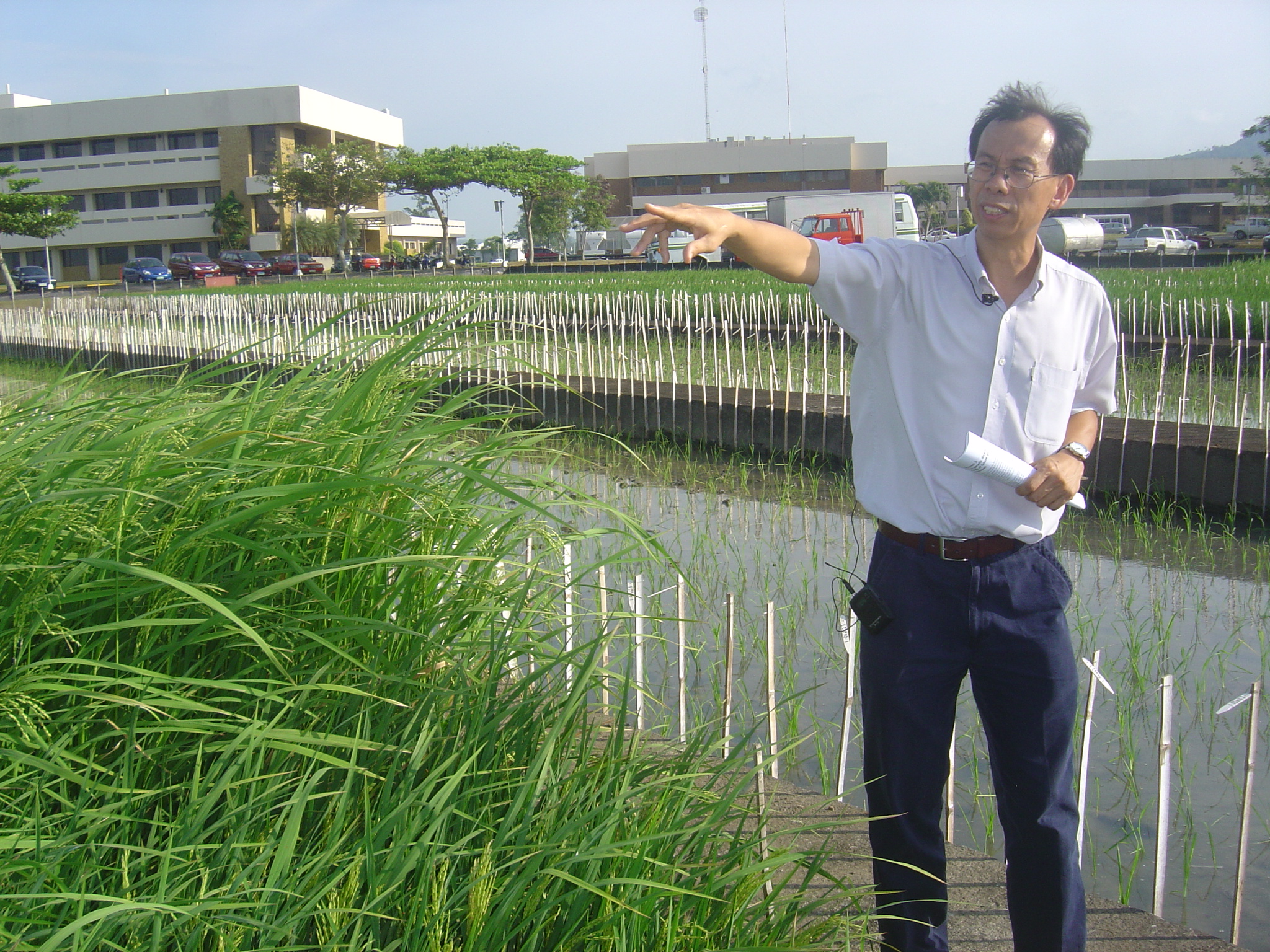 The IRRI experience: the importance of teamwork
In March of 2020, a farewell retirement party was held for Hei at the IRRI Guest House during which he commented: “I have worked for over 20 years together with many scientists at IRRI and around the world. This experience taught me the importance of teamwork and treating each other with respect regardless of our position, gender, and where we come from. This is the most important principle I have learned while working at IRRI. I treasure my experience here, the students we trained, the discussions about science, the sharing of ideas about global issues, and the friends I have made.”

What would Hei do?
Related to Hei’s retirement, a short time later, Dr. Zeigler wrote: “His wholesale commitment to scientific excellence and his unwavering dedication to helping make sure that science from near the cutting edge could make a real difference in people’s lives. He remained a champion for science all the time he was with IRRI and made sure that his views were known by every IRRI director general. He was tireless in building bridges to some of the best research programs around the world. As such, Hei was critical in maintaining IRRI as the key convener for advancing rice research within elite research institutions worldwide.”

Dr. Zeigler continued: “The intense loyalty and dedication to friends and loved ones that he has shown throughout—and there were plenty of times of adversity for him and his family—were certainly, for me, examples of how a person should respond when life throws some very nasty stuff your way. I for one take Hei as an example (“What would Hei Do?” “How would he react?”) when I have some life challenges facing me.” 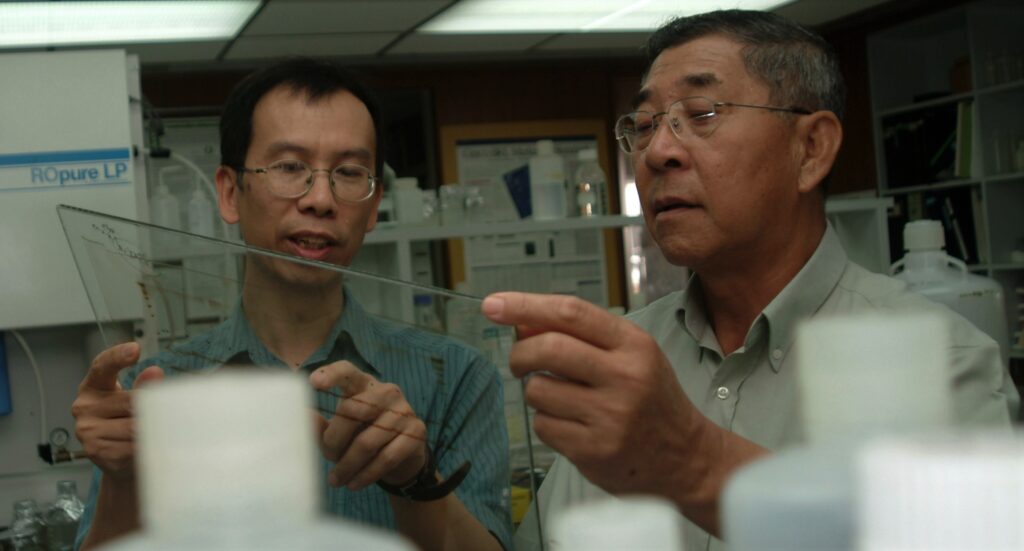 .
On 9 August 2003, Hei was elected as a fellow of the American Phytopathological Society (APS). APS summarized his career thus: “Dr. Leung’s contributions and achievements spanned active research in multiple disciplines of plant pathology, breeding, genetics, and genomics. His research was characterized by tremendous scientific scope and depth that linked field and laboratory studies. His promotion of collaborative research and his leadership in such programs in the developing world contributed to the building of a dynamic research community that promoted both basic knowledge and food security for Asia and the world.”

In February 2006, Hei was elected as a fellow of the American Association for the Advancement of Science (AAAS).

Hei is survived by his wife Debbie Cook and sons Kailan (Iliana Sucre) in Canada and Jenning in Singapore, and one granddaughter, Nora Leung. Friends and colleagues can send messages of condolence to Debbie. A memorial event celebrating Hei’s life will be held at a future date.

More on Dr. Leung’s accomplishments:
To get the gist of Hei’s science, view a seminar, Using rice genetic diversity looking back & moving forward, given by him at IRRI on 12 September 2013.

During the 5th International Rice Congress in October 2018 in Singapore, members of the Rice Diseases Project Team officially launched the eBook, Rice Diseases: Their Biology and Selected Management Practices. View Hei’s discussion on the future plans for this online resource.

View presentations and testimonials given during Hei’s farewell dinner at IRRI on 6 March 2020.