The “Plan for IRRI’s Third Decade” was completed during 1982 based on priorities suggested by the Board of Trustees and the Second Quinquennial Review team which reported on IRRI’s progress to the Consultative Group for International Agricultural Research (CGIAR). The Plan describes how IRRI will intensify and expand its collaboration with national programs in their rice improvement activities during the next 10 years. The Articles of Incorporation and By-laws of IRRI were amended in October 1982 to make them compatible with IRRI’s position as an international agricultural research center supported by CGIAR. 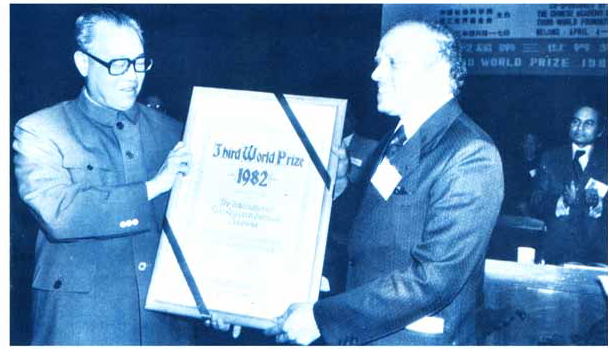 Growth with production stability is a major aim of IRRI’s research strategy for the 80s. We will accomplish this only through close alliance with rice scientists in national programs. Within the International Rice Testing Program, we work with approximately 800 researchers in more than 70 countries through a worldwide grid of cooperative experiments.

Much of IRRI’s work illustrates the wisdom of vigilance in the never-ending battle to stay one step ahead of pests’ ability to counter varietal resistance. One example is our work on breeding for resistance to brown planthopper (BPH), a serious insect pest of rice. During the last few years, the IRRI variety IR36 has become very popular with farmers in Southeast Asia because it matures early and has high yield potential and insect and disease resistance. More than 10 million hectares of IR 36 were grown in 1982. 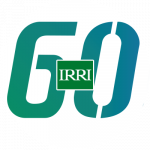 However, reports have come from Mindanao in the southern Philippines and North Sumatra in Indonesia that IR36 is being damaged by BPH, indicating a new shift in the biotype population. A biotype shift is to be expected when resistance of a widely grown variety is specific to particular biotypes, and so our plant breeders had varieties ready that are resistant to the new biotype population. IR 56, named by the Philippine Seed Board in 1982, is one such variety.

Indonesian scientists also found that IR56 is resistant to the new biotype occurring in North Sumatra. In response to an urgent call, we airlifted more than 20 tons of IR56 seed for distribution and multiplication to the stricken areas of North Sumatra.

BPH is not the only enemy of rice that we must stay one step ahead of That was made poignantly clear when a new strain of grassy stunt virus tentatively called RGSV 2 appeared in 1982. BPH is the vector for that virus. We are now searching for genes that will provide RGSV 2 resistance.

To reduce occurrence of such shifts of insect biotypes and virus strains, varietal diversification must be encouraged. In October 1982, we jointly conducted a Technology Transfer Workshop with the Philippine Ministry of Agriculture to recommend varieties with general as well as specific adaptation to various rice environments. Steps were taken to intensify regional testing of varieties and for prerelease multiplication of the most promising strains on the plant breeders’ assembly line.

We know that nitrogen fixed by blue-green algae in conjuction with the water fern azolla can help reduce the need for purchased nitrogen fertilizer. We have discovered, however, that azolla grows poorly in phosphate-deficient soils. Soils containing more than 25 ug available phosphorus per gram of soil could support good azolla growth without fertilizer.

In 1982, trials to determine the extent that azolla can replace nitrogen fertilizer and improve soil fertility were conducted at 15 sites in 10 countries. In areas with sufficient phosphorus, we are working to help popularize azolla use by farmers and to determine optimum procedures for distribution, use, and maintenance of the beneficial water fern.

The anticipatory research of our Genetic Evaluation and Utilization (GEU) program has enabled us to stay one step ahead on several fronts. The GEU program, IRRI’s largest endeavor, is now in its 11th year. It has enabled us to develop multi-insect and disease resistant varieties. The inputs of our soil chemists, entomologists, plant pathologists, plant physiologists, agronomists, and plant breeders on the GEU team have also produced rices with tolerance to adverse soils, salinity, drought, cold, and submergence.

In a somewhat unexpected development, we have found that our new early-maturing varieties that combine multiple resistance to insects and diseases also have a high protein content. Since 1978, replicated yield triale have shown that we can maintain vield notential and the character.

In 1982 a detailed strategy for dryland rice research was developed during an international workshop at Bouake, Ivory Coast. Before the workshop, IRRI scientists joined other researchers from Latin America, Asia, and Africa in a monitoring tour to review dryland rice improvement efforts in Nigeria and Ivory Coast.

In his World Food Day convocation address at IRRI on 16 October, President Ferdinand E. Marcos announced that the Philippine Government would make available 100 hectares of land at Bamban in Tarlac to help IRRI intensify dryland and rainfed rice research.

The “Plan for IRRI’s Third Decade” was completed during 1982. It is based on priorities suggested by the Board of Trustees and the Second Quinquennial Review team which reported on IRRI’s progress to the Consultative Group for International Agricultural Research (CGIAR). The advice of the Technical Advisory Committee to CGIAR was very helpful in finalizing the research strategies. The Plan describes how IRRI will intensify and expand its collaboration with national programs in their rice improvement activities during the next 10 years.

The Articles of Incorporation and By-laws of IRRI were amended in October 1982 to make them compatible with IRRI’s position as an international agricultural research center supported by CGIAR.

The first King Baudouin International Agricultural Research Award was presented to IRRI in November during the CGIAR meeting in Washington, D. C. The award recognized the continuing vitality and recent advances of IRRI’s breeding programs as illustrated by the development of IR36.

The Third World Foundation for Social and Economic Studies announced that IRRI had been named the 1982 recipient of the Third World Prize for its outstanding contributions to the Third World. The citation reads, in part: “Over the last two decades when so much else faltered in the struggle against hunger and poverty, IRRI’S quiet, persistent, highly professional and wholly dedicated work touched the lives of millions in the Third World, improving the human condition in truly practical and lasting ways. That such a contribution should have been the result of fruitful cooperation between scientists and food technology experts from developed and developing countries alike is in itself a cause of satisfaction and encouragement.”