Integrating gender in agricultural research is no longer a debate; it is about doing it effectively. 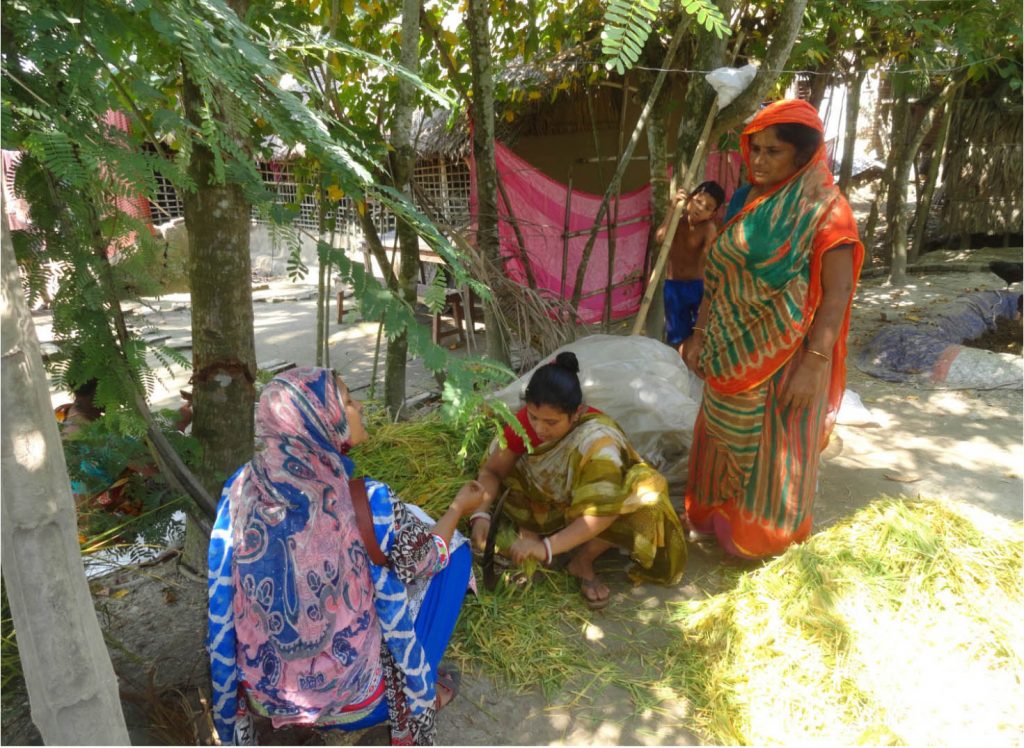 Agricultural research paradigms have shifted over the years in response to demands to make research more efficient and effective. It has been widely acknowledged that closing the gender gap to help women gain access to resources, technologies, and markets is critical to tackling the challenges of poverty and hunger, particularly in the face of increasing vulnerability to climate change. Integrating gender in agricultural research is no longer a debate. It is about doing it effectively.

Some initiatives and projects seem to be content with recording and reporting the number of women farmers engaged in research for development efforts. However, gender research is a lot more than that!

“Gender” is a social construct associated with being masculine and feminine. It defines what is acceptable for women and men and girls and boys to be, to do, to own, and to control. It is linked to a time and place but it is changing and changeable. It is important to note that women and men are not homogeneous groups. Their identities are influenced by social and economic classes, race, ethnicity, caste, age, and location, among other factors. Gender research does not just focus on women and men. It also focuses on social relationships and how they influence their different roles, responsibilities, opportunities, and needs. These relationships are governed by the power relations underpinning gender roles and norms, human behaviors and practices, and social systems and structures.

Gender integration in agricultural research and development is about understanding and taking into account both the differences and inequalities between women and men in program planning, implementation, and evaluation. Frontloading research for development projects with a rigorous social and gender analysis to understand the social systems and contexts is critical in designing and implementing socioculturally appropriate and relevant interventions that would have larger and longer-lasting impacts. Using a social relations framework can reveal the gendered power relations that cause and sustain inequities. The analysis should involve not just the household but also the community, markets, and institutions. Unpacking gender relations and their associated dynamics in different social and institutional contexts helps in identifying women’s bargaining position and design strategies to improve this.

Using a social relations framework can reveal the gendered power relations that cause and sustain inequities. The analysis should involve not just the household but also the community, markets, and institutions. Unpacking gender relations and their associated dynamics in different social and institutional contexts helps in identifying women’s bargaining position and design strategies to improve this.

According to the Global gender gap report 2016, although Bangladesh is leading in narrowing the gender gap in South Asia, it has recorded a widening of the gap in women’s labor force participation and estimated earned income. Globally, the premise is that social norms and lack of care infrastructure are holding women back from accessing economic opportunities.

So, although we would like to engage women in alternative income-generating enterprises, it is important to understand how the social norms and structures would affect that and with what consequences for the men and women farmers. Although increasing income is good, it is control over income that is empowering. We need to also ensure that these new activities expand the remunerative choices available to women. In the polder zones of Bangladesh, the increased vulnerability due to ecological collapse is leading to widespread male outmigration. Thus, the number of women becoming heads of male-absent households is increasing. These situations might lead to relaxing certain social norms allowing women to move into new roles and have a more decision-making power. However, we do not know whether these women area able to command resources in this situation and develop social capital. Husbands and mothers-in-law are gatekeepers of women’s mobility and their permissions are necessary to obtain participation in program activities.1 The introduction of microcredit, however, has contributed to increased women’s mobility.

In 2014, the Feed the Future (FtF) assessment of the Women’s Empowerment in Agriculture Index (WEAI) in Bangladesh revealed that, despite gains in some areas, women are still quite disempowered in Bangladesh. Female employment is much more concentrated in low-wage jobs and women’s wages for equivalent work are much lower than those for men. Women’s access to and control over inputs are severely limited, including credit. They face considerable mobility constraints and extension services fail to reach them. The family income is controlled by male family members as are decisions related to agricultural production.

A survey in Barisal District showed that purchasing of daily household necessities is the only area in which a significant portion of women reports having autonomy in decision-making. The leadership roles for women in the community are limited: 46% of husbands, 33% of wives, and 60% of mothers-in-law do not think women can be capable leaders.2

Understanding and tackling these challenges must become an integral part of the research and intervention design for women to be empowered. It is important to engage men as equal partners in this effort because evidence shows that failing to involve men in such interventions can lead to resentment and a worsening of gender attitudes and relations.3

The project, Unlocking the production potential of polder communities in coastal Bangladesh through improved resource-use efficiency and diversified cropping systems, will focus on understanding how poor men and women are differently affected by the climatic stresses and trends; how their responses are shaped by their respective access to and control of resources and assets which, in turn, are shaped by the prevailing social norms, attitudes, behaviors, and structures. These factors will influence and determine their technological choices around cropping system options, drainage management, and engagement in new income-generating opportunities. We need a shift in paradigms and beliefs and, an effective evaluation and learning culture in tackling gender issues to have the impact we seek.

The project was initiated under the flagship of USAID’s FtF, the Sustainable Intensification Innovation Lab (SIIL) of Kansas State University (KSU), and the International Rice Research Institute (IRRI) in partnership with BRAC.

Dr. Puskur leads gender research at IRRI. This article is reprinted from Vol. 1, No. 2 of Polder Tidings newsletter.