The exploitation of microbes plays an important role in mitigating the effect of environmental stresses and pests and enhancing yields in stress-tolerant varieties of rice. 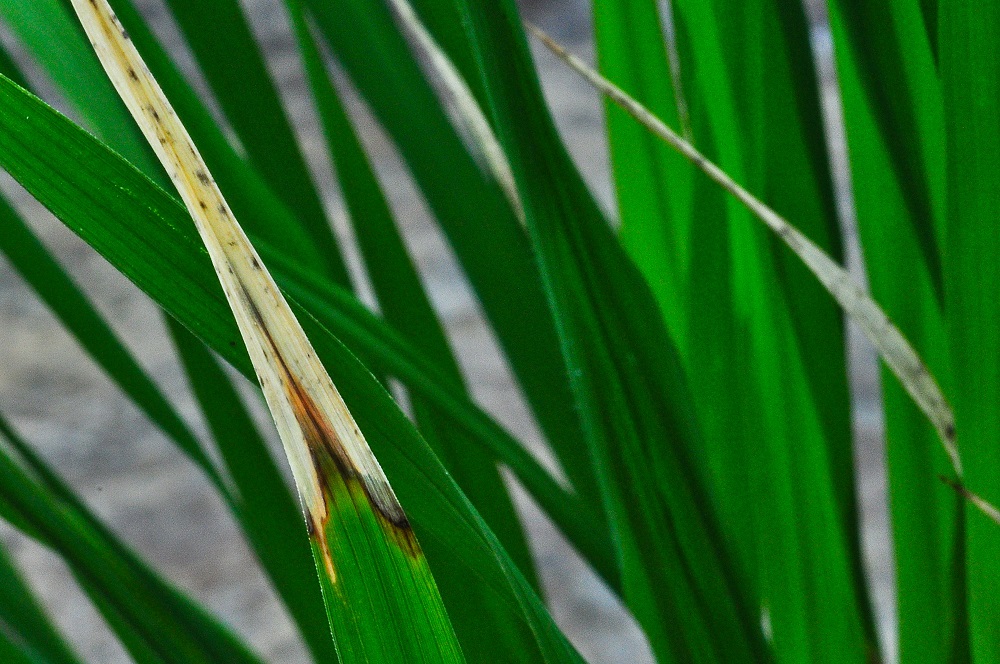 Sheath blight is considered to be an important disease next to rice blast. Rice sheath blight is an increasing concern for rice production, especially in intensified production systems. (Photo: IRRI)

.
Sheath blight of rice, caused by Rhizoctonia solani Kuhn, is a major fungal disease affecting the crop worldwide. In infected plants, the disease significantly reduces the leaf area of the canopy, The reduction, along with the diseased-induced senescence of leaves and young infected tillers are the primary causes of yield reduction that, depending on its severity, can reach up to 60% in losses.

The disease can also spread rapidly.  On 9 October 2019, the Agriculture Commissioner reported 40, 665 ha of rice fields in Vijayawada in the Indian state of Andhra Pradesh were affected by sheath blight. It only took six days for the disease to sweep across almost 70,000 ha of previously uninfected areas.

Sheath blight can be controlled by fungicide but this entails additional costs to farmers and could be prohibitively expensive for many smallholders. Additionally, the regular application of fungicides poses a potential risk to the environment and non-target organisms that are natural inhabitants of rice ecosystems. Thus, a number of researchers advocate using natural fungicides and biological agents that can effectively control the disease with much lower environmental impacts.

The isolates (Trichoderma BHU-11, T-4, and BHU-8) tested under in vitro conditions showed the maximum inhibition for R. solani.

Enabling drought tolerance
The Trichoderma strains were also taken for checking drought tolerance in rice crops. When applied as seed+root dip treatment, the strains not only reduced disease incidence but also acted as a plant growth promoter and increased the number of tillers/hill, plant height, and yield of the crop.

The root colonization by Trichoderma increased the growth of roots and plant productivity. Biochemical studies showed the ability of Trichoderma BHU-11, T-4. and BHU-8 to produce a high level of phenol and proline contents in Trichoderma-treated plants under drought stress as well as higher accumulation of chlorophyll.

The exploitation of microbes plays an important role in mitigating the effect of environmental stresses and pests and enhancing yields in stress-tolerant varieties of major field crops including rice. Further work should be emphasized on the categorization of Trichoderma strains based on their ecological niche preference, crop specificity and stress-specific mechanism of action.