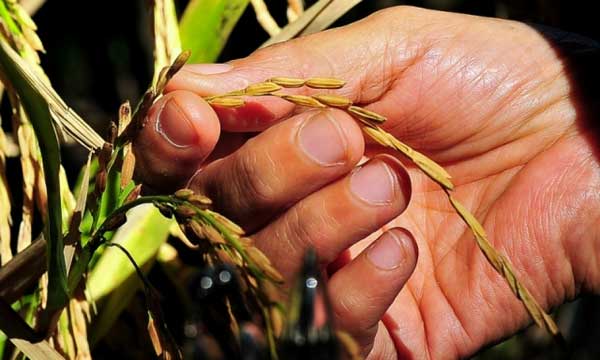 Arsenic, cadmium, mercury, and lead are four ubiquitous trace elements known to have a harmful effect on human health. These elements are naturally present at very low concentrations in the environment, and human bodies are able to detoxify them in limited amounts.

Most of what we know about toxicity of these elements comes from case studies of people who were exposed to the toxins through unrecognized pollution sources. In these cases, the people were exposed to the toxin through many ways such as air, water, and food simultaneously. So far, no evidence shows clearly that rice consumption, by itself, has had toxic effects on humans.

But, since the effects of long-term chronic exposure are not well known, people are concerned that rice consumption might expose them to these elements and endanger their health. This concern has led to interesting scientific investigation and discussion in the 7 years since I last wrote on this topic.

Of these four elements, arsenic remains the biggest concern. Arsenic can move from the soil into rice grain, and rice produced in high-arsenic soil has higher arsenic than average. The arsenic in soil or irrigation water is sometimes high enough to inhibit plant growth, resulting in low yield. Scientists have already identified rice varieties that grow well in high-arsenic conditions and can minimize arsenic accumulation in the grain. So, plant breeding programs can potentially develop even safer varieties. Also, rice plants in more flooded soil (anaerobic conditions) take up more arsenic. So, an effective way to lessen arsenic uptake is to use moderately dryer growing methods through irrigation management. The relative toxicity of different chemical forms of arsenic is still debated. But, the science for differentiating among these forms is progressing rapidly. I hope that we will soon know which forms of arsenic are safer and which forms accumulate in rice grains under different conditions.

Cadmium is second as a public concern about toxins in rice. We know that rice plants can take up cadmium from polluted soil and produce grains with elevated cadmium concentration. However, very few reports have shown cadmium concentrations higher than the “allowable limit” for rice grains, even when they are grown in moderately polluted soil. But, not everyone agrees on what this allowable limit should be. Cadmium is known to be more likely taken up by rice plants when the soil is aerobic (the opposite of arsenic). So, one way to minimize cadmium uptake would be continuous flooding.

Studies to understand and identify the genes that control the movement of cadmium from rice roots into the grains are in progress including the identification of genes that essentially prevent cadmium from reaching rice grains. These genes can be helpful in plant breeding programs to ensure that all new rice varieties have a very low cadmium risk.

The mercury content of rice has not received much public attention because of other more important food sources of mercury (most notably, fish). Mercury in rice is reportedly lower than “allowable limits”—with the same caveat that these “limits” are still under discussion.

A potential problem is that, although mercury in rice is lower than in fish, a large amount of rice consumed from some contaminated areas may be enough to raise the overall consumption of mercury to a worrisome level. Since moderate mercury contamination is widespread from coal-burning exhaust, some scientists have been investigating how mercury contamination affects rice. One of the more toxic forms, methylmercury, is formed in flooded or intermittently flooded soils and is sometimes present in rice grains. Some rice varieties are better than others at excluding mercury from the grains, but we don’t know yet how they do this so we cannot recommend which varieties are the safest.

Lead, on the other hand, received the least public interest until last month, when an unpublished study indicating high lead in rice was presented at a scientific meeting, causing a publicity stir. However, these anomalously “high concentrations” have not been published scientifically, and the preponderance of published evidence so far indicates that very little lead accumulates in rice grains, even in areas with moderately polluted soil.

Consumers need not change their rice-eating habits based on any known risks from toxic elements. Scientists can now detect very low amounts of these elements in rice grains. Some studies are being done on how these elements move within soil and rice plants. We hope that these will enable us to develop even safer rice varieties and rice production techniques.

Dr. Beebout is a soil chemist in the Crop and Environmental Sciences Division at IRRI.