Access to high-quality seeds and knowledge is helping India’s women farmers find their value and their voice. 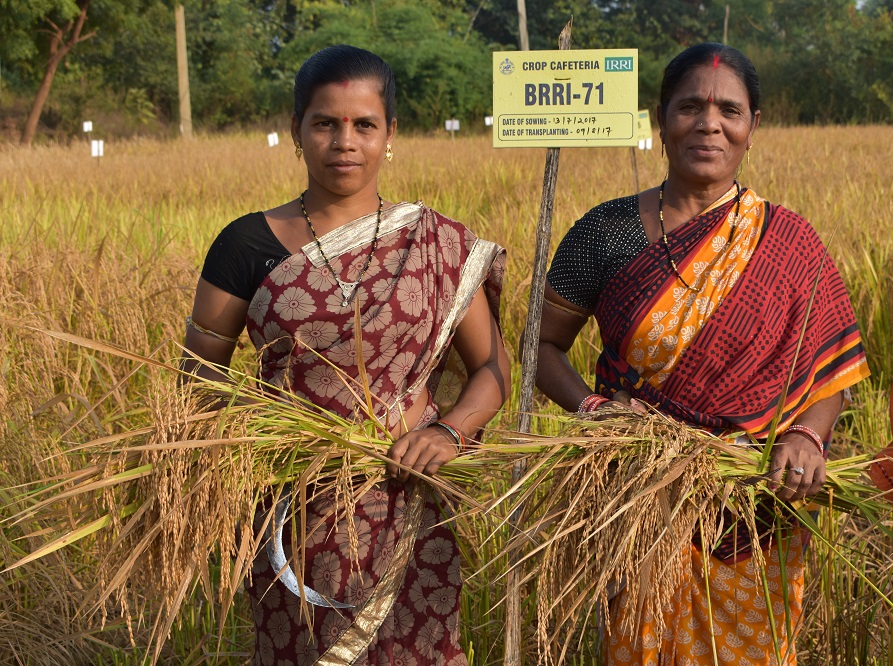 In agriculture, the contribution of women cannot be ignored because of their intensive involvement in agronomic activities. Also, the considerable mobility and migration of labor, especially of the men, from rural to urban areas are forcing rural women to engage even more in various farm-related activities.

However, although women take on big responsibilities, they also face many challenges. Unlike their male counterparts, they are not recognized as “farmers.” They have little or no economic independence and their participation in decision-making is limited. It is not easy for them to own land and they have no access to other resources. In all chores, they experience disparity in the division of labor and wages, lack skills, and have limited prospects for capacity development.

Gender can be defined as a socially constructed norm that differentiates men and women. Gender roles in farming and demographic profiles of farm households have been changing over time. Presently, women play a fundamental role in many farming-related decisions, including input use, crop portfolio, technology adoption, and marketing choices. However, it is necessary to recognize their contribution for them to move forward.

“When women are empowered and can claim their rights and access to land, leadership, opportunities, and choices, economies grow, food security is enhanced and prospects are improved for current and future generations” Michelle Bachelet, former executive director of UN Women

Spreading the good seeds
The rain-fed rice areas in eastern India suffer from low productivity because of climatic challenges such as drought, flood, and salinity. Other limiting factors are a lack of irrigation and knowledge, low varietal replacement rate, and limited availability of high-quality seeds.

More than half of the seed diffusion process happens through farmer-to-farmer networks. The timely availability and transmission of high-quality seeds are among the major constraints to enhancing farm productivity. Women, being the custodian of seeds and their management, need to be fully aware of the availability of newly released varieties, their traits, and the benefits from cultivating them.

Hence, the International Rice Research Institute (IRRI), under its Seed and Delivery Systems and Germplasm Evaluation Cluster, designed various innovations to increase rice farm productivity for enhancing food livelihood security in the region. IRRI aims to strengthen the formal and informal seed systems and promote the adoption and dissemination of rice varieties that are more resilient to climatic stresses. 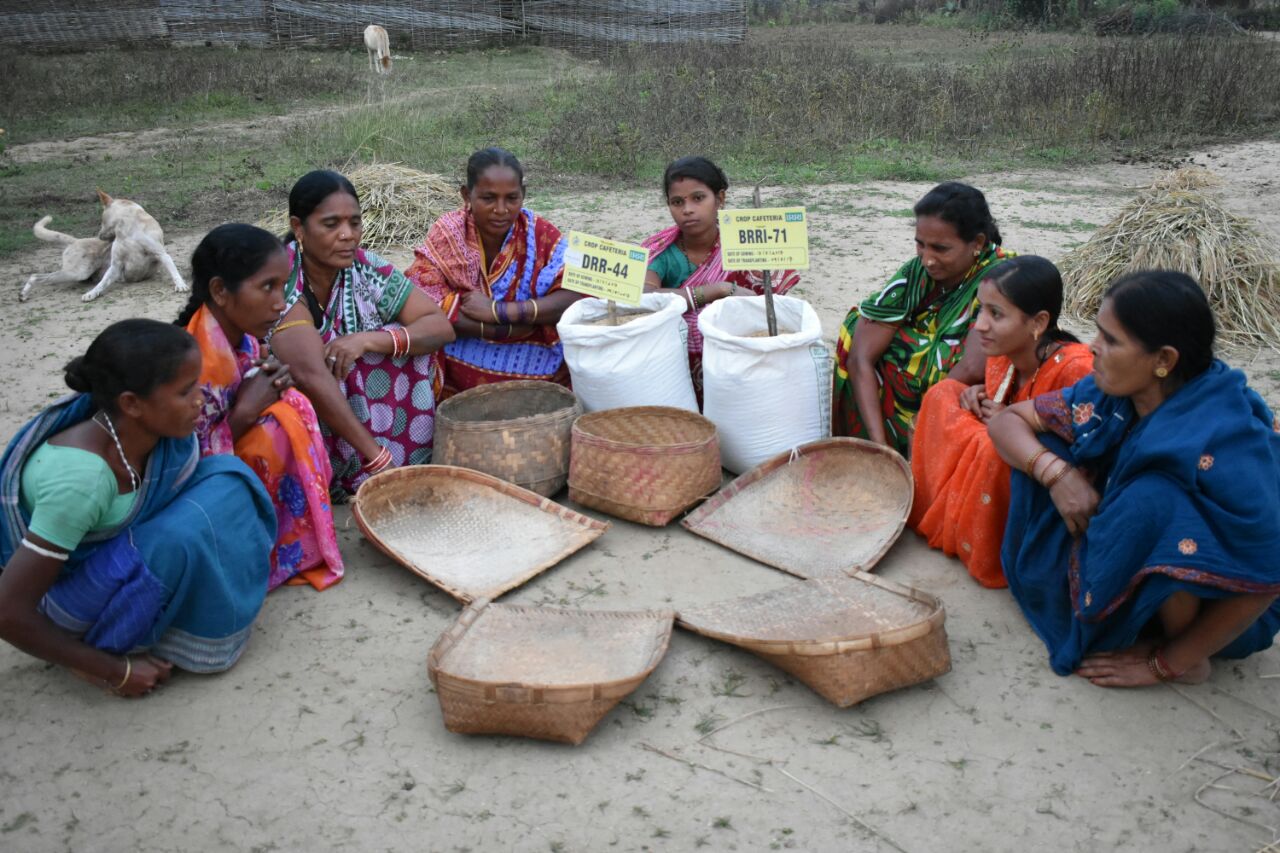 These innovative approaches involve the different stakeholders in seed, delivery, and extension systems and create various platforms that encourage women’s participation. Evidence hubs, head-to-head trials, dealer-oriented demonstrations, and the SeedCast mobile app are among the tools being used to enhance women farmers’ knowledge and skills in rice production as well as their leadership potential.

A bridge to information and technology
Women often lack access to markets and various extension delivery networks so they do not have the same information about seeds and traits of existing and new varieties as men. Instead, they depend on their counterparts or village-level mediators. The lack of reliable information and knowledge makes it impossible for them to make good decisions when it comes to selecting rice varieties to plant. Moreover, there is no platform where their preferences could be considered.

Evidence hubs. IRRI has been promoting evidence hubs to fill this gap. These give women farmers the opportunity to experience new technologies and evaluate new varieties so that they can make good choices. Through their participation in these hubs, women can also interact with extension workers, seed sector stakeholders, and researchers to not only gain knowledge in various aspects of modern rice farming but also help develop their self-confidence.

A platform for impact

The success of the program can be traced from the collective effort made by Maa Thakurani SHG in Gananathpur Village, Kalahandi, Odisha. In the 2017 kharif season, the women analyzed and evaluated 20 stress-tolerant rice varieties grown in an evidence hub and selected the four most suitable for their region. The evidence hub had given us a platform to observe, make comparisons, evaluate, observe the results, and create options for making the right decisions, according to the women. The group was also acknowledged by the Agriculture Department of the Government of Odisha for their contribution in the demonstrating innovative and participatory adoption of new varieties. (See Women farmers’ Crop Cafeteria serves practical rice science)

“I am very happy with the performance of the STRV-DRR 44 provided by IRRI in the head-to-head trial. A demand among farmers for the variety has already been created and many farmers have already contacted me for seeds.”
Purnima Sabar, a progressive farmer from Kanabira Village in the Kalahandi District of Odisha.

Head-to-head trials. IRRI also works closely with women’s self-help groups (SHGs), which can help speed up varietal selection and adoption by creating awareness through women’s social networks, linkages, and word of mouth. In the head-to-head trials promoted by IRRI, members of SHGs are encouraged to evaluate and compare the performance of stress-tolerant rice varieties against existing varieties grown under their own management conditions.

Participating in head-to-head trials enhances women’s comparative and analytical skills in selecting the right variety for their farm. It also builds their confidence and capacity to bear risks so that they can be a part of the decision-making process like male farmers.

In the past two years, IRRI helped conduct more than 6,000 head-to-head trials. Seeds were also provided to women farmers, resulting in more than 1,000 trials successfully conducted by women farmers in eastern India in the 2017 kharif season.

Seed clusters. IRRI has created a cluster of 90 members from 10 SHGs in Akhadepada Village in Nimapada Block, Puri District, Odisha. It has supported these groups to get registered as “seed producer groups” at the district level by providing them with foundation seeds so they can produce certified seeds. It also links them with seed corporations so the SHGs can be a part of the formal seed system. 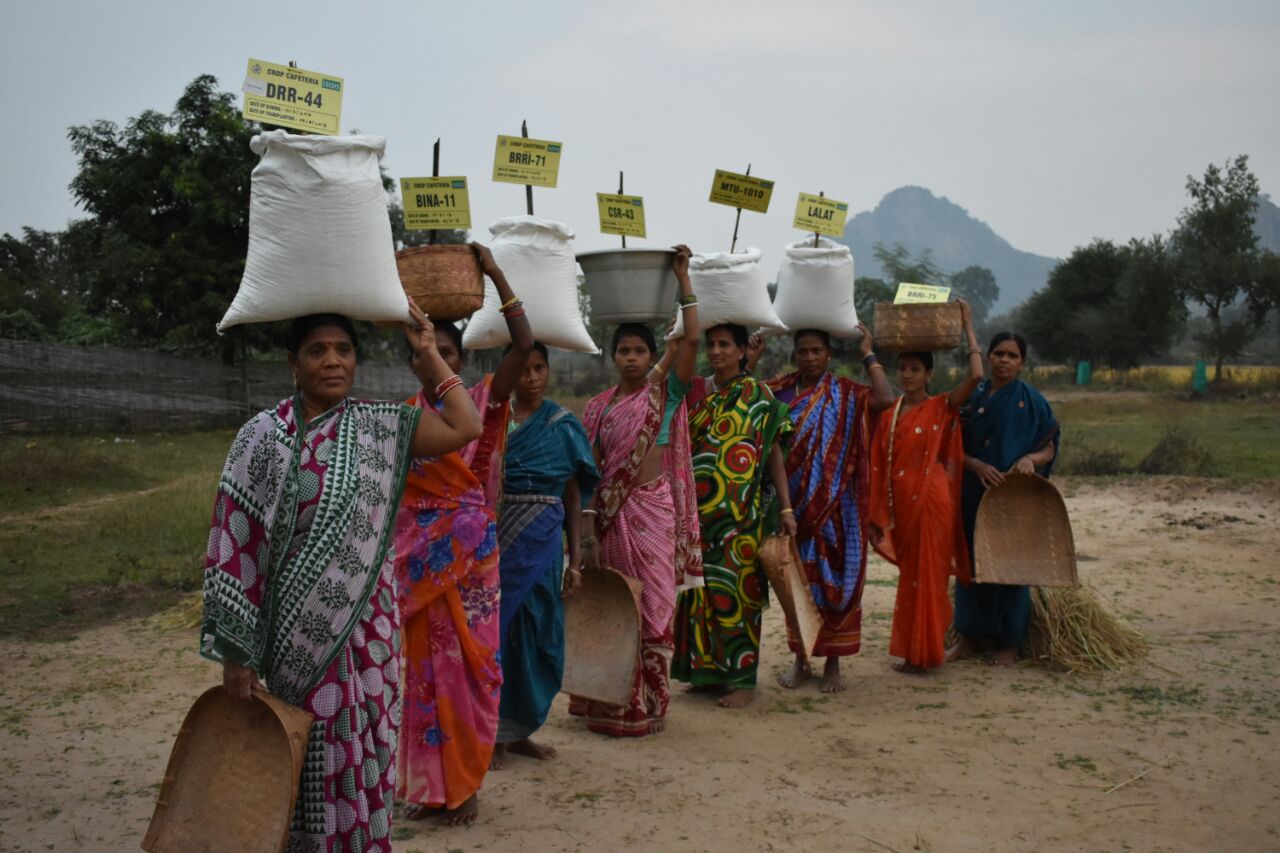 Transforming women into leaders
IRRI advocates giving women farmers access to high-quality seeds through self-help groups because this encourages the women to take on a leadership role in the seed sector as seed custodians.

These also help SHGs gradually transform into business enterprises that generate income while ensuring seed security and contributing to varietal replacement in their localities.

Women farmers can contribute to making rice farming resilient to climate change and improve yield. The interventions by IRRI give women the opportunity to participate, develop their potential, and bring about gender equality. With women’s empowerment comes the long overdue recognition of their efforts and rights for the holistic development of the nation.
______________
Ms. Saksena is a communication specialist for the Stress-Tolerant Rice for Africa and South Asia project. Dr. Dar is the lead of the Seed and Delivery Systems and Germplasm Evaluation Cluster at IRRI.