Scientists are looking at an innovative approach and a potential strategy to make rice resistant against pathogens that have evolved to bypass the plant’s “immune system”.

Rice farmers know they will struggle against a ruthless adversary this monsoon season. Whether it is in Odisha in India, Central Java in Indonesia, or Mindanao in the Philippines, bacterial blight outbreaks are a common enemy during the rainy season. In irrigated environments, bacterial blight can easily spread across large cultivated areas, causing high economic losses. In fact, the disease has been a problem for the last decades in most tropical and subtropical rice-growing areas of Asia.

If the weather conditions are favorable and the rice variety is susceptible, farmers might notice tannish gray lesions growing along the leaf vein. Once the lesions appear, there is not much they can do; no chemical or other management control will stop the disease. Almost certainly, the lesions will spread out to cover the last leaf to emerge, known as the flag leaf, reducing its photosynthetic capability and compromising the plant’s yield.

In that scenario, planting varieties resistant to bacterial blight is probably the most effective way to control the disease.

Major genes for resistance called Xa genes (e.g., Xa4, xa5, Xa21), have been isolated and used in rice breeding programs. For instance, the widespread use of Xa4 in the early 1980s provided an important level of protection to many rice mega-varieties, enabling them to succeed in favorable environments across Asia. Despite the important contribution of these genes in controlling the disease, one question persists: Why do many farmers still struggle with bacterial blight outbreaks every monsoon season?

The enemy adapted to resistant rice varieties
As any other harmful bacteria or pathogens, the invading organism that causes bacterial blight needs to steal nutrients from the host plant to survive. However, obtaining these nutrients is not an easy task since plants have a natural protection system that detects and destroys intruders inside and outside the plant. This is the plant immune system and most of the rice Xa genes that we know are part of it. The pathogens need to deactivate the protection layer to feed. But, not all pathogens are the same. Some have developed the ability to disable a particular Xa gene and spread. This is the reason some resistance genes are no longer effective against bacterial blight in Odisha but continue to be useful in Central Java. 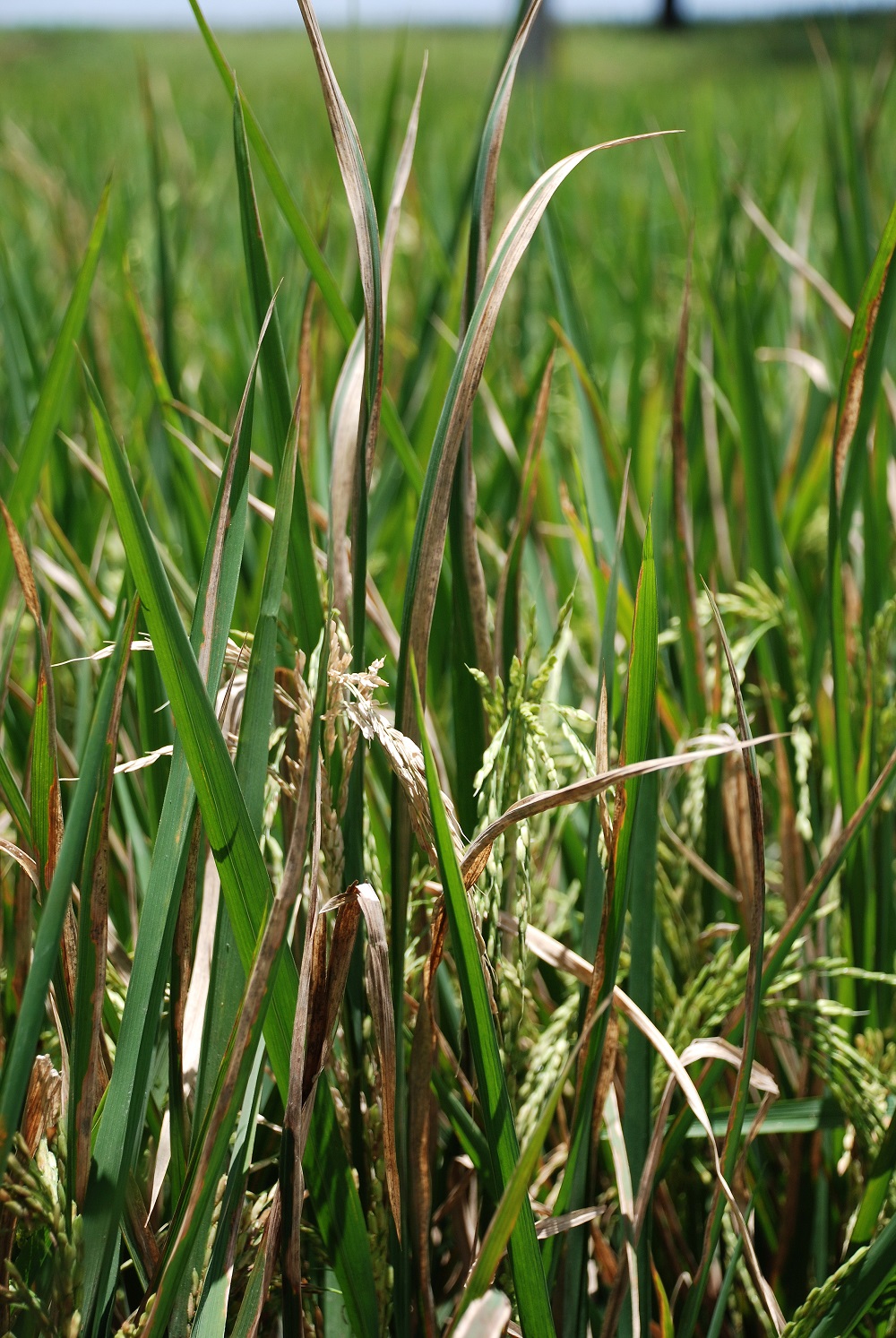 Starving the enemy
Since some pathogens have “learned” to bypass the immune system, scientists are exploring new strategies to protect rice plants. One way of reducing the infection is by blocking the pathogen’s access to nutrients to starve the pathogen, leaving it with no source of energy needed for growth. As far as we know, the pathogens do not have the means to deal with nutrient restrictions.

This is an innovative approach and a potential strategy to elevate disease resistance in crops. To validate this concept, several scientists at the International Rice Research Institute (IRRI) are using genome editing techniques to target plant nutrient-related genes and induce starvation in the bacteria at the onset of the disease. The scientists have found that making minimal changes at the DNA level is enough to block the nutrient flow and reduce bacterial growth without affecting yield. This work is part of a research consortium involving national partners in Asia and Africa, universities, and CGIAR centers.

Moving into the breeding program
For the past two years, IRRI scientists have been looking for natural variations that mimic the so-called starvation phenotype. Interestingly, they have found two landraces among thousands of rice accessions that naturally block nutrient flow toward the infection. These plants carry small variations in nutrient-related genes, which are enough to limit the growth of a broad population of bacterial blight pathogens. These are promising alternative ways to increase plant resistance without relying solely on the plant’s immunity system.

The same strategy has been reported in other cereals in which disease symptoms cannot spread and the plant maintains high yield. Breeders at IRRI have started to move these novel genes into elite accessions, expecting to achieve durable resistance.

These are exciting times. This strategy represents our best chance to substantially reduce bacterial blight epidemics. Hopefully, the time will come when farmers in rice-growing areas across Asia will no longer dread the rainy season and their bacterial nemesis.