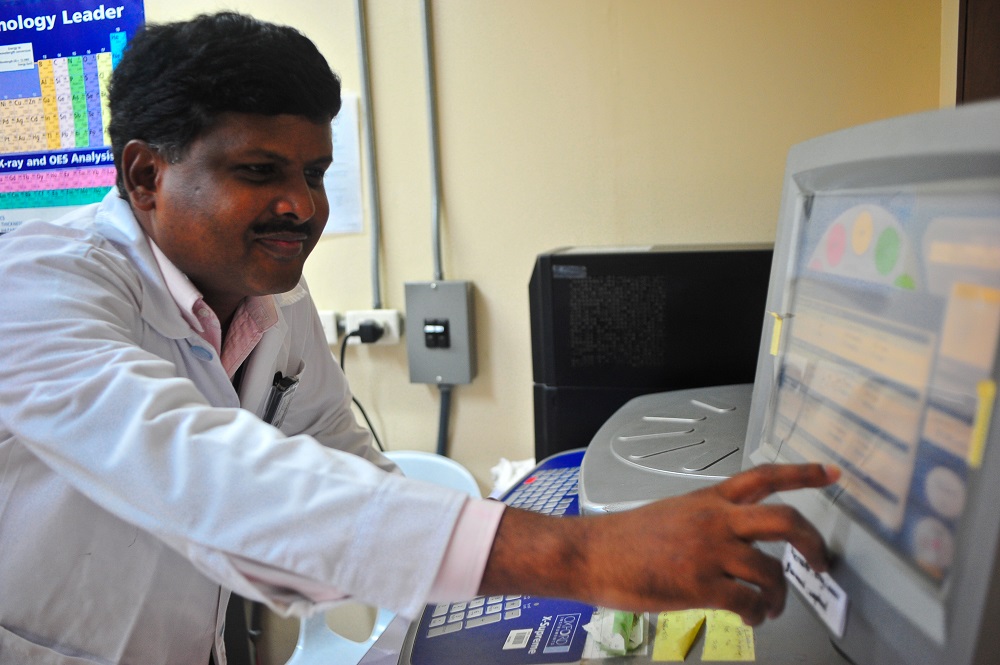 “For science-based interventions, the beginning stage always comes with many challenges. Developing rice varieties with the right combination of good traits with improved nutrition is one of the major goals.” (Photo by Isagani Serrano, IRRI)

Mallikarjuna Swamy, head of the Healthier Rice Breeding Group at the International Rice Research Institute (IRRI), shares his thoughts on the role of science in solving malnutrition, particularly zinc deficiency.

“More than two billion people in the world are malnourished and most of them live in rice-consuming Asian countries,” says Dr. Swamy. He adds, however, that huge opportunities exist to improve the nutritional content of rice varieties to solve the micronutrient-deficiency problem. Scientists at IRRI and its partners are working together to bring solutions such as the high-zinc rice varieties that have been released in the Philippines and Bangladesh.

A molecular biologist, Dr. Swamy joined IRRI in 2009 and served as a postdoctoral fellow in a rice breeding program on drought. He identified quantitative trait loci and introduced these into several popular rice varieties to develop drought-tolerant ones. In 2013, he was selected as a breeder in the institute’s biofortification program to develop high-zinc and vitamin A-enriched rice varieties for South and Southeast Asian countries.

What problem are you trying to solve through your project at IRRI?
Micronutrient deficiency, also called hidden hunger, is a major nutrition problem affecting more than two billion people worldwide, especially in Asian countries, where rice is the major staple food. This is because most of the popular rice varieties grown and eaten by billions of people lack a sufficient amount of minerals and vitamins. Health problems from deficiencies in iron, zinc, and vitamin A are highly evident in Asian populations. Children and pregnant and lactating women are especially vulnerable to malnutrition.

The United Nations has identified overcoming the problem of micronutrient malnutrition as one of the major sustainable development goals to be achieved by 2035. For a major problem like this, science is essential. IRRI, being the leading research center for the development of rice varieties, has helped solve many problems through scientific interventions. Our project aims to develop more nutritious rice varieties as part of a bigger strategy for counteracting global hidden hunger.

How important is dietary zinc?
Zinc is needed for the body’s immune system to properly work. The absence or deficiency of zinc causes stunting, diarrhea, reduced immunity, and poor cognitive development. It plays a key role in cell division, cell growth, healing of wounds, and the breakdown of carbohydrates. It is a major part of more than 300 enzymes of the human body, so enzymatic activities in the body need zinc as a catalytic compound, making it a requirement for normal growth and development. Its importance to the body’s various biological systems makes getting an adequate amount of zinc in our daily diet a must.

How was high-zinc rice developed?
Our group is focusing on developing rice varieties with a higher content of zinc than the popular varieties. We are using conventional breeding methods, transferring the trait from new high-zinc donor lines that we have identified. We have already released a high-zinc variety in the Philippines and three varieties in Bangladesh in collaboration with our partners, the Philippine Rice Research Institute (PhilRice) and Bangladesh Rice Research Institute.

The team identified some high-zinc donor lines and crossed these with popular rice varieties grown in the Philippines. After making selections over several generations, we identified a line with high zinc and good agronomic characteristics. These selected lines were planted in multi-location field trials in the Philippines through the National Cooperative Testing (NCT) Project on Rice supported by PhilRice. This line passed the NCT trials as having higher zinc than popular varieties and it was approved for release. There is no difference in taste, aroma, or color from those of other popular varieties. 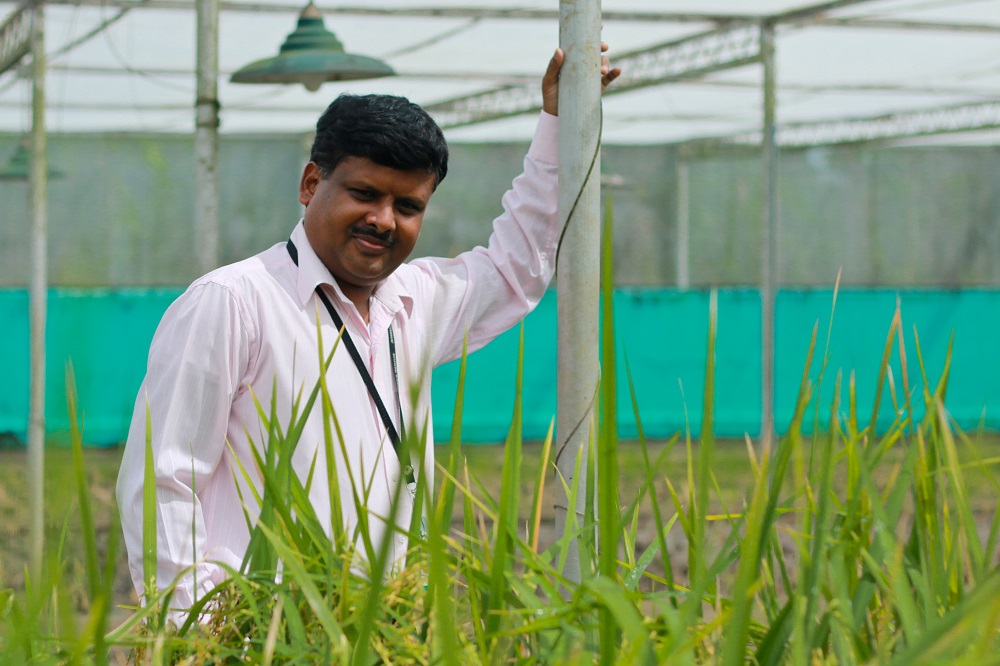 “The compelling story is that we are making much progress in developing healthier rice at IRRI. This information must be communicated widely. There is a need to share the story.” (Photo by Isagani Serrano, IRRI)

What are your major challenges in developing more nutritious rice varieties?
For science-based interventions, the beginning stage always comes with many challenges. Developing rice varieties with the right combination of good traits (high yield, resistance to pests and diseases) with improved nutrition is one of the major goals. Identifying the donor lines carrying the most stable high-zinc trait was one of the challenges. Another challenge is mainstreaming this high-zinc trait in the varieties that IRRI will release in the future. That means all the new varieties will carry improved nutritional content together with high yield-potential, stress-tolerance and disease-resistance. However, we first need to identify the molecular tools to track the genes for high zinc. Developing the molecular tools, generating resources, and widely disseminating this information will take several years.

How do you measure the impact of healthier rice varieties?
We anticipate that the knowledge generated and the products developed under our project will have a huge impact that can be measured in several ways: successful development and release of healthier rice varieties; their adoption in areas where deficiency is common; improved health and nutrition of rice consumers, especially children and women; reduced cost of healthcare; improved income, education, and social status; reduced gender inequalities; and healthier societies.

What should people know about the development of healthier rice?
Healthier rice varieties are one of the most sustainable and cost-effective approaches to tackling malnutrition. Because billions of people eat rice every day, this will improve the health status of the general population if you supply these nutrients through their staple diet. The compelling story is that we are making much progress in developing healthier rice at IRRI. This information must be communicated widely. There is a need to share the story.

What are your team’s other targets at IRRI?
We want to combine multiple healthier elements in the future. Now, we treat zinc, iron, and vitamin A separately using different approaches. We want to combine them, to give a daily dose of these important micronutrients with each serving of rice. We will continue to work on adding nutritional improvements to all the other productivity benefits of new rice varieties.