In this recipe, Chef Robby uses Imbuucan, an heirloom rice variety cultivated by in the Cordillera region in the Philippines. 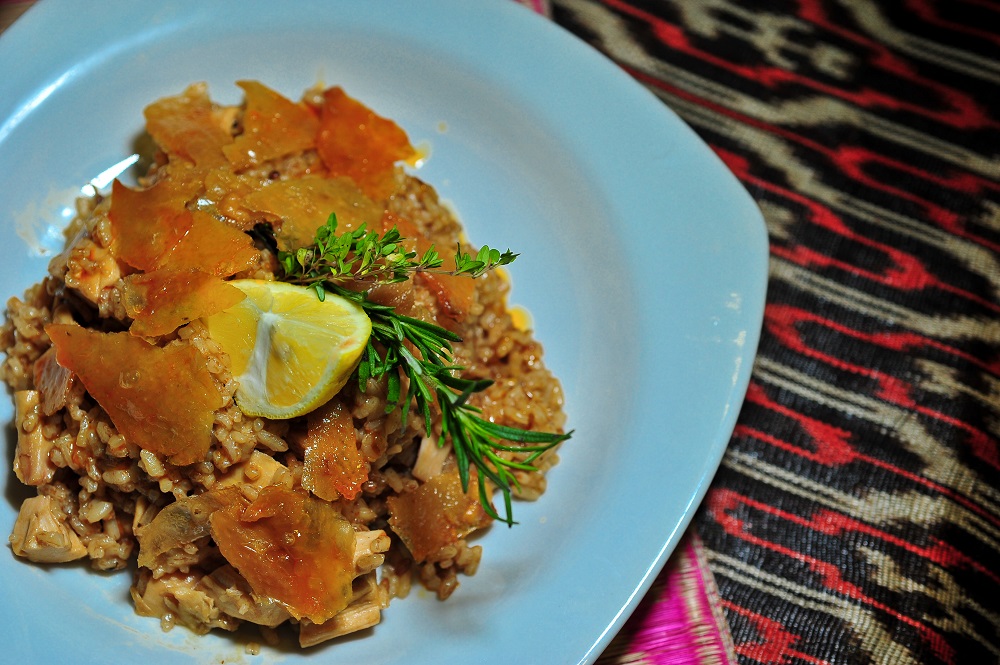 Chef Robby has more than 20 years of professional cooking and kitchen management experience, with a scope that knows no geographical boundaries. A graduate of the California Culinary Academy, he is renowned for his classic Mexican, Greek, American, and, of course, Filipino restaurants that constantly get rave reviews and have won numerous prestigious awards.

But Chef Robby is more than a culinary artist. He is a respected entrepreneur, having been named one of the country’s 10 Outstanding Entrepreneurs in 2008. His talent for cooking and business has been a key to the development of iconic restaurants such as Cyma Greek Taverna, Ristras Mexican Grill, Mati Arroz con pollo by Robby Goco Greek Taverna, Triple V Group, Tequila Joe’s, and Alfredo’s Steak House in the Philippines. 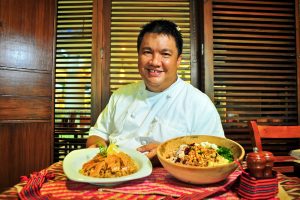 Chef Robby’s latest restaurant, Green Pastures, is the perfect stage to display his devotion to local and sustainable ingredients. The restaurant’s concept is “farm-to-table” with “back-to-basics preparation,” focusing on organic and locally sourced ingredients. Green Pastures is a member of the Slow Food movement, an international nonprofit, ecogastronomic organization that strives to preserve traditional and regional cuisine and protect cultures and the environment.

In this recipe, Chef Robby uses Imbuucan, an heirloom rice variety cultivated by in the Cordillera region in the Philippines. Imbuucan has splendid brown grains that seamlessly match its flavor and aroma. The round grains are firm to the bite, making Imbuucan ideal for dishes like Arroz con pollo where rice must be served al dente. 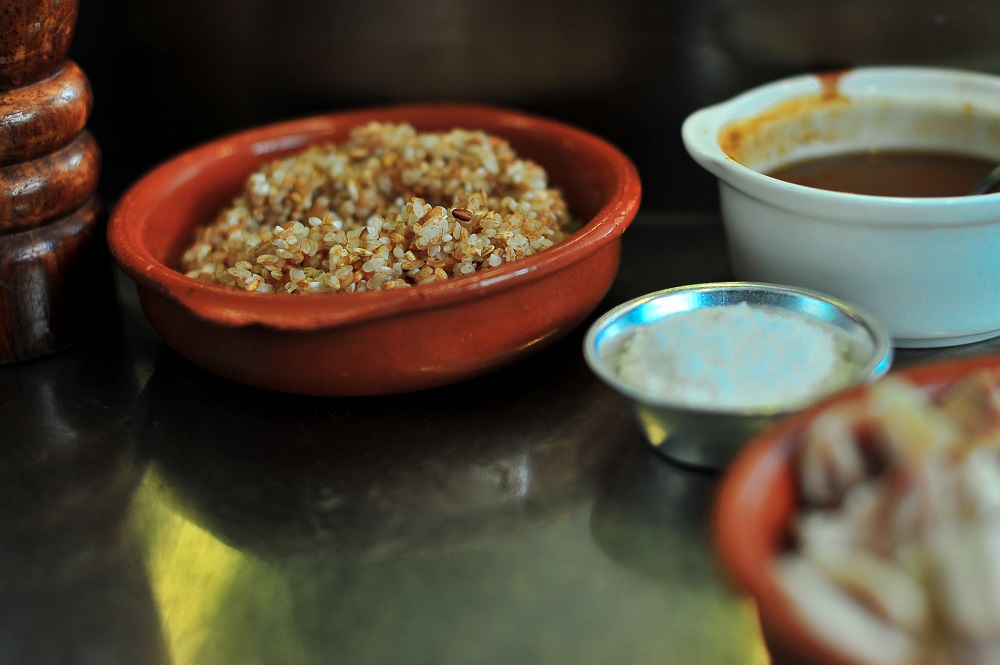