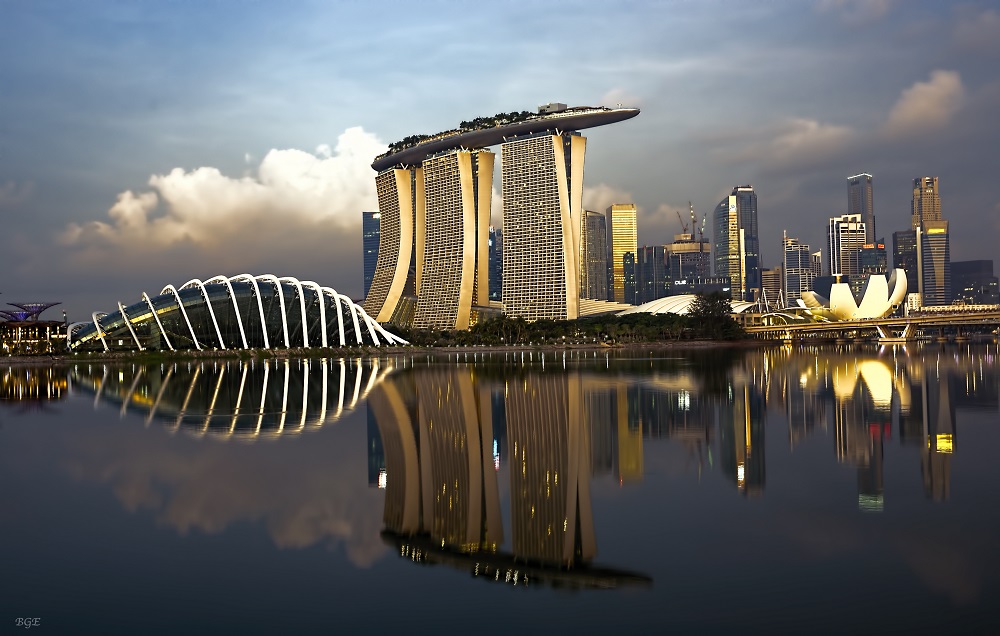 Singapore hosts stakeholders in the rice industry—researchers, producers, traders, regulators, and policymakers—to foster interaction and the advancement of science and technology.

At first glance, holding the fifth International Rice Congress (IRC2018) in Singapore may look incongruous. The city-state, even before its impressive development, was never a rice-growing country because of its limited agricultural land. Today, its agricultural sector contributes less than 1% of the country’s GDP per capita and 1.3% of the labor force by occupation, according to 2016 government data. With a total landmass of 1,465 hectares, Singapore’s six agro-technology parks comprise about 200 farms that produce livestock, eggs, vegetables, fruit, orchids, and aquarium fish.

So, why choose Singapore as the venue for one of the most important events in the rice industry? Because the country could play a leading role in regional food security and help stabilize global rice prices.

One way to lower the risks is to increase the amount of rice reserves—not for meeting the growing demand for rice but to cushion price shocks and help policymakers have more confidence in using world imports and the rice export market as a routine source of supply and demand, according to the 2010 report. However, because building up and maintaining larger reserves will be expensive, the task force proposed creating a robust and deep rice futures market.

A futures market is an auction market for buying and selling commodity and futures contracts for delivery at a specified time. Futures contracts are made by producers and suppliers of commodities to avoid market volatility by negotiating with an investor who agrees to take on both the risk and reward of a volatile market. Under normal circumstances, a futures market helps to stabilize rice prices. It also improves the transparency of the world rice market to help build confidence in its reliability.

A lack of transparency, including accurate and credible information on supply during periods of supply uncertainty, could lead to panic, according to Sally Trethewie. Governments start to institute protectionist trade measures and households hoard rice, driving up the price of rice (in the short term) and creating a lack of confidence in the sector.

More transparency could help avoid a repeat of the massive rice price increases in 2007-08, when there was no actual shortage of rice supply. In fact, a key trigger for the crisis was the panicked buying of rice after India stopped its rice exports to feed its population after it suffered from wheat crop failures, according to Ms. Trethewie and J. Jackson Ewing. In response, other exporters, including Vietnam, restricted the movement of their rice while major importing countries, such as the Philippines, Indonesia, and Malaysia, scrambled to double or triple their respective rice stockpiles. Rice traders, millers, and millions of smallholder farmers and consumers also sought to increase their own stockpiles, which added to the failure of the rice market to meet the rocketing demand. The Food and Agriculture Organization of the United Nations and Earthscan stated that the role of state-owned enterprises was particularly problematic during the crisis because of their lack of transparency in conducting trade.

A logical place
This is where Singapore comes in.

According to the task force report, Singapore seems a logical place for a rice futures market because large-scale rice futures trading would require strong regulation, a modern and well-capitalized financial market, and the clear protection of contracts.

“Singapore has a unique capacity to do one thing better than any other country in the world to help create a better rice market—host an international rice futures exchange,” former IRRI Director General Robert Zeigler wrote in Harvesting the benefits of a rice futures market. “Singapore is the natural home for an international rice futures market because it has political stability, a reputation for high integrity, strict banking regulations, good infrastructure, and trading experience and capacity.”

Numerous international traders already operate from Singapore and ship about 10 million tons of rice to various countries, particularly in Africa and the Middle East.

In establishing an international rice futures market, Singapore could help keep rice prices affordable for consumers and stable for rice farmers while ensuring that the country’s long-term supply of rice remains reasonably priced.

An interest in rice
Dr. Zeigler also cited another reason why Singapore is in a unique position to help reduce turbulent rice market behavior. The country imports more than 90% of its food products from 170 countries, according to 2016 data from the Agri-Food and Veterinary Authority of Singapore. To meet its domestic consumption, Singapore imports more than 400,000 tons of rice annually, mainly from Thailand and India.

Although its government is highly efficient at maintaining Singapore’s food security, it remains vulnerable. It is easy for Singaporeans to have a false sense of food security but the country needs better risk management, according to Paul Teng, a food security expert at the S. Rajaratnam School of International Studies (RSIS).

In fact, during the 2007-08 rice price crisis, Singapore reacted like many rice-consuming countries. It allowed its rice importers to increase their stock amid fears of a supply shortage and higher prices.

“The fact that we don’t grow rice commercially in Singapore means we have added impetus to take an active interest in the security and sustainability of our rice supply,” said Ambassador Ong Keng Yong, also a member of the task force and the IRRI Fund Singapore Board.

“It [Singapore] has an interest in rice,” Dr. Zeigler said. “Singaporeans eat about 60 kilograms of rice every year, yet it is not a producer. This is critical because most other Asian countries produce rice and therefore may have a vested interest in adversely influencing a futures market through regulation that may restrict the sale of rice.”

Farmers and rice futures
Although it is widely accepted that it could be a valuable tool for managing rice markets, some experts cautioned that an international rice futures market is not a cure-all solution. Among other things, how it will affect the food security and livelihoods of the poor is still uncertain because larger traders and governments stand to gain the most from it. It also remains unclear how smallholder farmers would benefit from and engage with a rice futures market.

However, Milo Hamilton, an agricultural economist and president of Firstgrain, Inc., argued that a “credible and liquid rice futures market can improve the potential for a rice farmer to make a profitable margin.” An important development that he thinks will make this possible is the accessibility provided by smartphones and affordable internet.

“With an estimated 300 million rice farms, mostly in Asia, each farm can become a market force to the benefit and profit of rice farmers,” Mr. Hamilton said.