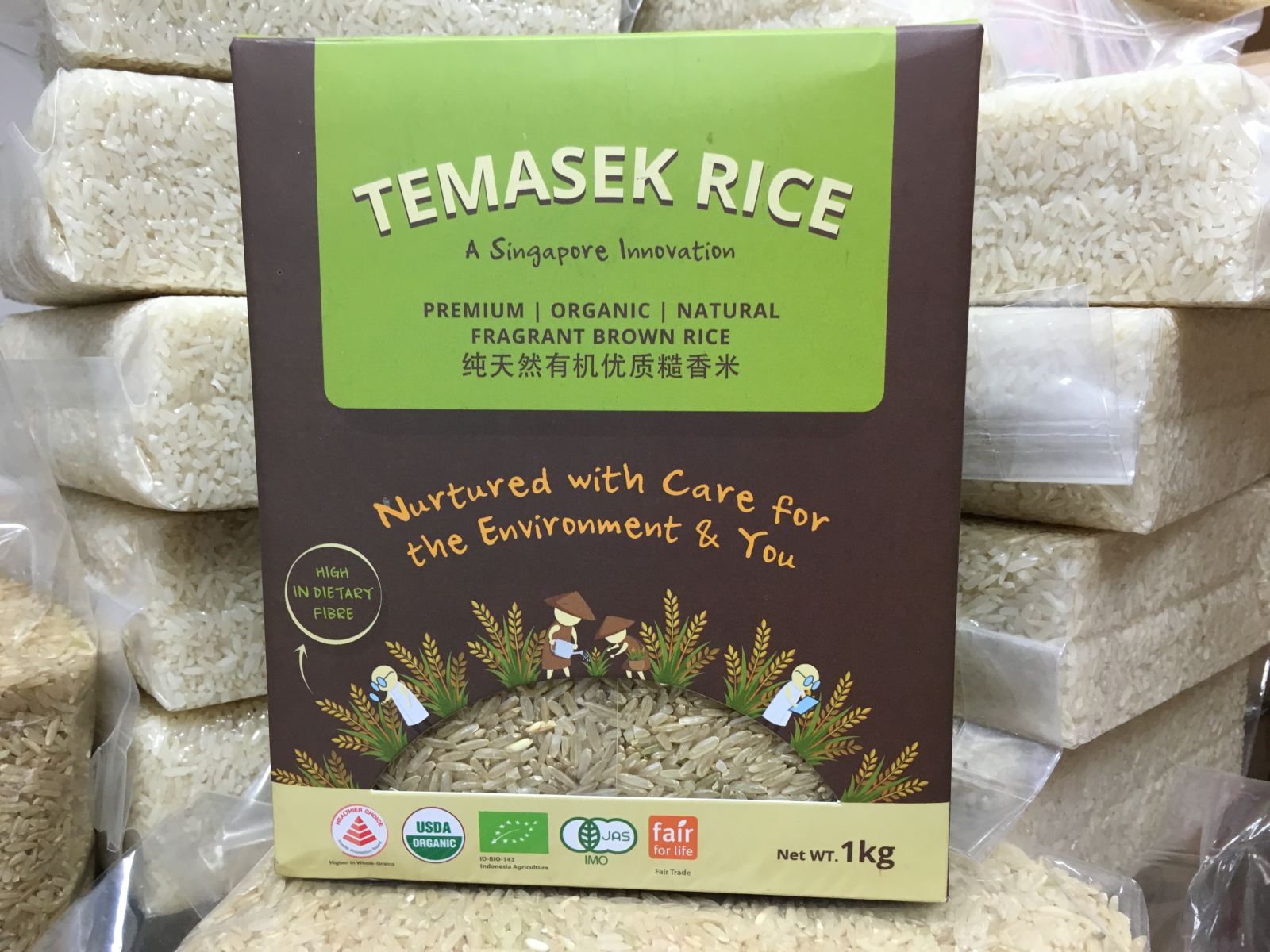 It may come as a surprise that the highly urbanized city-state is the birthplace of a sturdy high-yielding rice variety designed to cope with extreme weather conditions brought on by climate change.

Singapore is not usually associated with rice production, much less with the development of new rice varieties. So, it may come as a surprise that the highly urbanized city-state is the birthplace of a sturdy high-yielding rice variety designed to cope with extreme weather conditions brought on by climate change.

Known as Temasek, the variety was developed by researchers at the Temasek Life Science Laboratory (TLL) in Singapore. It is a dwarf type with a yield potential of up to 6 tons per hectare. It is tolerant of drought, can survive under floodwater for up to 2 weeks, and is highly resistant to bacterial and fungal diseases. In addition, Temasek is a low-input variety and can be grown with fewer agricultural resources. Although Temasek is a tough plant in the field, its grain is soft, tasty, and rich in dietary fiber, and it has a good aroma when cooked.

Temasek was developed by Yin Zhongchao and Luo Yanchang with a team of international scientists at TLL. In line with TLL’s mission of developing and harnessing science and technology to improve lives, Dr. Yin has been working on improving crop productivity through discovery and genetics and studying how certain plants are able to handle environmental stresses and how disease-resistance genes boost the natural defense mechanisms of rice.

TLL scientists then incorporated various traits for hardiness and disease resistance into their first rice variety. Temasek is currently grown in limited areas in Indonesia and is now available at a supermarket in Singapore, where it is marketed as an environment-friendly aromatic brown rice.

In 2016, seeds of Temasek rice were deposited in the Svalbard Global Seed Vault in Norway.

Other rice varieties from TLL are forthcoming.

“We want to develop more than one rice line, different versions of this rice, so we can have a good rice variety that can grow in different places, and benefit the local farmers,” Dr. Yin told Channel NewsAsia’s Charles Phang.

Dr. Yin’s work has contributed to furthering the understanding of resistance to significant rice diseases that affect rice in Southeast Asia. Indonesia and Lao PDR have benefited from his research and expertise through collaborative engagements, knowledge exchange, and training in rice research. He has also been collaborating with scientists from China, the United States, and the International Rice Research Institute (IRRI).

In 2017, Dr. Yin was one of 15 leading farmers and scientists from member countries of the Association of Southeast Asian Nations (ASEAN) who received an ASEAN Rice Science and Technology Ambassadors Award.

“The awardees’ hard work and commitment to increasing rice productivity in their respective locations has significantly contributed to a more food-secure region and a revitalized rice sector for Southeast Asia,” said Dr. Pham Quang Minh, assistant director of the Sectoral Development Directorate, and head of the Food, Agriculture and Forestry Division, ASEAN Economic Community Department. “The impact of working with their respective national governments and IRRI in developing, adopting, and promoting new and improved rice technologies and approaches has benefited millions of rice farmers and consumers.”