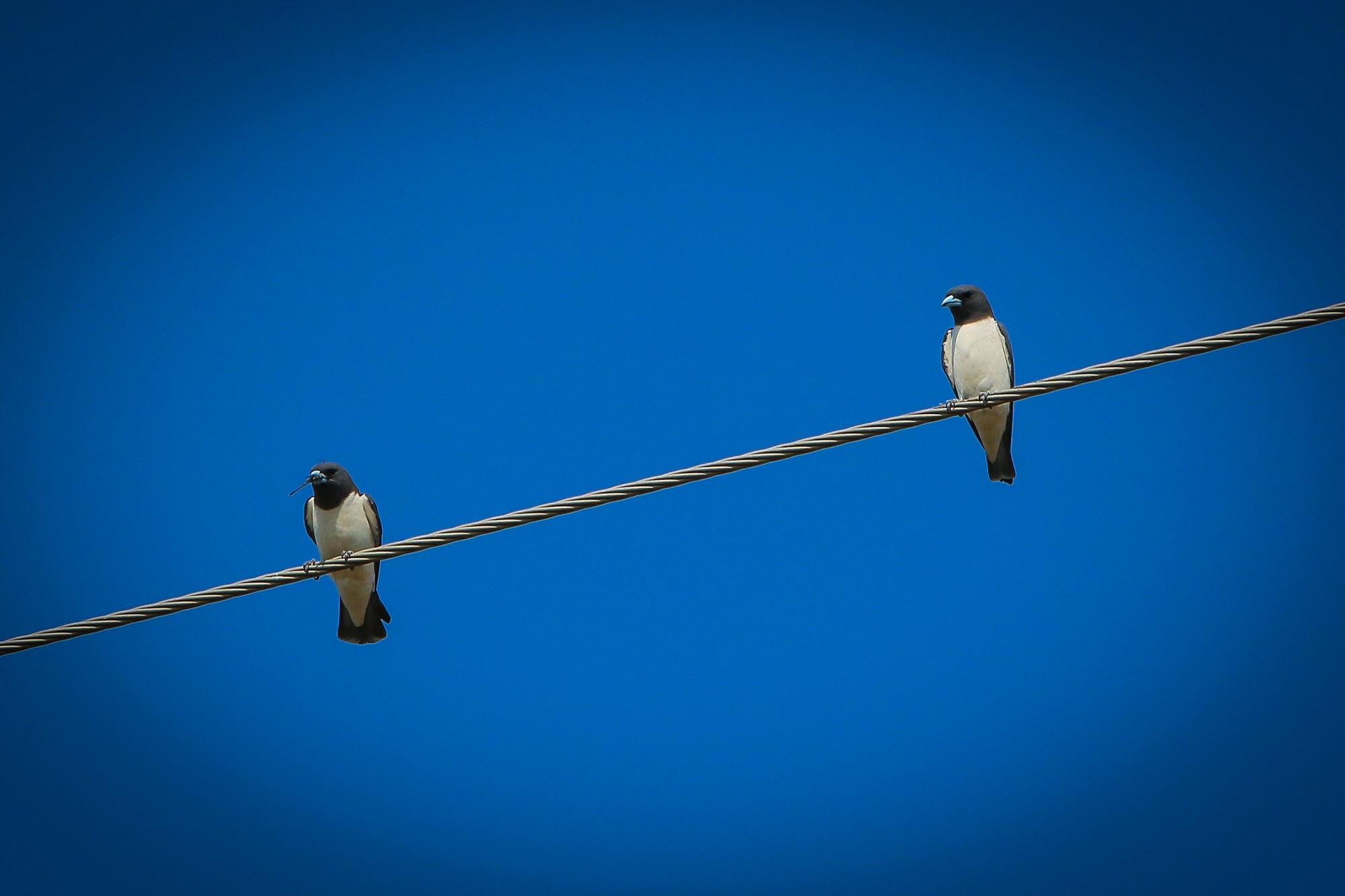 The white-breasted woodswallow (Artamus leucorynchus) is a small passerine bird and the subspecies A. l. leucoryn is found in the Philippines, Indonesia, Malaysia, and Brunei.

The natural ecosystems of white-breasted woodswallows include forests, grasslands, savanna, marshes, and rivers. They are also found in agricultural lands.

There is a misconception that all birds in rice fields eat rice and are an agricultural pest. Out of more than 70 species of birds found in rice fields, only five species in the Philippines (and about 14 in Southeast Asia) are known to feed on rice. Little is known about exactly how much damage they cause, according to the Rice Knowledge Bank

In fact, white-breasted woodswallows feed primarily on flying insects and help reduce and maintain populations of many pest species in rice fields such as beetles and grasshoppers.

More on birds and their role in the biological control of insects and other pests: