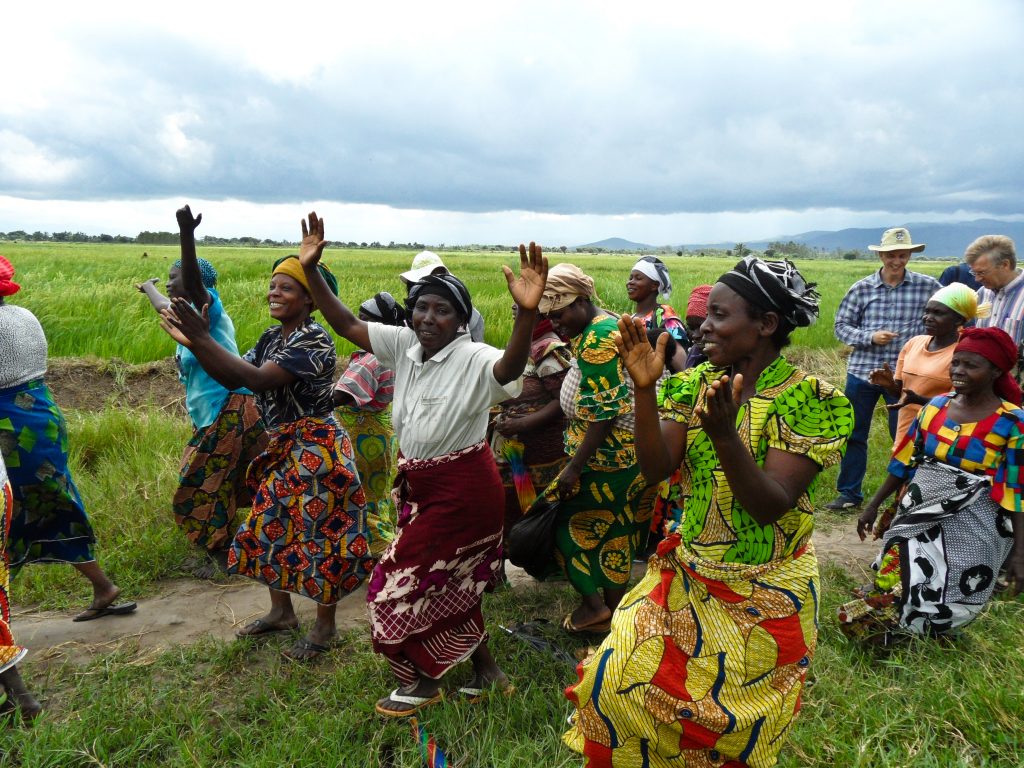 Burundi is a small landlocked country in Central Africa.Longstanding tribal conflicts in the country broke out into a civil war in 1993 that lasted 12 years and resulted in more than 200,000 deaths.¬ÝIn 2006, a year after the conflict ended, a horrendous 83% of Burundians were found living below the international poverty standard of less than US$1.25 a day.

By 2010, Burundi ranked alongside its neighbor, the Democratic Republic of the Congo, as the poorest country in the world.

During the war, women in Burundi not only hid, fed, and looked after male combatants‚Äîincluding their own sons, brothers, and husbands‚Äîbut they were also recruited to take up arms themselves.

‚ÄúWe used to leave home [carrying food] at around 8 p.m. and walk and walk; we arrived at their [Forces nationales de liberation] hiding places at dawn.

‚ÄúThe next night, we walked back home, taking care nobody observed our absence. It was a difficult task because it was a long way through the mountains. Sometimes, we were ambushed and forced to fight.‚Äù

After the war, many ex-combatant women were left scarred both physically and mentally and without money or resources to rebuild businesses or livelihoods. And, they became social outcasts.

In Mubone, about 400 ex-combatant women now grow rice on 10 hectares of land after receiving start-up financial assistance and training from CARE and IRRI. (Photo: Joseph Bigimana)

In 2009, a team of organizations, with financial support from the Howard Buffet Foundation, got together to help those ‚Äúunofficial‚Äù ex-combatant women in Burundi who had fallen through the gaps. They provided a holistic approach to empower these women economically and socially.

CARE, Survivor Corps, and CEDAC (Le Centre d‚ÄôEncadrement et de D√©veloppement des Anciens Combattants or Council for the Training and Development of Former Combatants). focused on the psychosocial aspects of reintegration, while the Council on Integrated Development, Bujumbura, Burundi (CONSEDI) provided vocational training for the participants‚Äô economic development. The International Rice Research Institute‚Äôs (IRRI) role was to improve their income by teaching them how to grow rice and by introducing new rice production technologies.

Rice is an increasingly important crop in Burundi (see IRRI in Burundi) and the women traditionally provide food for their families. They are the main source of agricultural labor for food production.

‚ÄúIRRI and CARE organized about 400 ex-combatant women into 10 groups to grow rice on 10 hectares of land,‚Äù said Mr. Joseph Rickman, IRRI‚Äôs regional coordinator for East and Southern Africa. ‚ÄúThe project supplied the necessary start-up financing for renting land, seed, and fertilizer, while the women provided the labor. Each group was visited by the project team weekly to provide the necessary training.‚Äù

The women were taught how to grow rice through a farmer field school. Representatives of the women‚Äôs groups learned all aspects of rice production, from land preparation to rice harvesting and drying. Back in their own fields, these women, in turn, shared their knowledge with their colleagues.

‚ÄúFrom the profits the women made in the first season, they were able to pay for their own land and inputs the following year,‚Äù said Dr. Joseph Bigirimana, liaison scientist and coordinator for IRRI in Burundi.

‚ÄúThese ex-combatant Burundi women are turning their own lives around‚Äîthey just needed a hand to get started,‚Äù he added. ‚ÄúNow, they are helping our country attain rice self-sufficiency and build a more stable future for all Burundians.‚Äù

In their own words

‚ÄúWith IRRI‚Äôs assistance, I produce rice myself and I can eat rice with my children whenever I need it‚Äù said Ms. Elisabeth Nibigira, a former female soldier.

During a group interview with women involved in the project, they all indicated that the most important aspect of the project was giving them access to land, which they would not have had without IRRI, CARE, and the cooperation of the Burundian government.

Ms. Scola Simbandumwe, one of the participants, explained: ‚ÄúWith IRRI‚Äôs assistance, we were able to get money to rent land for rice growing, which helped us produce rice for family consumption.

‚ÄúWe have gained technologies to improve our rice production,‚Äù she added. ‚ÄúWe now use less seed for the same area, thanks to IRRI‚Äôs assistance. We also use enough fertilizer, unlike before, when we used small quantities because we could not pay the cost.‚Äù

Elisabeth Nibigira, mother of four children and one of the farmers in training, said, ‚ÄúWith the IRRI project, I now feel reintegrated into society. I do not feel afraid of people anymore, unlike during my combatant life; and other people no longer regard me as an excluded ex-combatant.

‚ÄúWhen I was not growing rice,‚Äù she added, ‚ÄúI used to eat rice only on feast days or when I got my pay from hard work. Now, with IRRI‚Äôs assistance, I produce rice myself and I can eat rice with my children whenever I need it.‚Äù

The women are very enthusiastic to keep developing their skills and their rice production. They want to mechanize and improve the efficiency of their operation to increase profit and reduce labor.

‚ÄúThe first thing we would like to have is a milling machine because we will benefit from it as we will not have to pay for milling,‚Äù said Ms. Nibigira. ‚ÄúOther farmers will come to us and mill their rice, which will provide us with money to feed our family. Moreover, we could then produce rice bran for our cattle or for sale.

IRRI and students from the University of Burundi also conducted participatory variety selection trials that included the women in choosing the best rice varieties from field tests that compared local and potential new varieties. Engaging them in the selection process helps build project ownership and their knowledge about which varieties are best and why.

Varieties are tested for their capacity to perform well in different growing environments across Burundi and for traits, including resistance to local diseases such as sheath rot and blast, and tolerance of salinity, cold, and iron toxicity. A number of new varieties especially suited to Burundi are expected to be released soon as an outcome of these trials.

The results from these on-farm trials will also expedite the registration of new varieties, which the women‚Äôs groups can use to produce more seeds.

In collaboration with the Faculty of Agriculture at the University of Burundi, IRRI works to continue the project based on its outstanding success. But,¬Ýit also seeks funding to include more¬Ýwomen in the program and support the existing women to further develop their rice production skills and improve their access to technology.