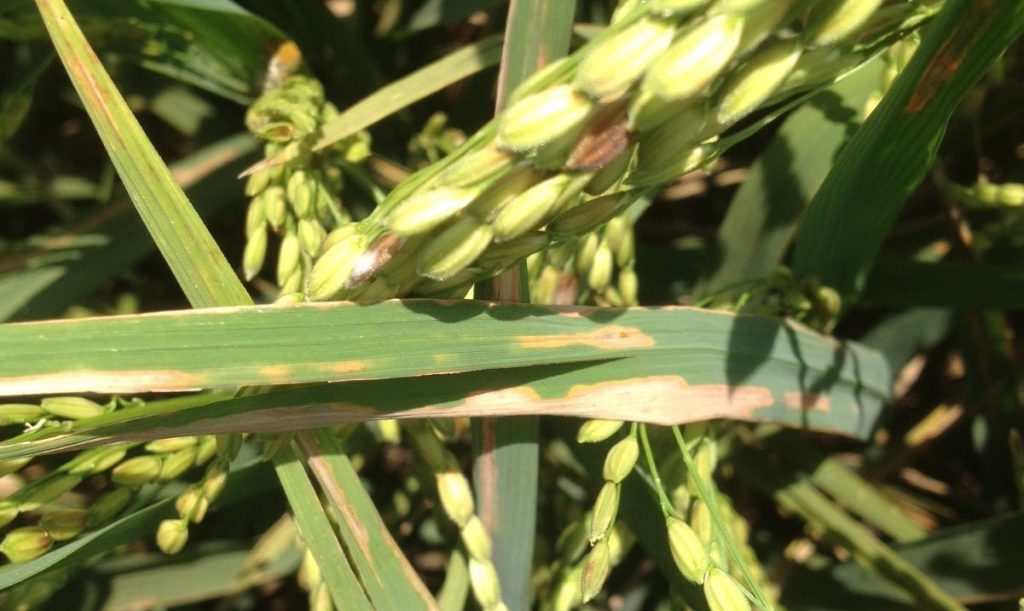 Bacterial blight of rice caused by Xanthomonas oryzae pv. oryzae (Xoo) is considered the most important bacterial disease of rice due to its high epidemic potential, especially in extreme climate variation, and its destructiveness to high-yielding but susceptible cultivars. Despite attempts to control the disease by incorporating genetic resistance into high-yielding cultivars, the disease remains a major constraint to rice production in favorable and unfavorable rice environments throughout Asia. Its occurrence in the 1970s in Africa has added a new dimension to concerns about its dissemination.

The International Conference on Bacterial Blight of Rice (ICBB) is held every three years–previously in Tsukuba (2004), Nanjing (2007), Seoul (2010), and Hyderabad (2013). Significant gains have been made in understanding the disease through analysis of the interactions between Xoo and rice at many levels, including studies focused on the epidemiology, population biology, physiology, cell biology, biochemistry, molecular genetics, and effectors involved in the rice-Xoo interaction. With recent advances in new tools and sequencing resources in rice and Xoo, tremendous knowledge has been generated in a shorter time frame. Thus, moving forward since the 4th ICBB, these advances, and new innovations will be highlighted in the ICBB05 as we look into future strategies to manage this important disease.