With no advanced education, Khushi Ram Mishra and Lok Nath Devkota have become successful seed producer farmers in Nepal. Their success stories are still unfolding as they contribute to the improvement of their families’ lives and of their country. 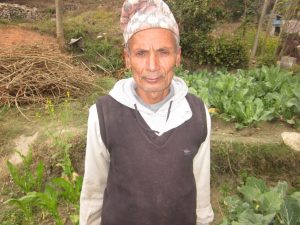 The 63-year-old Mr. Mishra lives in Sundarbazar Municipality in Paundibazar Lamjung and his farming experience began in childhood. (Photo: CURE)

They are medium-level farmers. Mr. Mishra has around 1.3 hectares of land, while Mr. Devkota has 2.4 ha (1.4 ha of upland and 1 ha of rainfed lowland). Mr. Mishra obtains extra income from his small tea shop in Paundibazar Lamjung, where several villagers usually gather daily for tea.

Aside from their farming activities, both farmers are active socially in Khushi Ram Mishra and Lok Nath Devkota: profiles of successful seed producer farmers in Nepal Bishnu Bilas Adhikari the community. They have joined more than ten institutions and groups and assumed key positions in them. Mr. Mishra is now the coordinator of the district-level seed producer groups of Lamjung and vice president of the Sunder (Model) Seed Producer Agricultural Cooperative in Sundarbazar, Lamjung. Mr. Devkota is an active seed producer member in the Bhrikuti seed producer group of Palungtar, Gorkha. Both farmers became involved in the IRRI/IAAS research activities of the IRRI-IFAD project Managing Rice Landscapes in the Marginal Uplands for Household Food Security and Environmental Sustainability (started in 2005 in Mr. Mishra’s area; in Mr. Devkota’s case, the verified technologies were disseminated in Palungtar villages in 2007). 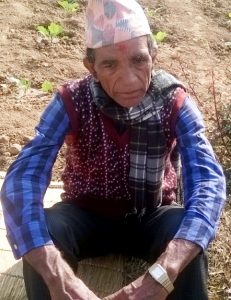 Both became involved in participatory action research/ participatory varietal selection (PVS) in rainfed lowland areas through mother-baby trials. Mr. Devkota contributed significantly to the release and production of rice varieties Sukhadhan-1 to Sukhadhan-6 and their seed, including Ramdhan in the western mid-hills of Nepal (the same as with Mr. Mishra, with the addition of scented variety Sunaulo sugandha). PVS trials, varietal selection, seed production, seed storage, and seed distribution were important activities, which led to increased productivity and food security in the western mid-hill districts of Nepal.

The two farmers became recipients of several training activities, especially on improved rice cultivation practices, in different years from projects they were involved in and those of their respective District Agriculture Development Offices (DADOs). Mr. Devkota particularly had a month-long seed producer farmers’ training in 2014 at Palungtar Agricultural Service Center, which was organized by DADO-Gorkha. Mr. Mishra as well had extensive experience involving seed producer farmers’ training and exposure visits in different districts.

On their farms, Mr. Mishra and Mr. Devkota have applied improved practices from seeding to harvesting, threshing, storage, and marketing. They reported that they were able to obtain more than 5 t/ha of rice yield from drought-tolerant rice (DTR) varieties. They are immersed as well in improved nursery management, planting, weed management, water management, nutrient management, and postharvest management activities.

Source of pride and income
Mr. Mishra’s two sons, employed abroad, and his daughter-in-law, employed in a local primary school as a teacher, help provide the needs of the household through their earnings. Mr. Devkota’s two sons, on the other hand, are employed in their locality as a construction manager (elder son) and secondary-level teacher (younger one). They also share their earnings to the household.

Mr. Khushi Ram Mishra’s and Mr. Lok Nath Devkota’s success stories are still unfolding. They can be told continually with pride, as they contribute to the improvement of their families’ lives and of their country, Nepal. 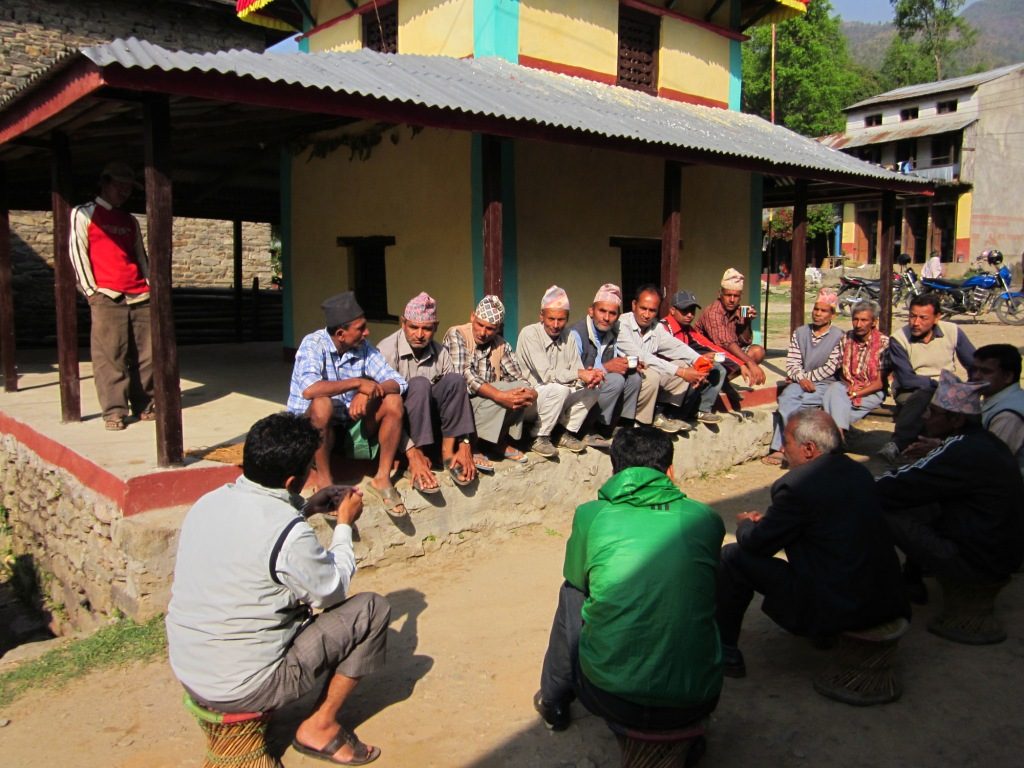 How were they affected by the stresses occurring on their farms?
Both farmers had used long-duration local varieties on their farms before the project. Because of the long drought at the time of planting, in some years they could not transplant the seedlings in time. Because of the late planting of long-duration varieties, production declined to almost half; hence, they turned to maize, wheat, and other crops for food.

How did they cope with or manage farming in such conditions?
They made use of some drought-tolerant local varieties during certain years. Mr. Mishra used Anga, Marshi, and Ghaiya, while Mr. Devkota used Chaurasi (84 days), Radha-4, Bindeshwori, Anga, Marsi, Pakhejhinuwa, and Rathothantar. After the project, they used improved drought-tolerant rice varieties on their upland and rainfed lowland farms.

How did they find out about the stress-tolerant varieties or rice management practices?
Various IRRI projects such as IFADTAG 706, Stress-Tolerant Rice for Africa and South Asia (STRASA), and CURE activities supported by IFAD have contributed to the release of drought-tolerant rice varieties suitable for growing in upland as well as rainfed lowland conditions. The farmers said that they have since been using newly released DTR varieties on their farms. They are using different drought-tolerant varieties in different years with improved management practices.

What other support services were provided by the source of variety or management practice?
Both farmers confirmed using more seedlings per hill (>6 tillers) for drought-tolerant varieties in rainfed lowland conditions as a general practice. If the variety was planted late, the number of tillers increased up to 8 per hill. In late-planting conditions, the farmers used a high amount of nitrogenous fertilizer as topdressing just after rainfall. Mr. Mishra particularly used butachlor as pre-emergence herbicide to control weeds in rainfed conditions.

What hesitations did they have before trying a variety or adapting a management practice; what convinced them to try it?
Mr. Devkota said that he had some hesitation when he grew new DTR varieties obtained in 2011 from the project. He received a minikit packet from the project and then he planted on his small parcel of land just to test the varieties. When he observed good results from the newly obtained varieties, he tried growing them in large areas.

Both Mr. Devkota and Mr. Mishra were involved in PVS trials and varietal demonstration programs to observe and select the best genotypes based on good characters. They selected the newly released varieties, together with other farmers. They said that they developed confidence using these released varieties on their farms. They have tried all the drought-tolerant varieties on their farms successfully.

How did the varieties or management practices change their farming style, livelihood, and family’s lifestyle?
Both farmers said that, before the IRRI project, they applied local farming practices with local varieties on their farms. They joined training activities on various topics sponsored by the IRRI project and by their respective DADOs in Lamjung and Gorkha. After attending the training, they changed their cultivation practices. Now, they are progressive farmers and have started to lead farmers’ organizations. They have developed a reputation in their community as good farmers. After the adoption of newly verified technologies on their farms, they were able to achieve high profit from the improved cultivation practices.

Have they observed any change in their community with the farmers’ use of the varieties or management practices?
They said that the adoption rate of verified technologies from the IRRI project is increasing day by day. After the adoption of newly verified technologies (drought-tolerant varieties and management practices) in different farming communities, the area adopting drought-tolerant varieties is also increasing day by day. Farmers are now able to achieve almost double grain yield.