Rice lost to parasitic weeds would be enough to feed 4.5 million people a year. 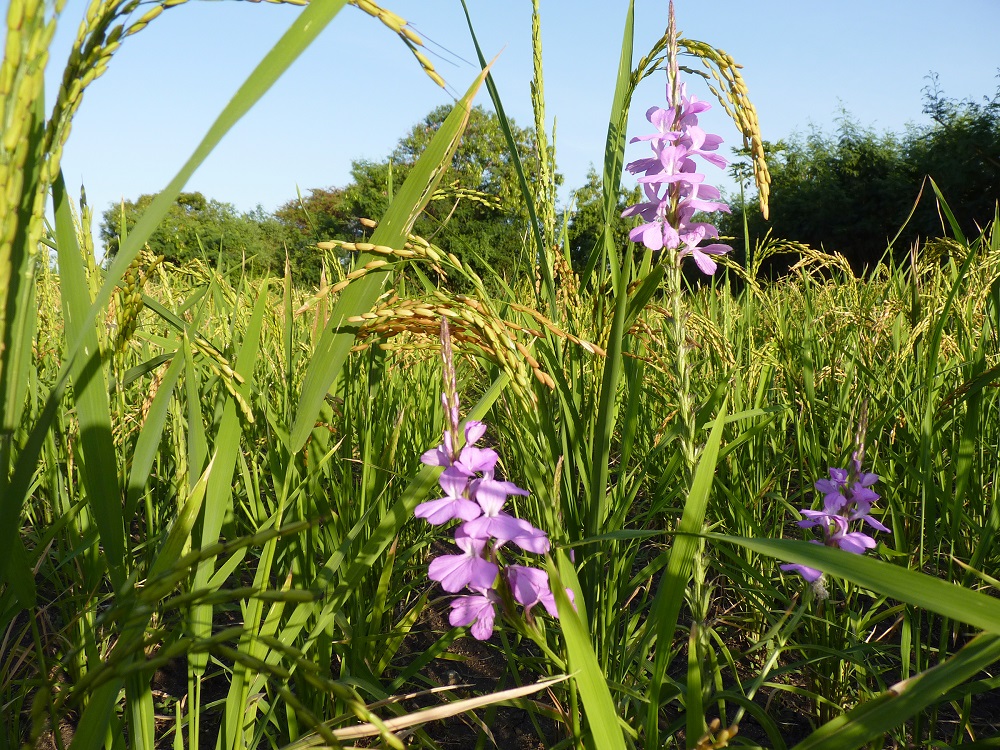 An international team of researchers representing the Africa Rice Center (AfricaRice), the International Rice Research Institute (IRRI), and Wageningen University, has raised the alarm over the enormous economic impact of parasitic weeds on rice production in Africa, threatening the food security and livelihoods of millions of resource-poor rice farmers and consumers in the region.

Rice is the second most important source of calories in Africa. It is also critical for smallholder incomes. Demand for rice is growing at more than 6% per year—faster than for any other food staple in sub- Saharan Africa (SSA), because of changes in consumer preferences and urbanization. Rice production is increasing across SSA, but the continent still imports some 40% of its rice.

Smallholder farmers in the continent are losing half a million tons of rice worth about USD200 million because of parasitic weeds every year. This is roughly equivalent to the annual rice consumption of Liberia, a low-income country, which heavily relies on rice imports. If the rice lost due to the parasitic weeds had been saved, it would have been enough to feed 4.5 million people, the total population of Liberia, for a year. 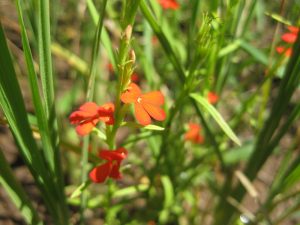 Parasitic weeds are among the most destructive and problematic weeds to control.

“When these plants invade food crops, they turn into ferocious weeds,” said Jonne Rodenburg, an agronomist at AfricaRice.

The most important parasitic weed species in rice are Striga asiatica, S. aspera, S. hermonthica, and Rhamphicarpa fistulosa. They are Africa’s rice farmers lose millions of dollars to parasitic weeds by Savitri Mohapatra all endemic to Africa and can also parasitize other cereal crops such as maize, sorghum, and millet.

The team of researchers reveals that these parasitic weeds, which survive by siphoning off water and nutrients from host crops, have invaded 1.34 million hectares of rainfed rice in Africa, affecting an estimated 950,000 rural households. The infestations are increasingly becoming severe due to an intensification of agricultural production and climate changes.

The areas affected by parasitic weeds are home to some of the world’s poorest farmers. Studies by AfricaRice and partners have shown that parasitic weeds seem to predominantly affect women farmers in Africa as they are often forced to grow rice on the most marginal and parasitic weed-infested plots.

The researchers warn that these parasites are spreading fast in the rainfed rice areas. If nothing is done to stop them in their tracks, the damage will increase by about USD30 million a year.

These findings were revealed in Parasitic weed incidence and related economic losses in rice in Africa published in Agriculture, Ecosystems, and Environment. 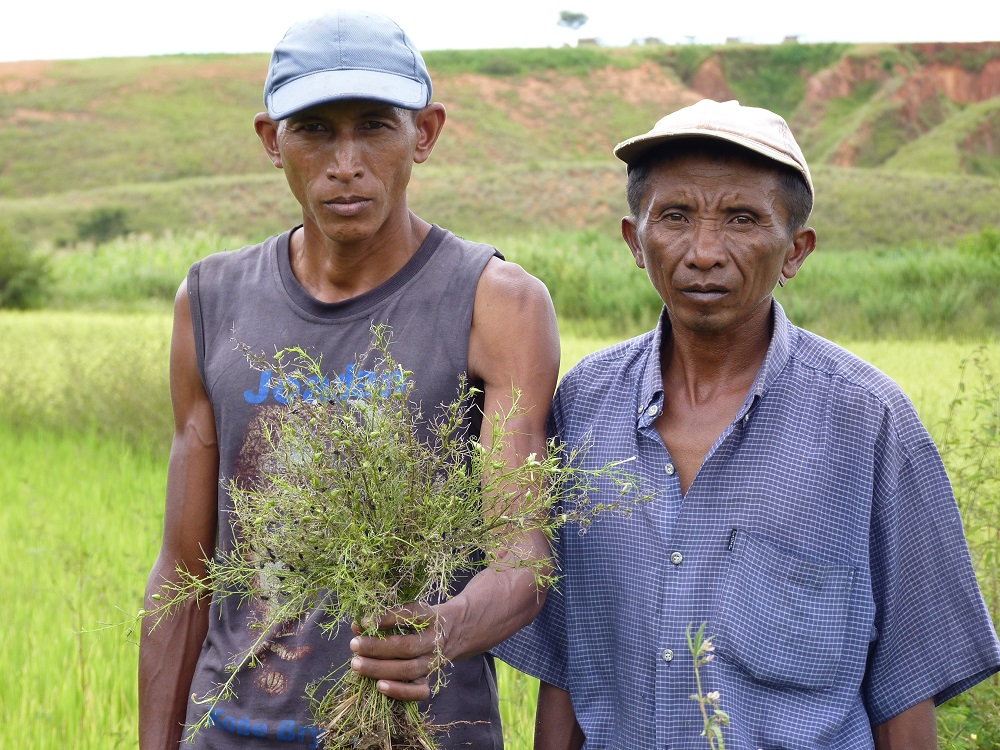 From this overlap, probabilities of actual infestation were estimated. “These estimates together with secondary data on parasite-inflicted crop losses and efficacy of weed control were combined into a stochastic impact assessment model,” explained Dr. Matty Demont, an agricultural economist at IRRI and one of the contributors to the impact paper. The knowledge acquired on the distribution as well as the agronomic and economic impact of parasitic weeds in rice in Africa underlines the importance of finding effective measures to control these pests through research.
AfricaRice and its partners have been investigating and developing efficient parasitic weed management strategies that are affordable and feasible for resource-poor rice farmers.

“A range of high-yielding, short-cycle, farmer-preferred rice varieties have been identified with resistance or tolerance to different species and ecotypes of Striga, as well as varieties with good defense against R. fistulosa,” said Dr. Rodenburg. 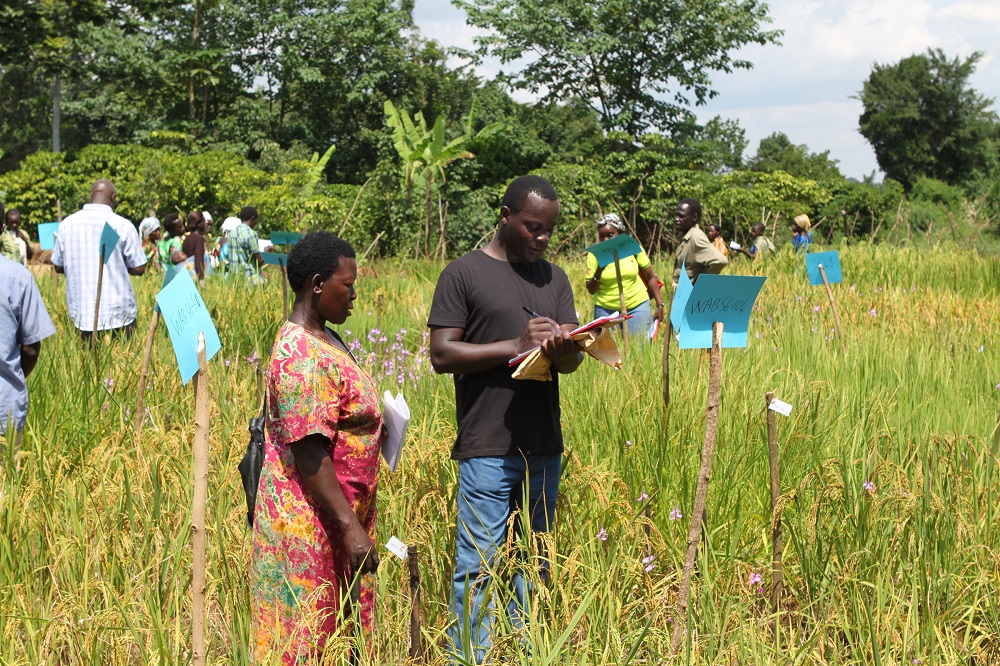 Lammert Bastiaans of Wageningen University, a research partner and co-author of the impact paper, explained that such varieties can be combined with different agronomic measures, such as late sowing (against Striga) or early sowing (against R. fistulosa), and the use of organic soil fertility amendments. Growing a leguminous cover crop such as Stylosanthes guianensis and following a zero-tillage approach also contribute to the effective control of Striga, as demonstrated by agronomic experiments conducted by AfricaRice and its partners in Madagascar, the French Agricultural Research Centre for International Development (Cirad), the University of Antananarivo, and the National Center for Applied Research and Rural Development (FOFIFA).

At a time when public sector investments in agricultural research decrease, efficient targeting of resources is becoming increasingly important.

“Our studies show that targeted investments are important in further research, the development and dissemination of control technologies, and capacity building of farmers, extension agents, among other stakeholders, to reverse the trend of increasing parasitic weeds in rice,” stated Dr. Rodenburg. In this regard, we are grateful for the funding support received from the Department for International Development through its Biotechnology and Biological Sciences Research Council, the science division of the Netherlands Organizations for Scientific Research, the CGIAR Research Program on Climate Change, Agriculture and Food Security, and the Global Rice Science Partnership (GRiSP).