A smart mobile crop management tool is helping farmers in Africa optimize their production and profits and reduce waste. 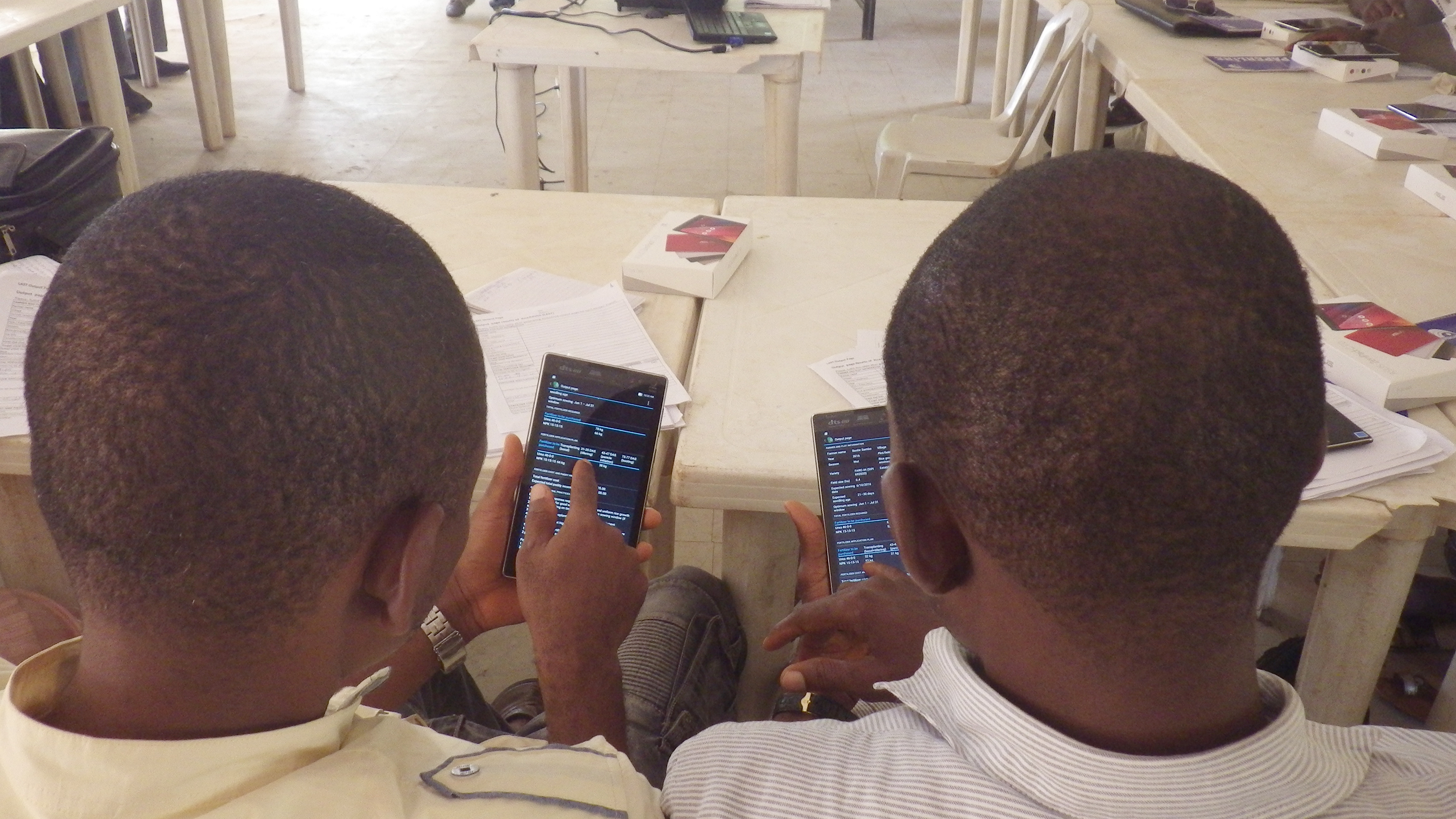 Farming is often a risky venture and involves a lot of uncertainty. It is no wonder, therefore, that the 17th-century writer Jonathan Swift spoke so highly of farmers:

Whoever could make two ears of corn, or two blades of grass, to grow upon a spot of ground where only one grew before, would deserve better of mankind, and do more essential service to his country, than the whole race of politicians put together.

Traditionally, farmers have made decisions on the farm based on their own experience and knowledge. To enable them to be more efficient and reduce risks in farming, the recent revolution in information and communication technology has made it possible to develop decision-support tools that can guide them to make informed decisions to improve their production and increase their productivity.

One such smart mobile app is RiceAdvice, a science-backed crop management decision-support tool developed by the Africa Rice Center (AfricaRice), which can be freely downloaded to a tablet device from the Google Play Store.

Customized prescriptions
In Africa, rice production has not been able to keep up with the continent’s rapidly growing appetite for rice. More and more people are shifting from traditional staples, such as sorghum and millet, to rice because rice is easy to prepare. And, Africa is now spending about USD 7.5 billion for rice imports, according to the Food and Agriculture Organization of the United Nations.

Rice cultivation on the continent must significantly increase its efficiency to cope with changing diets and rapid population growth. The average rice yield in sub-Saharan Africa is around 2 tons per hectare, which is about half the global average.

However, fertilizer is costly for smallholder farmers in the continent and many rice farmers are not aware of the right combination, dosage, and timing of fertilizer application. Insufficient fertilizer can result in loss of yield, while too much can reduce profit and can be harmful to the environment.

Therefore, tools that can eliminate guesswork and increase yields and profits through optimal fertilizer applications are very valuable for farmers. The RiceAdvice decision support tool helps farmers identify the best option for fertilizers to buy based on nutrient requirement and fertilizer prices.

Moreover, RiceAdvice helps farmers make better-informed decisions based on return-on-investment calculations. They can select their own target yield based on their budget. In fact, this feature of RiceAdvice has been commended by the Deutsche Gesellschaft für Internationale Zusammenarbeit (GIZ)-Competitive African Rice Initiative (CARI), which is helping in the deployment of RiceAdvice in sub- Saharan Africa. 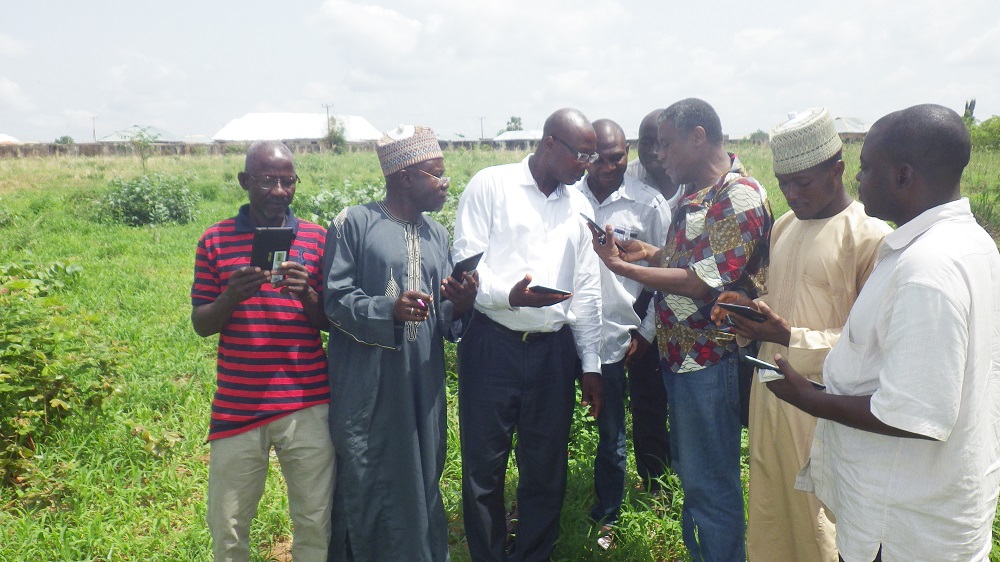 KOKOU AHOUANTON, AfricaRice research assistant (third from right), demonstrates how to use the RiceAdvice in Nigeria. (Photo by Phillip Onimisi Obosi, GIZ-CARI.)

GIZ-CARI noted that a specific innovative element of RiceAdvice is “not only based on the agronomic conditions, but also on the financial capacity of the farmer. How much money does he have to invest and what are the optimal scenarios: reducing cost on inputs or optimizing yield?”

RiceAdvice users have to feed in the requisite information, such as the variety used, last season’s yield, and target yield, among other things. These kinds of information enable the tool to provide farmers with a plot-based fertilizer application plan (type, dosage, and timing) along with a cropping calendar and an estimate of expected income from fertilizer use.

RiceAdvice does not require an internet connection to generate the guidelines in villages or fields, except for updating the app. Expected users are farmers, extension workers, traders, agricultural entrepreneurs, and development agencies in Africa interested in receiving expert advice for rice production. AfricaRice studies have shown that the adoption of RiceAdvice recommendations can increase rice yield by 0.6 to 1.8 tons per hectare in farmers’ fields.

“However, it is important to remember that RiceAdvice should be disseminated along with other good agricultural practices,” emphasized Dr. Kazuki Saito, AfricaRice agronomist, who has spearheaded the development and dissemination of the tool. 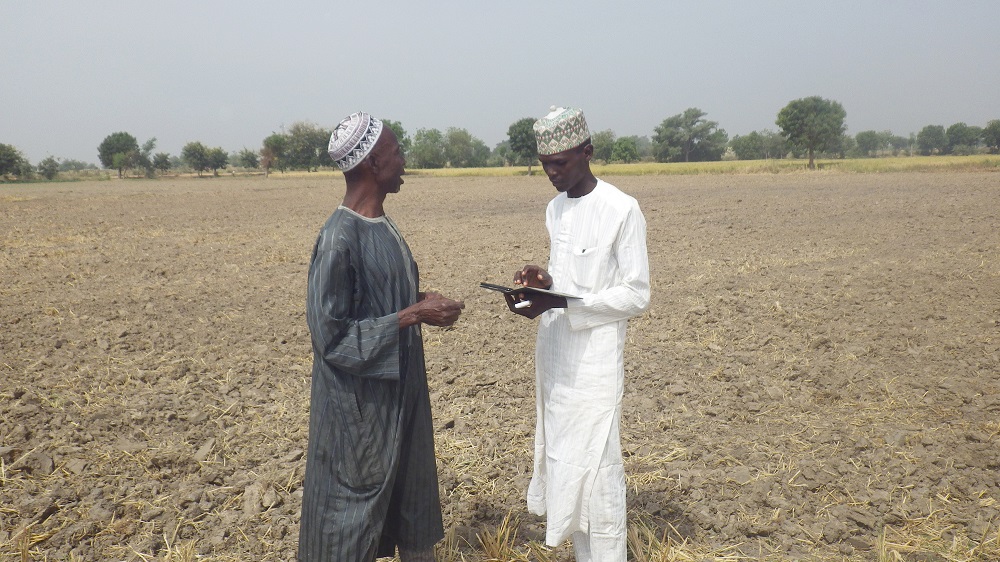 Backed by science
Explaining the importance of data from basic research that underpin RiceAdvice, Dr. Saito said that the decision-support system was built on decades of work by AfricaRice scientists and their partners since the late 1990s developing improved crop management options in irrigated and rainfed ecosystems.

Farmers were closely involved in the development of such crop management options. Care was taken to propose prototype technologies and good agronomic principles and decision tools rather than fixed technologies or blanket fertilizer recommendations, as the nutrient requirements of the crop can change, even across short distances in fields.

Thus, RiceAdvice is essentially based on databases from research repackaged into a format that is useful and accessible. The tool has been extensively fine-tuned and validated on the ground in consultation with farmers. More than 90% of the farmers who used the tool in Senegal and Nigeria during its validation phase are willing to continue using it.

RiceAdvice deployment
In April 2016, a one-year project was launched by AfricaRice, with support from the government of Japan, to disseminate RiceAdvice in Nigeria and Mali to improve rice productivity, maximize rice farmers’ investment potential, and catalyze youth employment. The project’s overarching goal is to contribute to food security and social stability in the two countries.

The project’s strategy is to train 200 people, including youth and women, in these countries in the use of RiceAdvice and good agricultural practices in rice farming. The trained people, in turn, would serve as advisory service providers and give recommendations generated by RiceAdvice to 12,000 farming households.

The project aims to increase rice yield in the target areas in Mali and Nigeria by 20% (an increase of about 23,460 tons). The expected increase in income of 12,000 farmers by using RiceAdvice recommendations is estimated at about USD 4.5 million.

For the rollout in the two countries, the project is benefiting from the help of key development partners GIZ-CARI and Syngenta Foundation as well as national agricultural research and extension systems such as the Institut d’economie rurale in Mali, the National Cereals Research Institute, and Ahmadu Bello University in Nigeria. 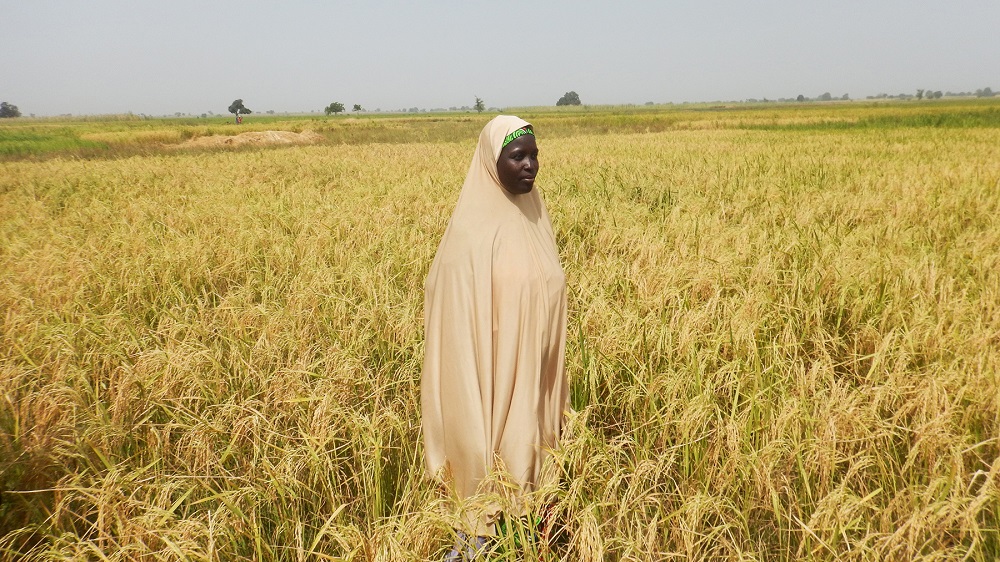 A FARMER in Nigeria has greatly benefited from RiceAdvice. (Photo by Phillip Onimisi Obosi, GIZ-CARI)

At the project closing meeting held at the AfricaRice-Cotonou research station in February 2017, it was reported that, thanks to the Japan-funded project, 200 trained service providers have helped more than 16,000 rice farmers in Mali and Nigeria benefit from RiceAdvice, leading to increased productivity, efficiency, and profits.

Farmers are happy with the significant improvement in yield and income that RiceAdvice has brought to them and are eager to continue with the service, observed GIZCARI, which is helping deploy the RiceAdvice technology to more than 9,000 farmers in the Nigerian states of Kogi, Niger, Jigawa, and Kebbi through 97 trained service providers.

After seeing the increase in yield on his farm because of RiceAdvice, Mr. Abdullahi Mahari from Jigawa expressed his willingness to pay NGN 20,000 (USD 65) for RiceAdvice service because it was so profitable to him.

Syngenta Foundation recounted a similar experience from Kouroumari area in Office du Niger, Mali. Of the 600 farmers who benefited from RiceAdvice, 99% wish to reuse the service in 2017 and 44% of them are ready to pay between 250 F CFA (about USD 0.50) and 10,000 F CFA (about USD 16) for RiceAdvice recommendations.

“We are pleased that nearly all the project targets have been achieved or even surpassed in some cases,” said Dr. Saito, RiceAdvice project coordinator, at a meeting to review the progress and achievements, share experiences, and develop a follow-up plan for after the project ends in March 2017. Thanking the government of Japan and the various partners for their strong support, he reported that various media tools such as a promotional video, social media, and a dedicated website have been developed for promoting RiceAdvice.

The way forward
The participants discussed opportunities for and constraints to outscaling and upscaling RiceAdvice in a sustainable manner so that the tool could serve more people and achieve broad impact.

“AfricaRice and its partners agree that we need appropriate business models, coordination mechanisms, and new partners, particularly from the private sector,” said Dr. Saito. “We are quite lucky as a wide range of partners is interested in this tool.”

AfricaRice and its partners are analyzing the data from the project and are making follow-up field visits to assess the initial impact and identify mechanisms for the effective rollout of RiceAdvice in sub-Saharan Africa after the end of the project so that many more farmers can make two rice plants grow where only one grew before.