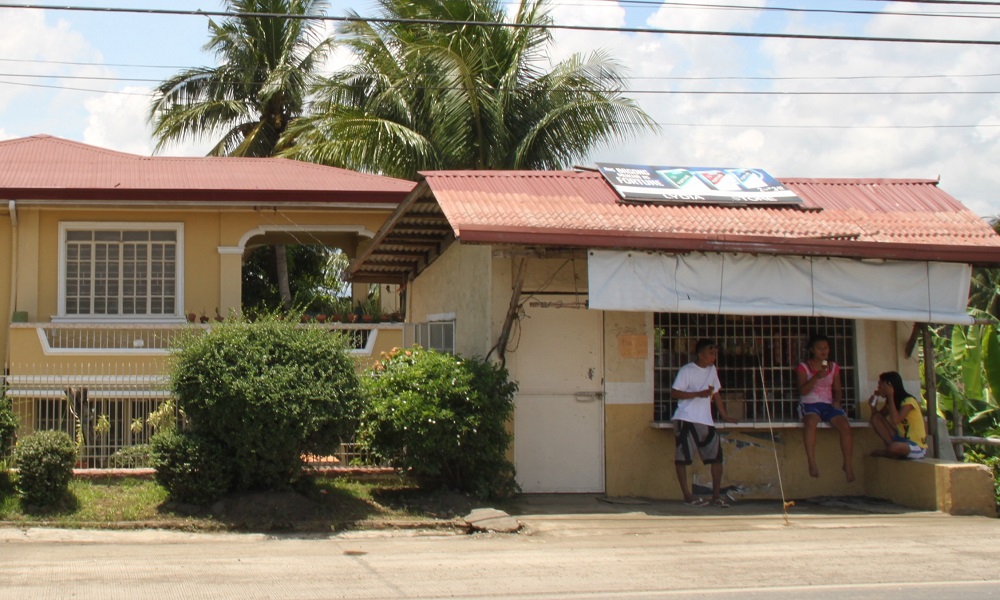 The living quarters of the Santos family are on the second story of a house behind their small store. (Photo: IRRI)

Loop surveys were conducted in the wet and dry season every four to five years from 1966-67 to 2011-12—the longest farm surveys in existence—in which detailed records were kept on production systems and family activities. This article discusses a survey of about 100 farmers in Central Luzon, Philippines. The route of the survey forms a “loop” along the national highways in the region.

In 2012 and 2014, we conducted a series of interviews of farm families that had been surveyed from the beginning. The purpose was to look beyond the survey data and into family and farming issues. We focused on how the farm households and farm enterprise had changed over time. The table in the main text summarizes the change over time in sources of income. Although the sample was small and the experience of individual farmers differs, the major changes are reflected in the broader sample. We recorded the experience of one farm family, the Santoses.

In 1966, at the time of our first interview, the Santos family had 1 hectare of rainfed land. That year, they did not harvest anything because their rice was washed out by flooding. The family looked elsewhere for income—raising hogs and driving a truck.

As the farm prospered, the family also grew, with six daughters and one son. Juan and Maria, the heads of the family, made a major effort to see that each of the seven children received a good education. Six of the children found employment off the farm, two of them overseas.

After Juan, the patriarch of the family, fell ill and passed away in 2007, a daughter, Fely who has been involved in farming activities since she was 15, took over the farm management. On 19 November 2013, we met Fely, who is now in charge of the family’s 3.5-hectare farm. She employed two permanent laborers. 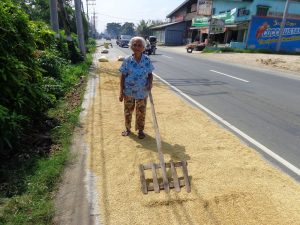 But Maria did not stay idle. She opened up a small store in 2007. Some time ago, a rice mill was put up by a rice dealer in this area. This prompted the family not to sell its paddy and instead the paddy was taken to the local mill and the miller kept the bran as payment for the milling. The milled rice is now sold in their store. As of our last visit in October 2013, the price in the market for palay was PHP 15.50/kg (dried). However, the price of milled rice was PHP 35.00/kg, a handsome profit for the store.

The family living quarters are on the second story of a house behind their store (see photo). We were surprised to learn that there had been a flood in October 2013, with the water rising to knee-deep in their two-story living quarters. They had planned to harvest the rice on a Friday but, like a tsunami, the flood arrived without warning the day before. Fortunately, the flood lasted only a couple of days and they were able to harvest most of the rice. In the house, they lost their Christmas decorations and were trying to recover photographs from their family albums.

Despite these unpleasant intervals, for the Santos family, growing rice and educating siblings have had their rewards. The house has been rebuilt and furnished with air conditioning, TV, and other amenities with the help of the children’s remittances. The living quarters are a story off the ground because of the frequent flooding in the wet season.

Of course, not all farmers in our survey were as fortunate as the Santoses. After the eruption of Mt. Pinatubo in June 1991, one farmer could grow only one crop of rice annually. Another farmer lost half a hectare of land to highway construction without compensation. Despite advances in technology, rice farming remains a risky business.