During his long and fruitful career, John worked to identify, prioritize, and address constraints in cereal production  throughout Asia and Africa, using traditional plant breeding and advances in biotechnology. He is considered to be one of the early architects of rice biotechnology in Asia through what he achieved during his time at the Rockefeller Foundation. 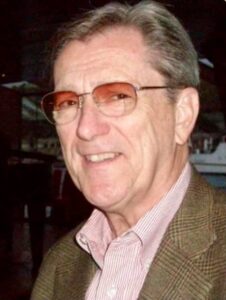 John C. O’Toole, 78, who worked at the International Rice Research Institute (IRRI) as an agronomist (1974-84) and later as an official of the Rockefeller Foundation, passed away on 27 October 2021 in Ann Arbor, Michigan.

During his long and fruitful career, Dr. O’Toole worked to identify, prioritize, and address constraints in cereal production (especially rice and maize) throughout Asia and Africa, using traditional plant breeding and advances in biotechnology. He is considered to be one of the early architects of rice biotechnology in Asia through what he achieved during his time at RF.

During the First International Conference on Rice for the Future in Bangkok in September 2004, Thailand’s H.R.H. Princess Maha Chakri Sirindhorn’s presented the Golden Sickle Award to Dr. O’Toole for his 30 years of contributions to the advancement of rice research.

“It is obvious that irrigation of rice fields, as an intentional human activity, has been a part of Asian culture for many thousands of years,” he stated in Rice and Water: The Final Frontier, his presentation on that occasion. “However, the ancients may never have suspected there would be so many of us to share the freshwater of 21st Century Asia!

“The future imperative is clear,” he continued, “Asia cannot continue to depend on the quantity and quality of freshwater for rice culture in the traditional manner. Because changes of this magnitude will undoubtedly require major national level restructuring of agriculture, preparations are imminent for a radical change in the relationship between rice and water due to the current and increasing competition between urban, industrial, and agricultural water use.” 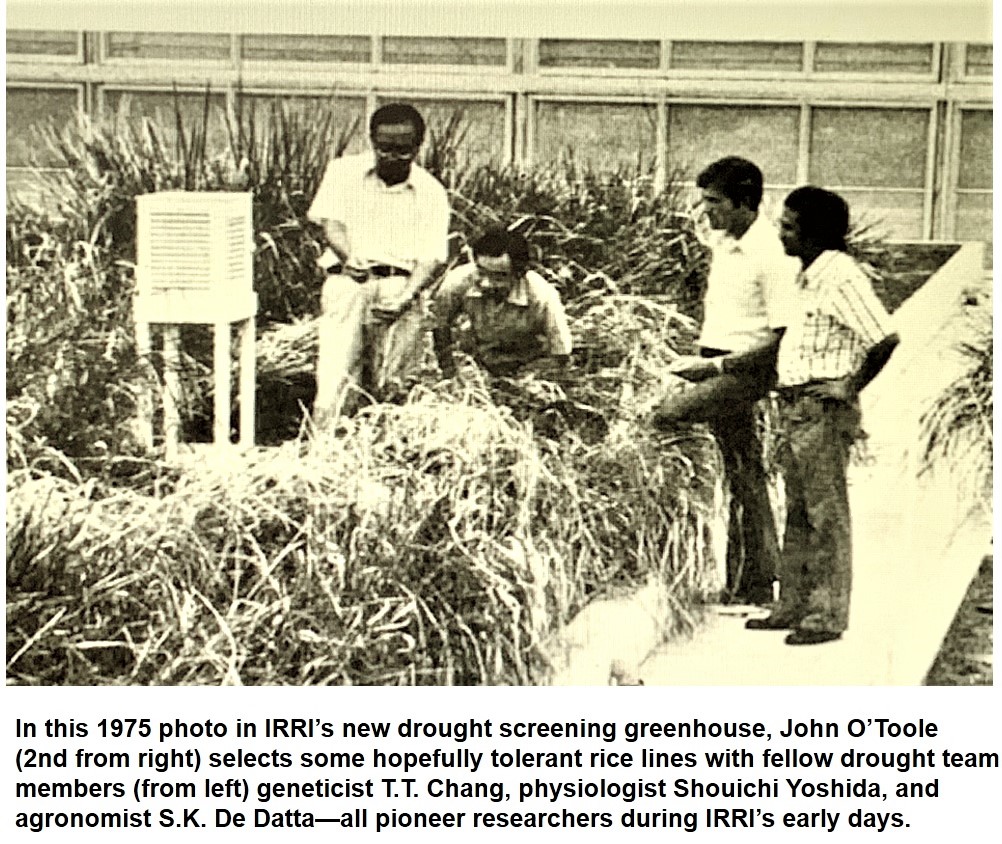 He concluded, “The primary challenge before us is to sustain the momentum of current activities. This will require effective communication of ‘the problem’ and commitment of financial resources for a decade or more. To achieve this outcome, we must not  limit our attention to the scientific arena, but become more proactive as scientists in the public awareness, policy, and decision-making arenas of the media and government.”

In accordance with his wishes, his body has been cremated and no formal funeral services are scheduled. The family will celebrate his life in a private gathering but welcomes the thoughts and prayers of colleagues and his IRRI family, which he regarded with great fondness.

Condolences to the family may be sent via his son John at jo2l (at) comcast.net.