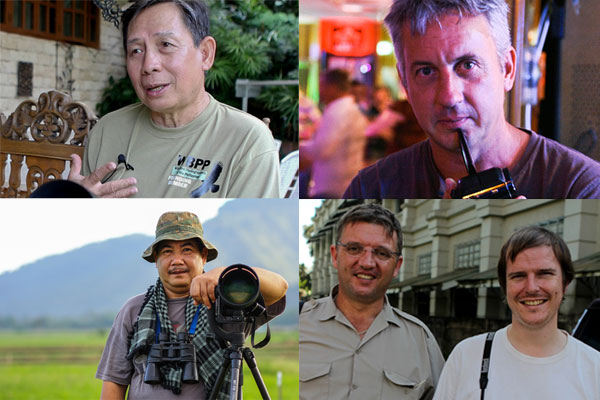 A look at the people behind Feathers in the fields: The birds of IRRI 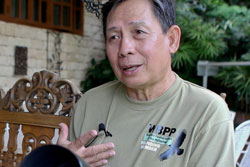 Tirso Paris, Jr. got into bird photography about 3 years ago when he upgraded from a point and shoot camera to an SLR. Originally, he used it to shoot events, plants, and butterflies, but never birds. Until one day, having bought a longer lens, he was able to take a nice photo of a sunbird— and there was no looking back after that. Dr. Paris finds birds to be beautiful subjects and he now has thousands of photos taken from various locations, including his backyard. His motivation for bird photography is capturing their images for posterity and telling the world that birds are valuable and should be preserved.

Segfredo Serrano, undersecretary for policy and planning of the Philippine Department of Agriculture, started bird watching and photography in 2007. Although he has visited many birding sites in the Philippines and around the world, he considers the Mt. Makiling area as his base. Dr. Serrano spends most weekends observing and photographing birds in the fields of the University of the Philippines in Los Baños and at IRRI, and in the forest of the Mt. Makiling National Park. He has two daughters, who are also avid birders and bird photographers. His son Isagani is one of the Rice Today photo editors.

Michael Joyce is a U.S.-based documentary producer who has mostly focused on biomedical topics for the past 20 years. He came to IRRI in November 2012 to help start IRRI Radio. He thoroughly enjoys covering a discipline he previously knew very little about. “I grew up in a medical town surrounded by corn fields,” says Michael. “IRRI and the Philippines in general are ideal places to listen, observe, and learn. Nearly everything is new to me—the science, the culture, and the environs. In my line of work, naiveté has its privileges!”

Paul Bourdin (left) is a math teacher at Brent International School, Manila. He has been bird-watching since childhood—and has lived and birded in many countries in Africa, Europe, and Asia. He has, in addition, undertaken birding expeditions to Australia, Brazil, and the U.S. He is registered as a bird ringer in South Africa and the Philippines, and has contributed to ornithological journals and other birding publications around the world. He has lived in Los Baños since 2008 and has considered the rice fields at IRRI to be his local patch since he arrived.

Richard Smedley (right) counts himself lucky that he has been able to make an academic career out of his passion for birds. Since 2006, he has been studying birds in both his home country, the UK, and South Africa. He started his PhD in October 2011, with the University of Reading, but is based in the Philippines full-time. He believes that every bird has “a special something” that makes it worth watching and studying, and he hopes that he can continue working with birds for the rest of his life.