The United Nations Environment Programme’s focus in the rice sector is borne not only from its importance in feeding a growing and economically developing population but also from its relationship with the environment. 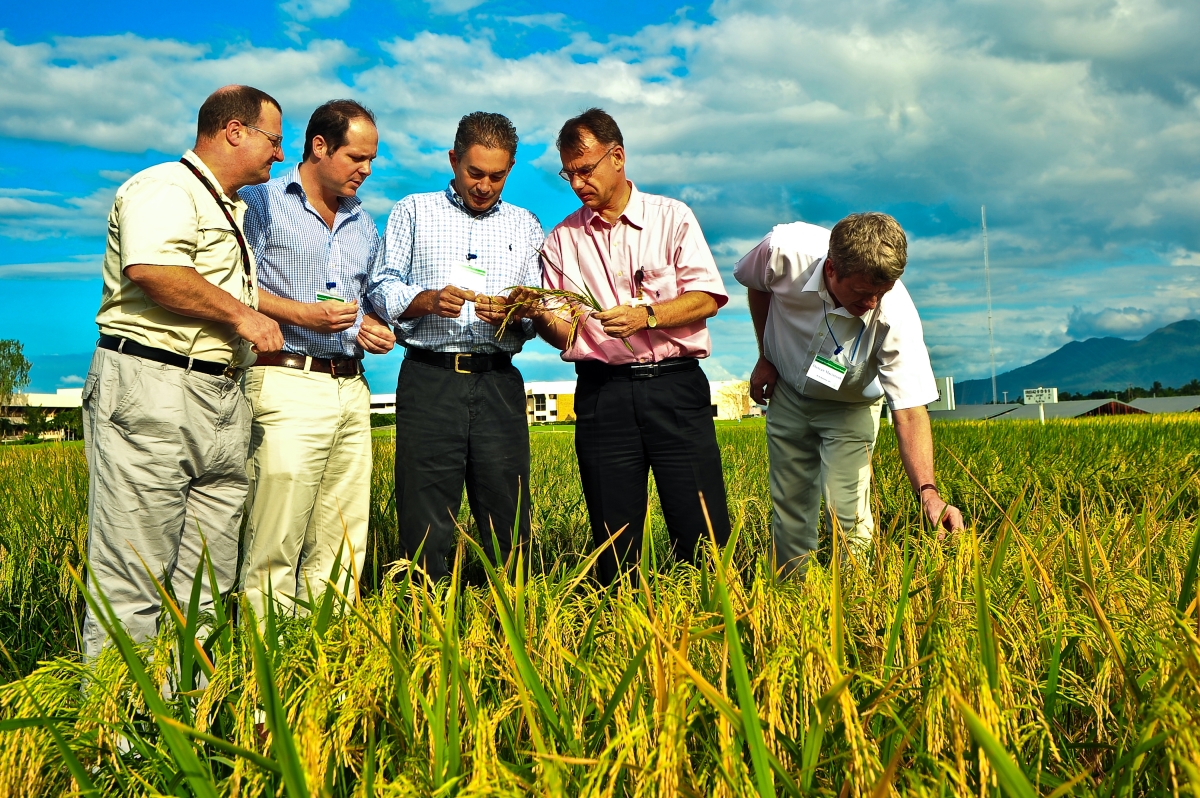 Rice is fundamental to people and the planet. It is the staple food for some 4 billion people worldwide and for 70% of the world’s 900 million poor. The rice sector is a significant contributor to global food security. It represents 19% of global per capita caloric intake and 27% of the calorie intake in low- and middle-income countries.

However, the United Nations Environment Programme’s (UN Environment) focus in the rice sector is borne not only from its importance in feeding a growing and economically developing population but also from its relationship with the environment.

The rice sector affects the environment in ways that will be explained below. However, it is the potential of the sector to be a force for good in sustainable natural resource management and landscape management that remains to be exploited.

If change is not effected by those that make up the sector (smallholder farmers, millers, input-providers, traders, consumers, and policymakers), its role as a fundamental contributor to food security faces considerable threats from excessive resource use, unsustainable cultivation practices, and climate change.

Rice and the environment
How does rice production affect the planet? Broadly, we could separate this into three interrelated effects.

First, let’s look at natural resource use. Rice is a significant user of natural resources. It is grown on 160 million hectares of land in a world where arable land is becoming more scarce and degraded. It is also the world’s thirstiest crop. Prevailing rice production receives around a third of the world’s irrigation water, often in parts of the world that experience extreme water stress.

Second, rice production contributes to loss of biodiversity through agricultural pollution. Although rice fields account for 15% of the world’s wetlands and irrigated rice fields are the richest agroecosystems for water birds, this biodiversity is under threat.

The availability and affordability of inputs such as pesticides and fertilizers have undoubtedly played a significant role in the planet’s ability to feed itself and in the Green Revolution of the second half of the 20th century. When used appropriately, agricultural inputs complement agroecological cultivation techniques and can contribute to higher profitability and productivity.

However, there is evidence that the inappropriate application of fertilizer releases nitrates into the environment and pollutes water ways that affect marine biodiversity and water quality. Overreliance on pesticides and fertilizers and their inappropriate use are also increasing the resilience of pests, causing pest infestations in some areas, and affecting farm biodiversity and, in some cases, farmer well-being.

Third, rice production is both affected by and contributes to climate change. Rice production systems are becoming more vulnerable as higher temperatures lead to lower rice yields as a result of shorter growing periods. In some cases, 8–10% declines in yield occur for every 1 degree Celsius increase in night temperature associated with global warming.

This is compounded by more extreme weather causing erosion and lodging on the one hand and water scarcity on the other. Also, rising sea levels caused by climate change threaten coastal and deltaic rice production areas in Asia, such as those in Bangladesh and the Mekong River Delta. As much as 7% of Vietnam’s rice-producing land could be affected by a 1-meter rise in sea level.

The Intergovernmental Panel on Climate Change, which assesses the potential environmental and socioeconomic impacts of climate change, warns that productivity will decline up to 20% by 2050 compared with 2000. This could potentially exacerbate rural poverty in parts of Asia as a result of the effects on the rice crop and could cause increases in food prices in the long term, thus increasing food insecurity.

Planet-friendly platform
To help solve these problems and drive the adoption of climate-smart, sustainable best practices among rice smallholders in developing countries, UN Environment joined hands with the International Rice Research Institute in 2011 to create a public-private partnership with governments, researchers, and private-sector stakeholders called the Sustainable Rice Platform.
In fact, the Platform’s evolution began back in 2009 when UN Environment started to examine its possible role in sustainable commodity production. Crucially, although all the impact in the rice sector is at the farm and landscape level, more than 90% of rice is produced and consumed in the same country, with another 4% traded from Asia to Africa. Therefore, the successful model for high-value commodities such as cocoa, coffee, and tea, for which there is a predominant south-north trade flow pulling demand for sustainable products, would not work in the same way for the rice sector.

Through a multi-stakeholder process in 2014 and 2015, this standard tackles specific needs and challenges of rice farmers, including water-use efficiency and climate change mitigation techniques such as alternate wetting and drying, along with integrated pest and nutrient management. A set of performance indicators was also developed so that impact could be measured during the cropping season.

This standard has empowered stakeholders to make public commitments, such as Mars Inc., which committed to 100% sustainable sourcing of its rice by 2020 using SRP tools and methodologies. (See From crop production to market: Improving the livelihood of Pakistan’s basmati rice farmers). It also attracted interest from many other rice stakeholders and companies from rice-producing countries that have started to pilot the tools and methodologies.

However, simply taking a farm-level approach will not create the transformation needed. This is why UN Environment will work with the Food and Agriculture Organization of the UN and other key stakeholders within the SRP to examine the potential of rice farmers to become long-term guardians of the rice sector and its sustainability—through incentives provided within the supply chain, consumer demands, or public policy development.
________________
Mr. Lomax is the Sustainable Food Systems and Agriculture Programme Officer in UN Environment’s Division of Technology, Industry, and Economics.