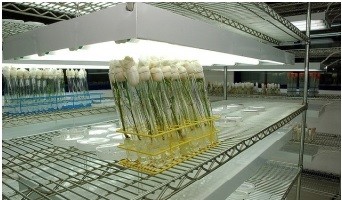 Although GM potato with modified starch and Bt maize are
currently grown in Germany and Spain, respectively, nearly 15 years have passed since GM corn (maize) underwent its first attempt to be released in France in 1998.

Since then, unfortunately, no real science-based debate on genetically modified organisms (GMOs) has taken place in France. Moreover, dissemination of scientifically derived information for the general public has remained very poor. Even worse, public trust in the scientific expertise, notably on GMOs, has been lost during the last decade. A poll published in the newspaper Le Monde and the scientific magazine La Recherche in 2011 showed that, although French citizens still believe in science for improving their lives and notably their health, most of them no longer believe science experts, particularly GMO experts (58% of the respondents), even if 93% of the respondents feel sufficiently informed on genetic modification.

The politics of GMOs
Both left- and right-wing governments are either hostile or neutral regarding GM crops. Green party ministers generally participated in a left-wing government, while right-wing parties preferred to see green activists focusing on GM plants rather than on nuclear reactors. (This worked for some time until the Fukushima disaster.)

For example, the French ban on MON810 Bt corn is a consensus between right- and left-wing politicians although scientific authorities in France agreed with the European Food Safety Authority that GM corn is not risky to the environment. Because of this hostile climate for GM crops in Europe, most Europe-based biotech companies relocated to the U.S.

After GM testing was banned
In the early 2000s, all applied genetic engineering and field-testing activities gradually stopped. Thus, only methodological research has been pursued, but, with not as much enthusiasm and funding.

Facing this rather depressing situation, most French GMO specialists have been predisposed to “self-censorship” and have gradually shifted to other research fields. In France, public funding for applied research to develop GM innovations radically declined and testing them in fields has dropped to zero in the last decade. And, since the early 2000s, the European Commission has funded research consortia only to study the impacts of GM crops on the environment and to study the coexistence of GM and conventional crops. One had to wait for the launching of the 7th Framework (2009-13) for genetic engineering to be re-introduced as a potential technique in plant breeding. In France, government-funded agricultural research organizations such as the Institut National de la Recherche Agronomique (INRA) and Centre de cooperation Internationale en Recherche Agronomique pour le Développement (CIRAD) have a mandate to carry out research to assist the plant breeding effort of seed companies and technical institutes in France and national research programs in developing countries, respectively.

Now, the policy of public agricultural organizations on GM technology is to use transgenesis (the transfer of genes from one organism to another) as a laboratory tool to improve the research methodology. However, for applied research, genetic modification could be carried out only when no other conventional means to improve a breeding trait are available. These institutes have no program now that aims to release GM crops in the next 10 years.

A shift in perception of GMOs?
In the last 5 years, new genome modification technologies that can precisely change the genome at a predetermined site, without modifying the neighboring genetic context, have become commercially available for use. Recently, this has been successfully done in rice (Li T, Liu B, Spalding MH, Weeks DP, Yang B. 2012. High-efficiency TALEN-based gene editing produces disease-resistant rice. Nat. Biotechnol. 305:390-392.).

Eventually, it will be difficult and sometimes almost impossible to discriminate the modifications obtained through these new methods compared with those using classical hybridization and mutagenesis or ways to induce the development of mutations in an organism. The years to come will tell us whether these novel genomeediting technologies can shift public perception on GMOs, as well as the definition in the EU legislation and public investments in research on GMOs.