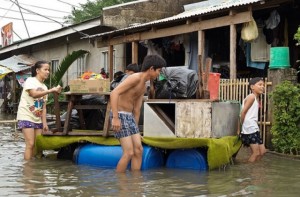 Forecasting changes in climate has always been a complex task. However, with the development of new regional down scaling tools, such as PRECIS, studying the causes and patterns of climate change has at last become less difficult.

PRECIS, or Providing Regional Climates for Impact Studies, was developed by the Hadley Centre of the UK Meteorological Office for impact studies in developing countries. Previously, climatologists mainly used General Circulation Models (GCM) that operate at a global scale and can generate illustrations with a resolution ranging from 150 × 150 km to 300 × 300 km. In studying more regional scopes, however, these resolutions tend to fall short of providing a clearer picture. Although for now GCM cannot provide finer resolution, regional down scaling tools have been developed to complement GCM. One of these tools is PRECIS, which can produce high-resolution climate change scenarios for a selected target region.

Understanding the advantages of this tool, the International Rice Research Institute’s (IRRI) Climate Unit has now adopted PRECIS in its studies of climate change in relation to rice growing. In its first study done in 2009 in the Philippines, it was able to assess potential rice production output in seven provinces by analyzing the type of climate each area has and by identifying hot spots of high vulnerability, that is, rice production areas that are especially vulnerable to expected climate change (see figure below). The report hoped to help the government and other stakeholders in their long-term planning and policy development to improve rice production.

With the success of this initial research, IRRI will also do similar assessments in other rice-growing countries in the next few years. In fact, the IRRI office in India has already started doing a study on Northern India.